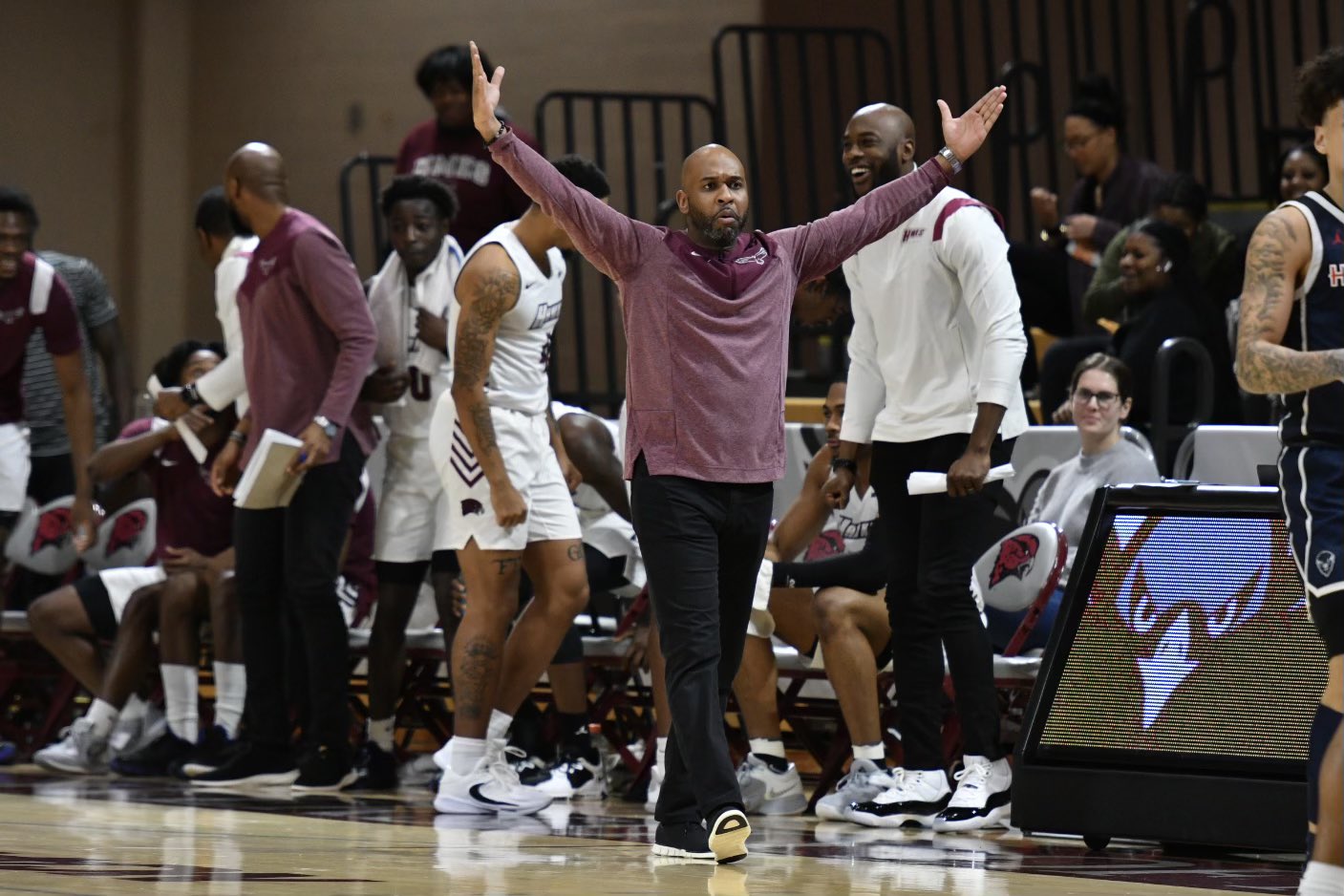 Maryland Eastern Shore ranks seventh in the nation in steals per game, averaging 10.4 per contest. UMES also sits in the top 25 in the country in turnovers forced per game (16.87).

The win over the Bison moves Maryland Eastern Shore to 6-0 at home and an even 8-8 overall this season. It is also the Hawks first win over Howard since January 4, 2020 and the team’s second victory over the Bison since the 2015-16 season.

Howard opened the contest with a 7-2 lead in the first minute, which the Hawks quickly narrowed to a two-point margin. A made three saw the Bison again lead by five, but UMES responded with an 11-0 run to lead 16-10.

The Bison came out swinging in the second half, slimming the margin to six once again with 15:01 to go, but Maryland Eastern Shoredid not give an inch. The team delivered another blow to Howard via a 13-4 run to take a commanding 60-43 lead.

Both teams found themselves in foul trouble late in the contest, resulting in an abundance of free throws down the stretch. Howard made several pushes to get back in the game, but Maryland Eastern Shore again prevented the Bison from clawing within six and secured the victory.

“We scrapped the way we needed to and we protected home court,” head coach Jason Crafton said.

The Hawks shot 55 percent (33 of 60) from the field against Howard, their best shooting clip of the season. The team also tied its season-high with 20 assists in the conference matchup.

Maryland Eastern Shore ranks seventh in the nation in steals per game, averaging 10.4 per contest. UMES also sits in the top 25 in the country in turnovers forced per game (16.87).

Da’Shawn Phillip and Ahamadou Fofana led the Hawks with four assists each. Phillip finished with 12 points, five rebounds and a steal, while Fofana scored 10 on 4-for-4 shooting with three boards.

Troy Hupstead posted double-digits off the Hawk bench, dropping 13 and cleaning the glass three times. Tuka Nugent also played a significant role for the Hawks on the night adding seven points, five rebounds and trios of assists and steals.

“We got great bench play from Tuka Nugent and Troy Hupstead,” Crafton said. “They provided a major spark.”

Maryland Eastern Shore gets a breather after its first MEAC weekend of the season. The group will look to secure their seventh consecutive home victory on Saturday, January 14 when they host the Delaware State Hornets at the Hytche.

Tip for the contest is scheduled for 4 p.m., but as usual the game will be played 30 minutes following the conclusion of the women’s contest at 2 p.m.