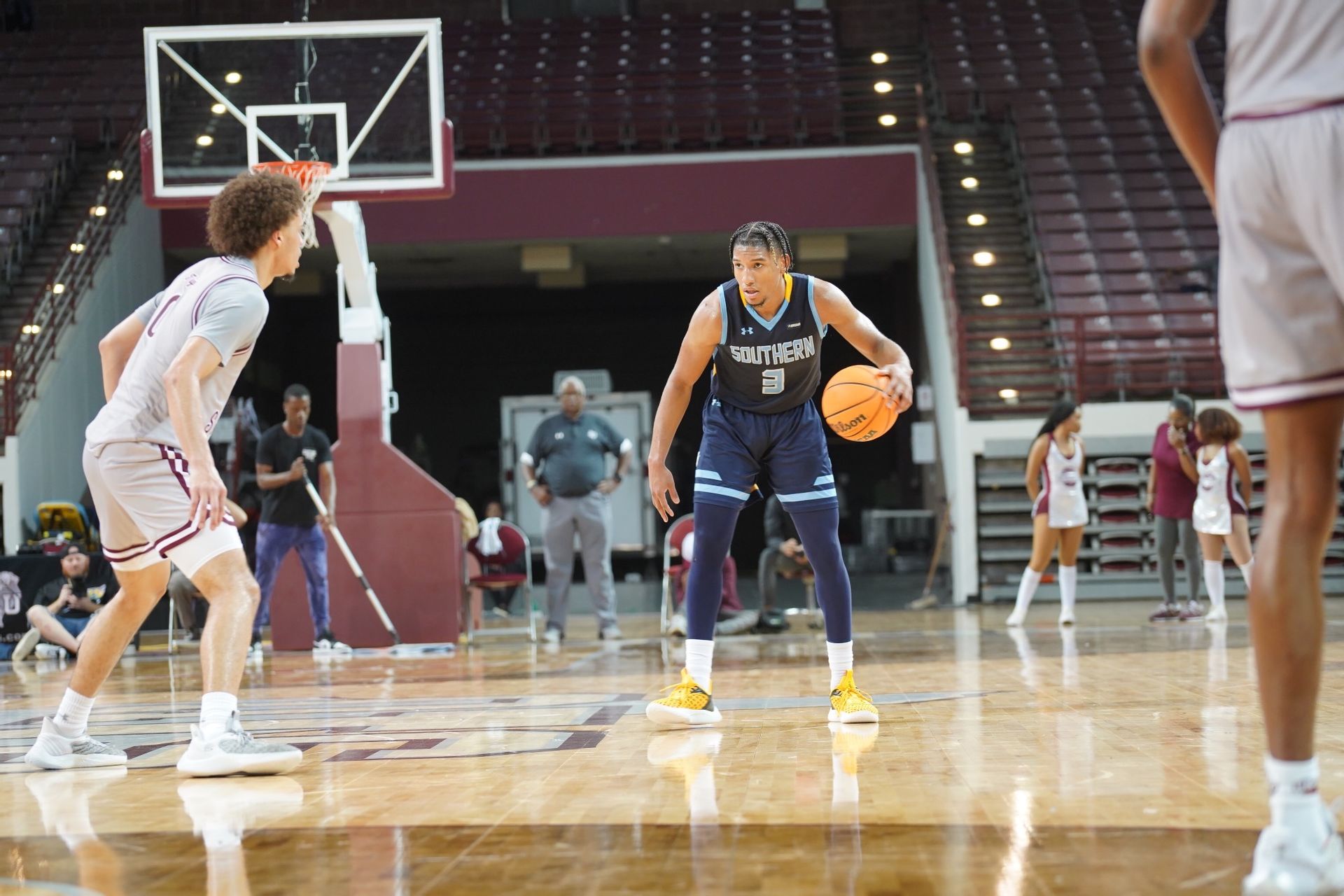 The Jags were impressive on the offensive side of the ball, racking up 1.24 points per possession on 57% shooting from the field.

Southern recorded its third straight win in dominating fashion, handing Florida A&M an 84-66 loss at F.G. Clark Activity Center on Saturday evening. The Jags trailed at the half, but they jumped the Rattlers out of the break, pummeling them 58-39 over the final 20 minutes.

Tyrone Lyons scored 19 points to lead the way for Southern. As a whole, the Jags were impressive on the offensive side of the ball, racking up 1.24 points per possession on 57% shooting from the field. They clearly placed an emphasis on putting up deep shots, knocking down 10-of-21 three-point attempts.

FAMU was led by Dimingus Stevens, who put up 23 points against Southern. The Rattlers shot 25-of-54 from the field and 11-of-23 from behind the arc. That netted out to an average of 0.95 points per possession, which wasn’t enough to win.

Both teams face their next test on Jan. 10. Southern takes on Bethune-Cookman, while Florida A&M squares off with Grambling State. The Jags will look to keep their momentum rolling and earn another win. On the other side, the Rattlers will hit the road once again.