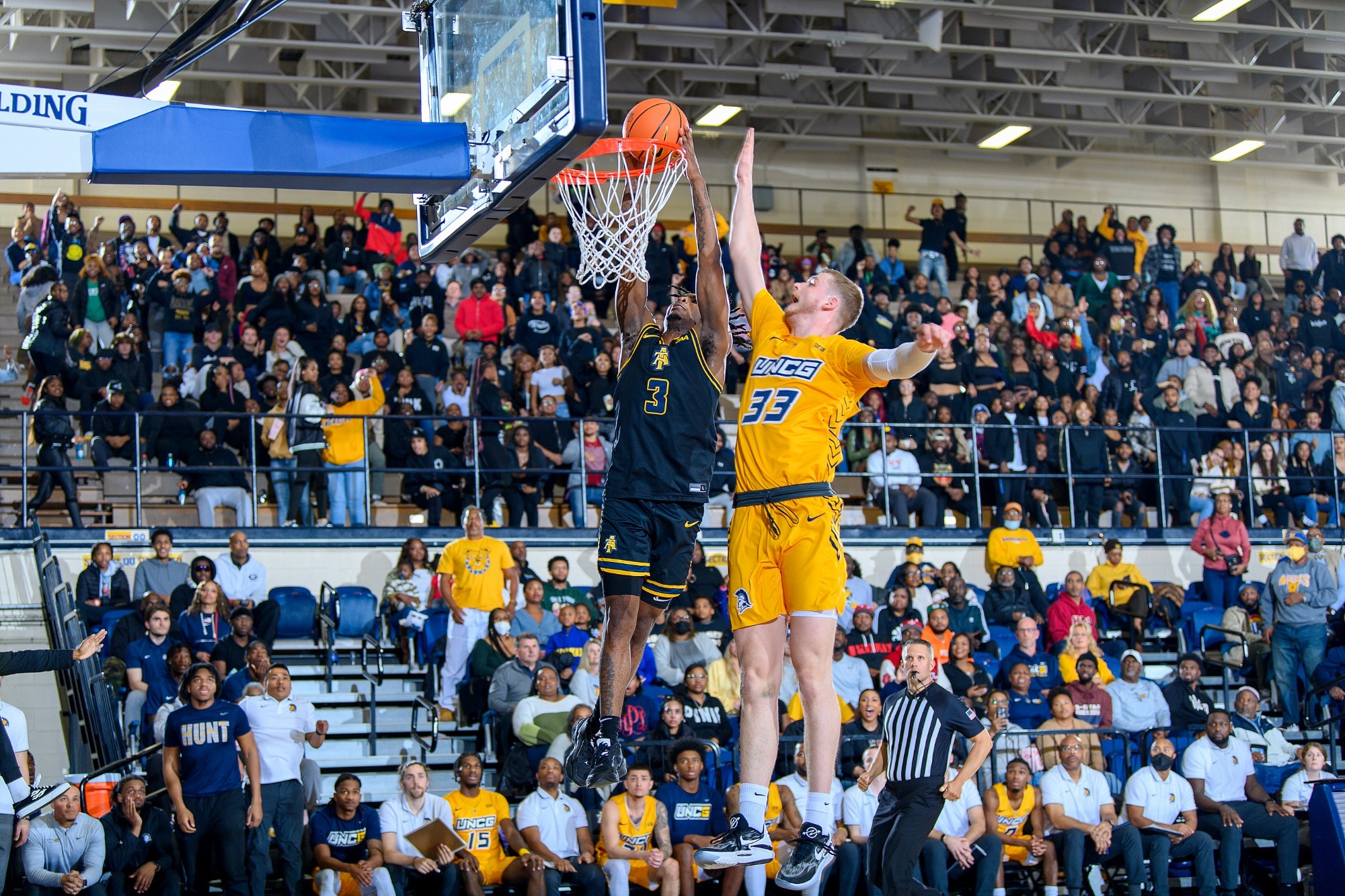 UNCW recorded their 13th straight win, handing North Carolina A&T a 66-61 loss at Ellis Corbett Sports Center on Saturday afternoon. The Seahawks got off to a good start, going into halftime with a 30-27 lead. They then continued to outscore the Aggies 36-34 in the second half to come away with the victory.

Maleeck Harden-Hayes scored 25 points and grabbed six rebounds to lead the way for UNCW. As a team, the Seahawks shot 44% from the field, 20% from behind the arc, and 90% from the free throw line. The advanced stats told a similar story, as the team put up 0.99 points per possession on 55% true shooting.

Kam Woods put up 24 points to lead North Carolina A&T. The Aggies shot 19-of-51 from the field and 8-of-21 from behind the arc. In total, their overall offensive efficiency wasn’t great, and was a major factor in the loss. They scored just 0.87 points per possession on 49% true shooting.

Both sides have some time off before facing their next opponents, which won’t be until Jan. 12. UNCW gets a chance to end Col. of Charleston’s winning streak, while North Carolina A&T faces an Elon squad recovering from a loss of its own. The Seahawks will look to continue their solid play in their return home. On the other side, the Aggies will get a shot to recover from this loss.