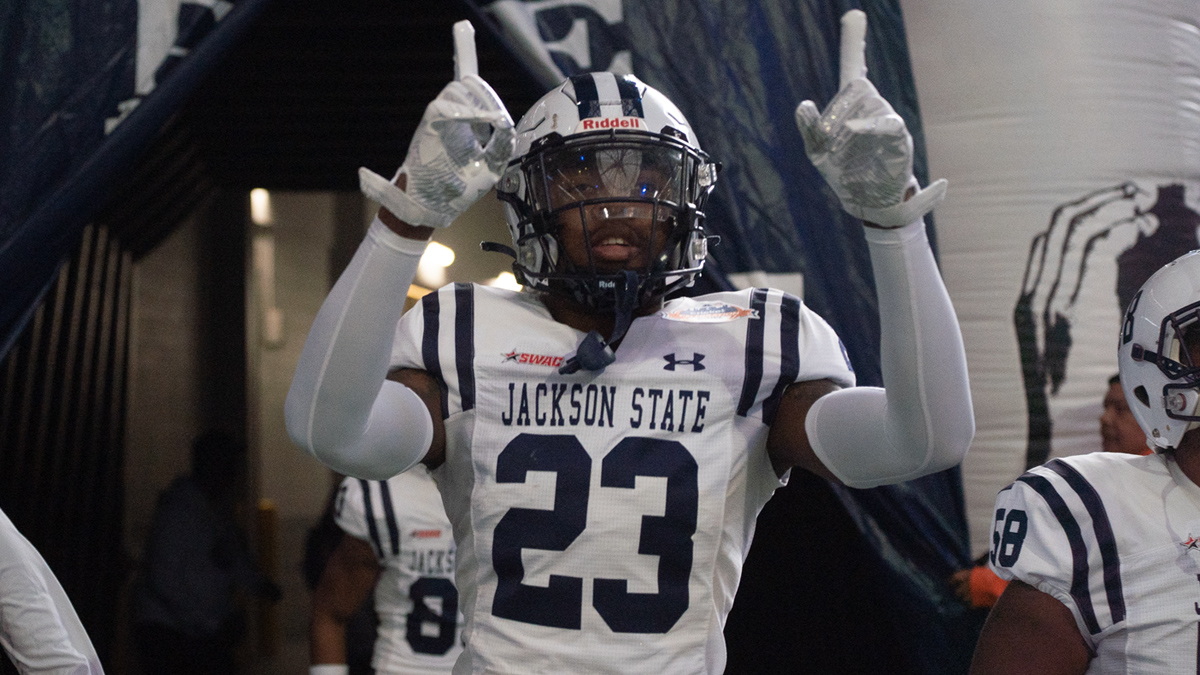 Isaiah Bolden, one of the first transfers Deion Sanders landed at Jackson State, is headed to the showcase.

Jackson State University cornerback  Isaiah Bolden has been selected to play in the NFLPA Collegiate Bowl.

The NFLPA Collegiate Bowl is a premier postseason all-star game featuring the country’s top NFL-draft eligible college football prospects. Participants are coached by a group of NFL legends and Hall of Famers.

A four-star prospect out of high school, Bolden started his career at Florida State before transferring to Jackson State after Deion Sanders was hired prior to the spring 2021 season. He started and appeared in three games before missing the rest of the abbreviated season due to injury.

That fall he led the nation (both FBS and FCS) in kickoff return average at 36.9 per attempt and tied for FCS lead with two KOR touchdowns.

During the 2022 season, Bolden (6-2, 205; Sr., Tampa, Fla.) made 44 tackles (30 solo), with 2.5 tackles for loss, one fumble recovery, and seven pass breakups while averaging 26.0 yards on kickoff returns. He made career-high nine tackles and had a 31-yard kickoff return vs. Alabama State and tallied five tackles and career-best three pass breakups vs. Alcorn.

The NFLPA Collegiate Bowl is scheduled for Saturday, January 28 at the Rose Bowl in Pasadena, Ca.