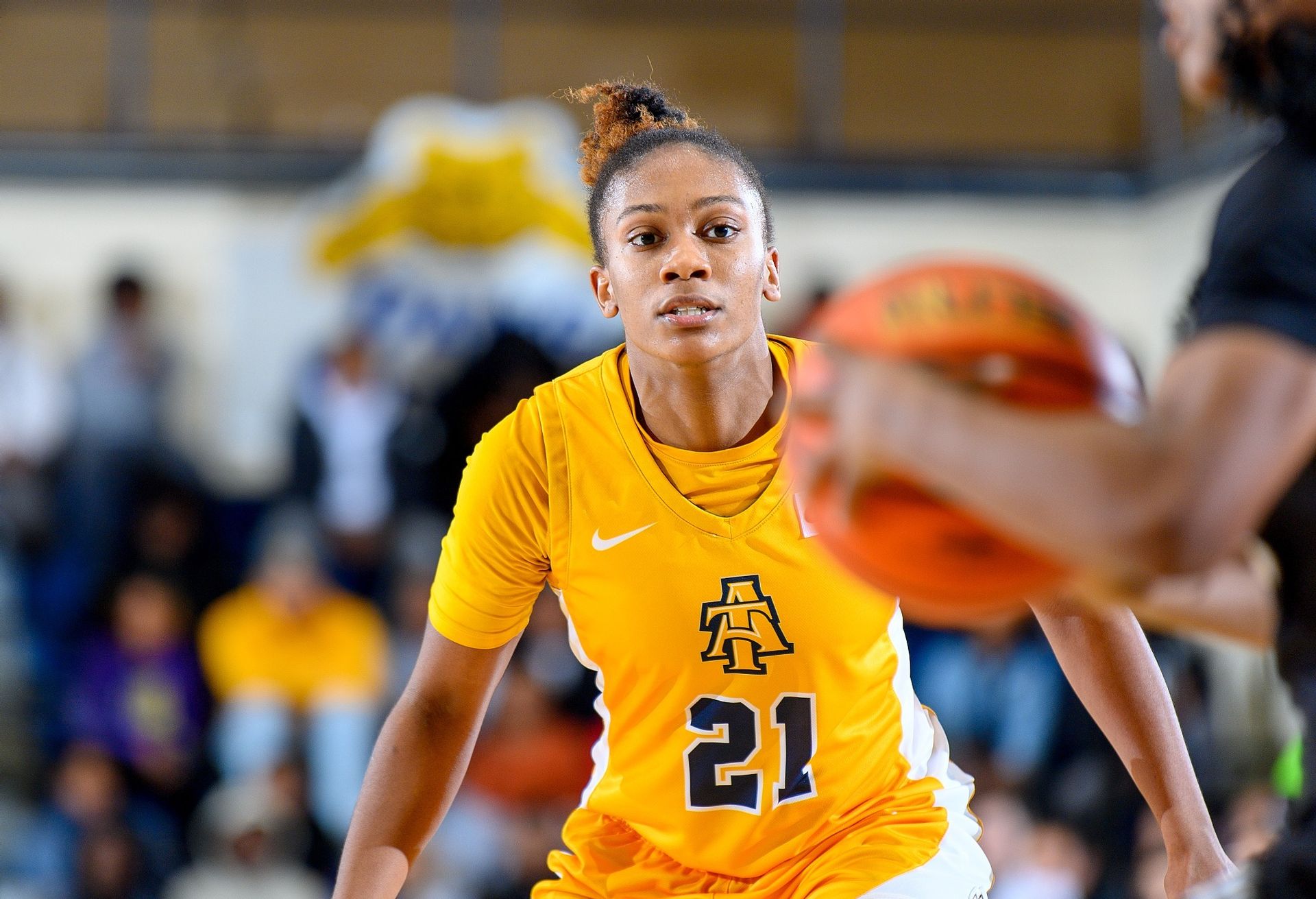 The NC A&T women continue to get acclimated in the CAA and rack up the wins.

North Carolina A&T recorded its fifth straight win in dominating fashion, handing Hofstra a 63-44 loss at David S. Mack Sports and Exhibition Complex on Sunday afternoon. The Aggies had the upper hand in this one, going into half with a six-point lead and outscoring the Pride 34-21 in the final 20 minutes.

Jazmin Harris scored 16 points and grabbed six rebounds to lead the way for NC A&T. As a team, the Aggies shot 48 percent from the field, 29 percent from behind the arc, and 69 percent from the free throw line. The advanced stats told a similar story, as the team put up 1.04 points per possession on 55 percent true shooting.

Hofstra was led by Emma Von Essen, who put up nine points. The Pride went 18-of-49 from the field in this one, including 8-of-23 from the three-point line. Their shooting was part of larger offensive struggles that contributed to the loss. Hofstra only mustered 0.72 points per possession on 45% true shooting.