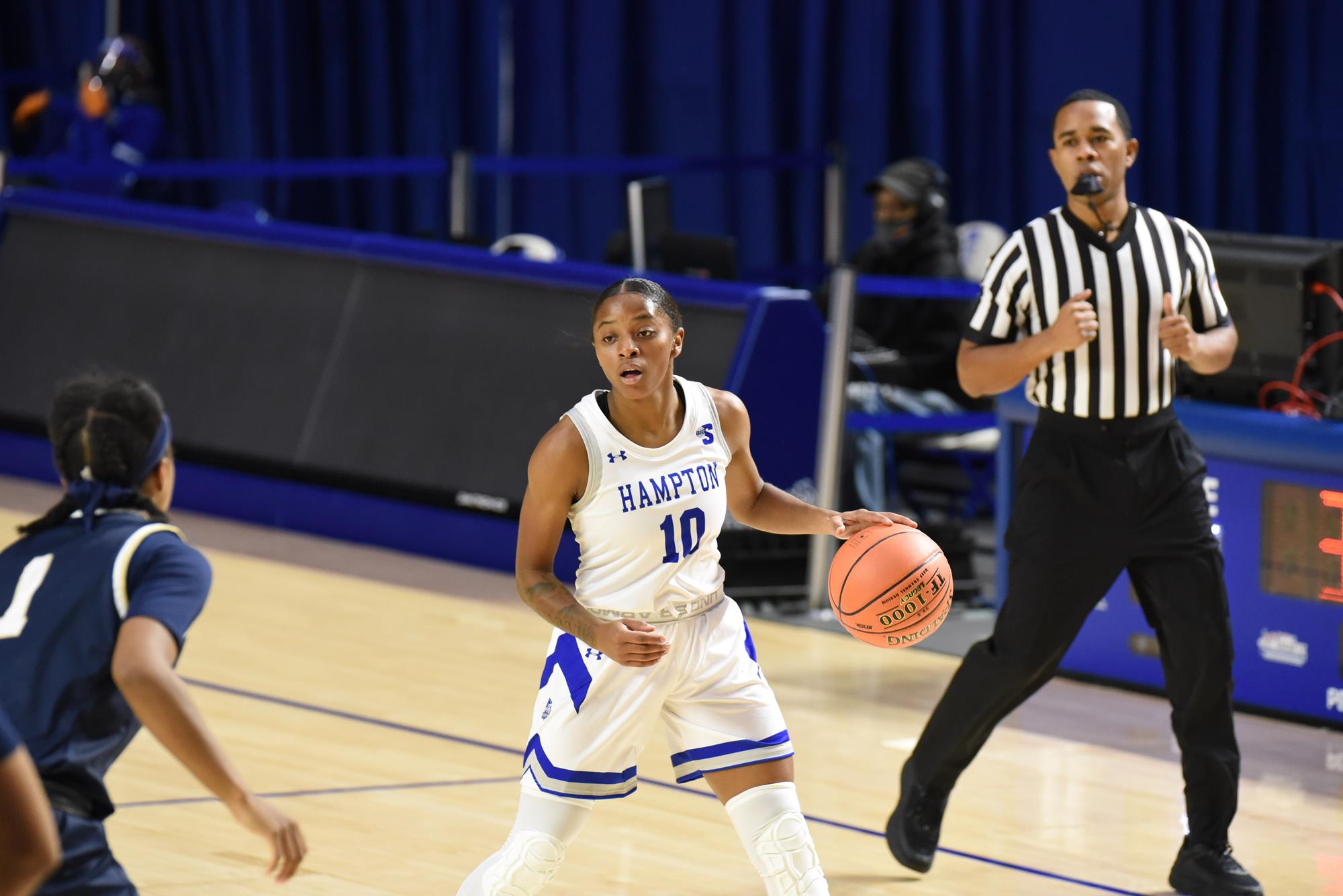 Towson broke its streak of two consecutive losses, defeating Hampton in an 86-47 rout on Sunday afternoon at SECU Arena. The Tigers had the upper hand in this one, going into half with a 27-point lead and outscoring the Lady Pirates 41-29 in the final 20 minutes.

Kylie Kornegay-Lucas accumulated 20 points, 11 rebounds, and five assists to lead the way for Towson. As a whole, the Tigers were impressive on the offensive side of the ball, racking up 1.14 points per possession on 52 percent shooting from the field. That offensive output included 9-of-23 shooting from beyond the arc and 17-of-26 shooting on free throws.

Madison Buford recorded 18 points and five rebounds, and Camryn Hill added another eight points to lead HU. As a team, the Lady Pirates struggled to get things going offensively, scoring just 0.62 points per possession on 27 percent shooting from the field. It was a tough day from 3-point range. The team’s shooters combined to go just 2-of-10 from deep.

Both CAA teams face their next test on Jan. 14. Towson hosts William & Mary, while Hampton readies for battle against a Drexel team who is playing great lately. The Tigers will look to earn another win on their home court. On the other side, the Lady Pirates will get a shot to recover from this loss.