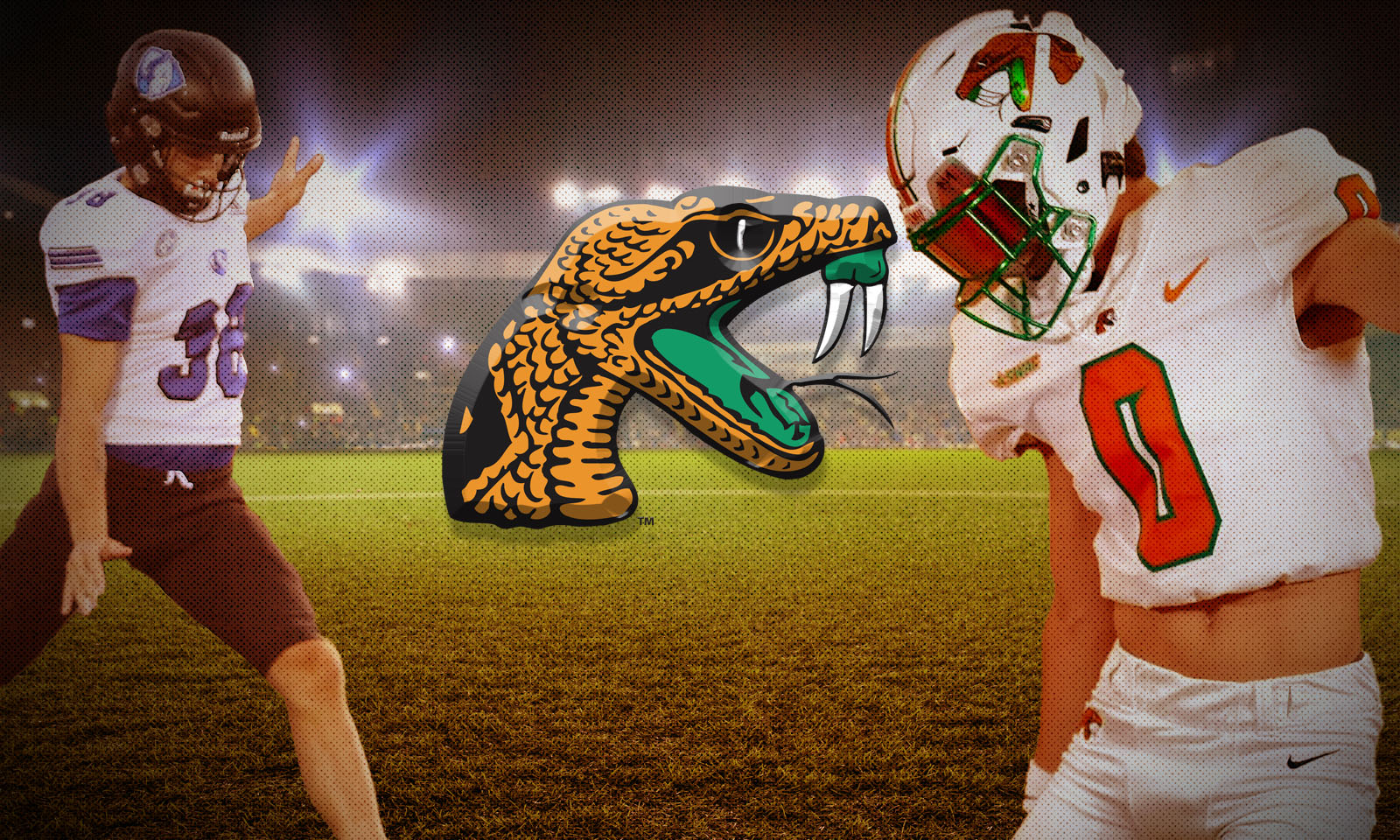 Florida A&M just secured the services of two of the highest rated specialists in its programs’ history.

He was blessed to inherit a punter that would lead the nation in Chris Faddoul.  Faddoul was an All-American for three years at punter, leading the entire NCAA in 2019 as just a sophomore.  Faddoul left as the most decorated punter in FAMU history, making All-American three years while carrying nearly a 4.0 GPA.

Simmons was blessed to have a rock solid kicker in Yahia Aly, an All-MEAC kicker in his stable when he arrived in 2018. FAMU utilized the services of graduate transfer kicker Jose Romo-Martinez over the last two years.  Martinez played three years at Delaware State, earning first team All-MEAC and Special Teams Player of the Year before earning consecutive First-Team All-SWAC and First Team All-American.

As a duo, they were the most decorated specialists to ever don the orange and green and the only two specialists to earn both All-MEAC and All-SWAC first teams as they were on FAMU’s team during the transition to the SWAC.

Simons also brought in a bonafide special teams coach to the fold in 2022.  Chili Davis took the reigns of special teams and it showed its worth with Faddoul and Martinez earning All-SWAC and All-American honors to conclude their careers.

“Chili Davis was the biggest signing we did in the 2021 class,” said Simmons.  “To bring in a guy solely dedicated to special teams was huge for us and he takes pride in doing so.  It frees up our other position coaches to concentrate on their position assignments.”

Simmons is bringing in the school’s most decorated special teams prospects to campus to bolster the kicking and punting positions including bringing in the first 5-star rated kicker in FAMU history.

Michael Smith, a highly rated kicker from Maclay High School in Tallahassee will join Florida A&M for next season.  Smith will battle another local standout in Jack Brooks from Tallahassee’s Leon High School for the starting kicker position.  Brooks, waiting in the wings behind Romo-Martinez, was rated the top kicking prospect out of Tallahassee in 2021 and was considered a steal for the Rattlers when he signed.  Both Smith and Brooks double as punters.

But, they will only be positioning themselves for the backup role in punter as Trey Wilhoit will transfer into Florida A&M from Eastern Illinois.  Wilhoit was a semi-finalist for National Punter of the Year and earned Stats Perform All-American Third Team honors.  Last season Wilhoit averaged 44.0 yards-per-punt on 53 attempts for a total of 2,330 yards.  His longest punt was 62 yards with 11 fair catches, 14 balls downed inside the 20-yard line and 12 punts over 50 yards.  Wilhoit was First Team All-Ohio Valley Conference in 2022.

Simmons and Davis will also have Jah’Marea Sheread to handle punt returning duties.  Sheread led the entire NCAA in punt returns in 2021, but was hobbled with an injury that limited his attempts last season.  Finishing the season extremely solid in 2022 at wide receiver, Davis will no doubt be looking to rekindle Sheread’s NCAA-leading punt return status.