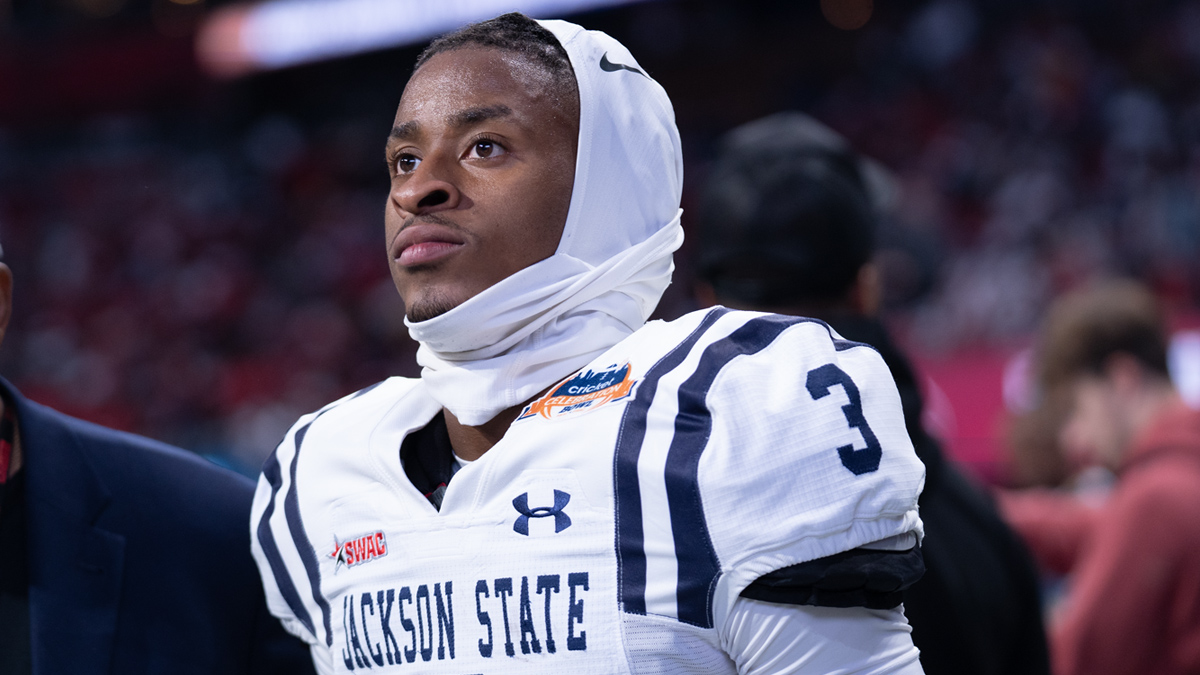 Former Jackson State four-star Kevin Coleman has found a new home, and its not in Colorado.

Coleman, a four-star prospect in the 2022 recruiting class, has decided to transfer to Louisville. He made his announcement via social media on Thursday.

Oregon, Ole Miss and Colorado were said to have been interested in Coleman, according to Athlon Sports. That’s not suprise as he was one of the top 55 players in his class according to 247 Sports.

Coleman had a big freshman season as he caught 31 passes for 461 yards and two touchdowns en route to being named the SWAC Freshman of the Year earlier this month. However, he saved the best for last as he caught seven passes for 137 yards and one touchdown in the Celebration Bowl, highlighted by an 85 yard touchdown catch from Shedeur Sanders.

After the game, as his JSU teammates hopped into the portal one-by-one, Kevin Coleman proclaimed that he was staying at Jackson State. But he eventually had a change of heart, hitting the transfer portal in late December. Unlike Travis Hunter and several other of his teammates, he won’t be headed to the PAC-12 but he will be playing in the ACC.