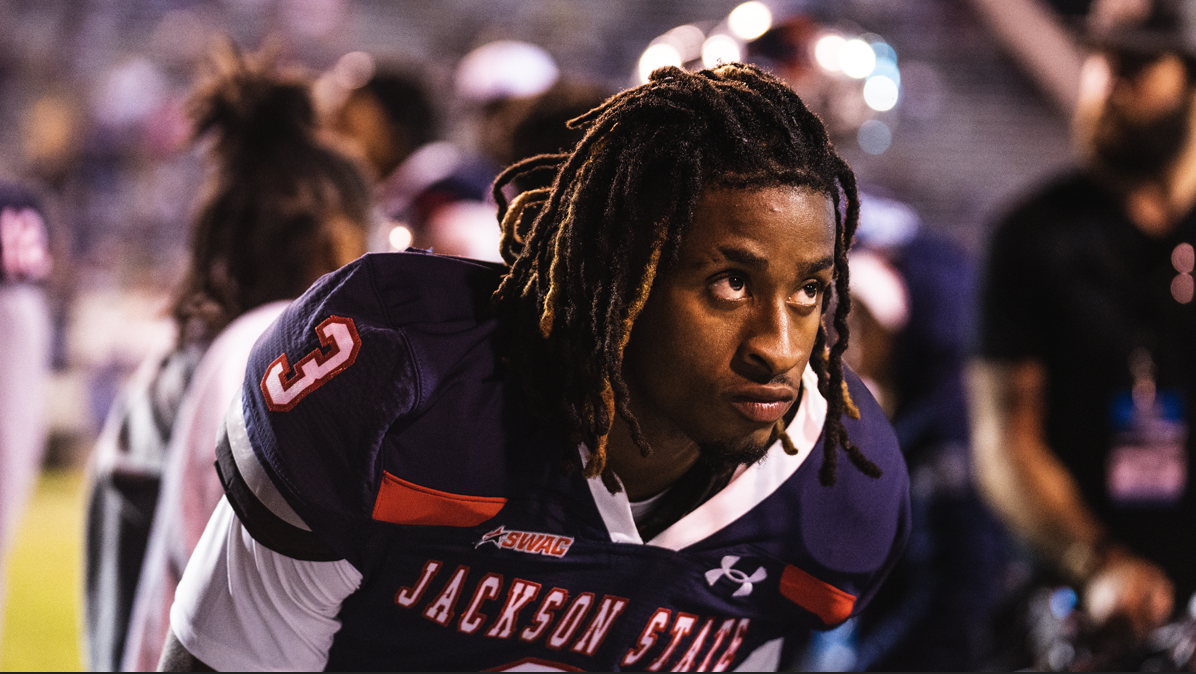 Kevin Coleman apparently thought about staying at Jackson State, but has decided to hit the transfer portal too.

After suggesting that he might stick around for the post Deion Sanders Era, it appears that Kevin Coleman will hit the transfer portal as well.

The former four-star receiver who spurned Power Five schools to play for Coach Prime at Jackson State announced he’s hitting the portal as well. He made his announcement via social media on Monday.

Coleman’s jump into the pool comes just two days after a loss in the Celebration Bowl to North Carolina Central and on the heels of the departure of Sanders for Colorado. It also comes on the heels of Travis Hunter’s transfer portal decision. Both Hunter and Coleman were top 50 players in the 2022 class who decided to play for Jackson State under Deion Sanders.

While he wasn’t as highly regarded as Hunter, who was listed as the top player in the 2022 class for a long time, Coleman was another big get for JSU and he had just as big of an impact.

Coleman caught 31 passes for 461 yards and two touchdowns en route to being named the SWAC Freshman of the Year earlier this month. However, he saved the best for last as he caught seven passes for 137 yards and one touchdown in the Celebration Bowl, highlighted by an 85 yard touchdown catch from Shedeur Sanders.

After the game, as his JSU teammates hopped into the portal one-by-one, Kevin Coleman proclaimed that he was staying at Jackson State. But apparently, he’s had a change of mind and is ready to see what opportunities await him as more than two dozen of his teammates have done the same thing.