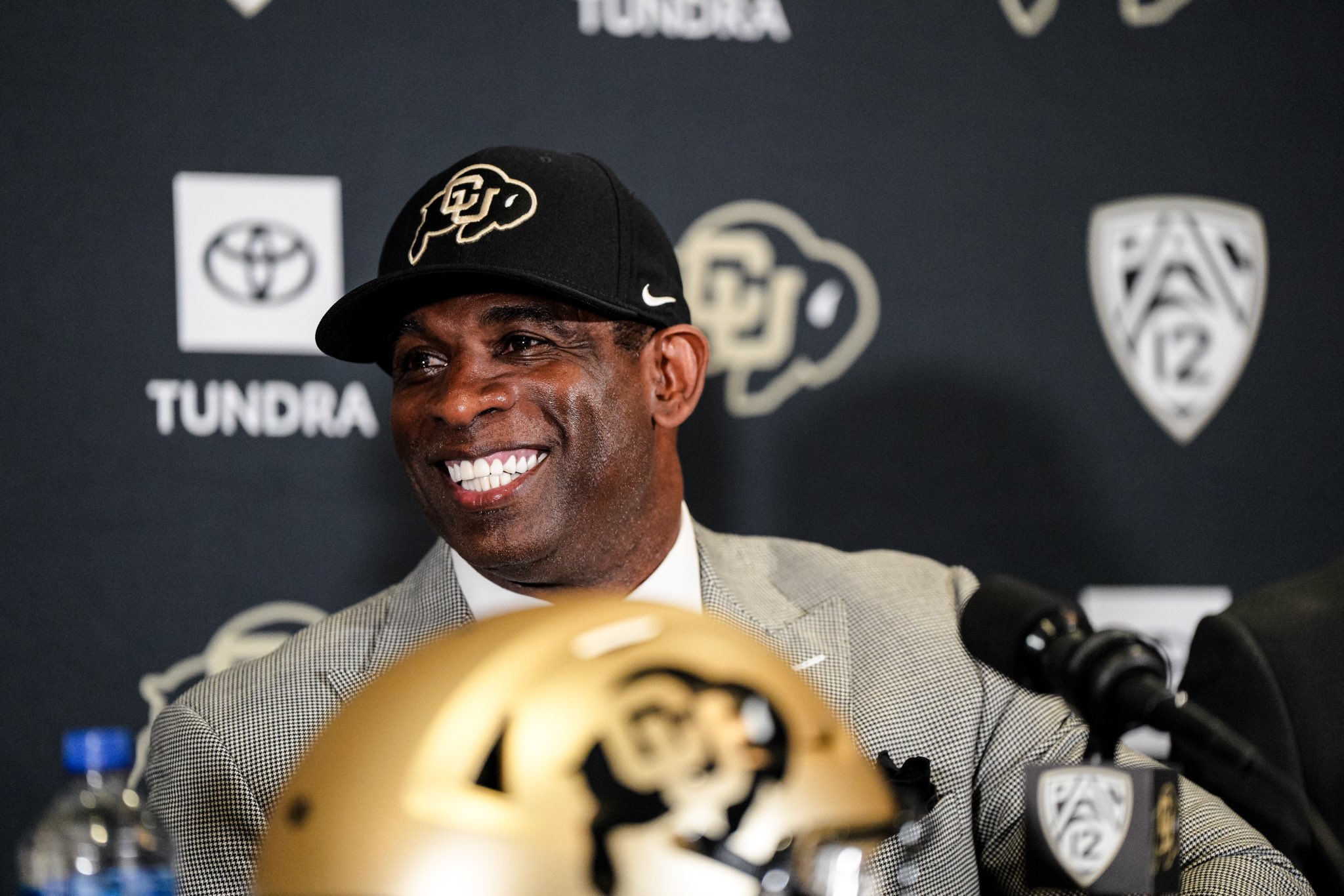 Deion Sanders never wore Nike at Jackson State, but he’s contractually obligated to do so at Colorado.

Deion Sanders avoided wearing Nike at Jackson State, but that won’t be the case at Colorado.

Sanders’ contract at Colorado calls for him to “wear Nike-branded Buffs products,” according to the Denver Post. The school currently has a contract with the apparel provider through June 30, 2025.

That’s a sharp contrast to his first collegiate coaching job at Jackson State, where Sanders never wore any Nike apparel despite the fact that JSU was a Nike school when he was hired back in Sept. 2020.

Once one of Nike’s top endorsers as a player, the relationship between Deion Sanders and the company went sour at some point. Eventually, Sanders and Under Armour developed a long-standing relationship that dates back more than a decade. Sources indicate to HBCU Gameday around the time of his hiring that the program’s Nike affiliation was a point of discussion and ultimately, Jackson State ended its third-party deal with Nike for a direct deal with Under Armour.

“We’re going to go directly to Under Armour for all of our needs, and all of our wants,” Jackson State assistant AD Troy Johnson told ‘Tiger Talk With The 1400 Klub Podcast” back in 2019. “And I think that’s going to be big. That’s going to help us cross all different kinds of platforms.”

Starting with the 2021 spring football season, Jackson State has been wearing Under Armour. The company provided Jackson State with a myriad of uniform options from jerseys to helmets. Just before he announced his move to Colorado, Deion Sanders hosted Under Armour CEO Kevin Plank, who came and spoke to the players. Sanders has said he expects that relationship to continue even though he’s no longer there.

In the meantime, Coach Prime will be wearing the Swoosh as part of his new five year, $29.5 million dollar deal.