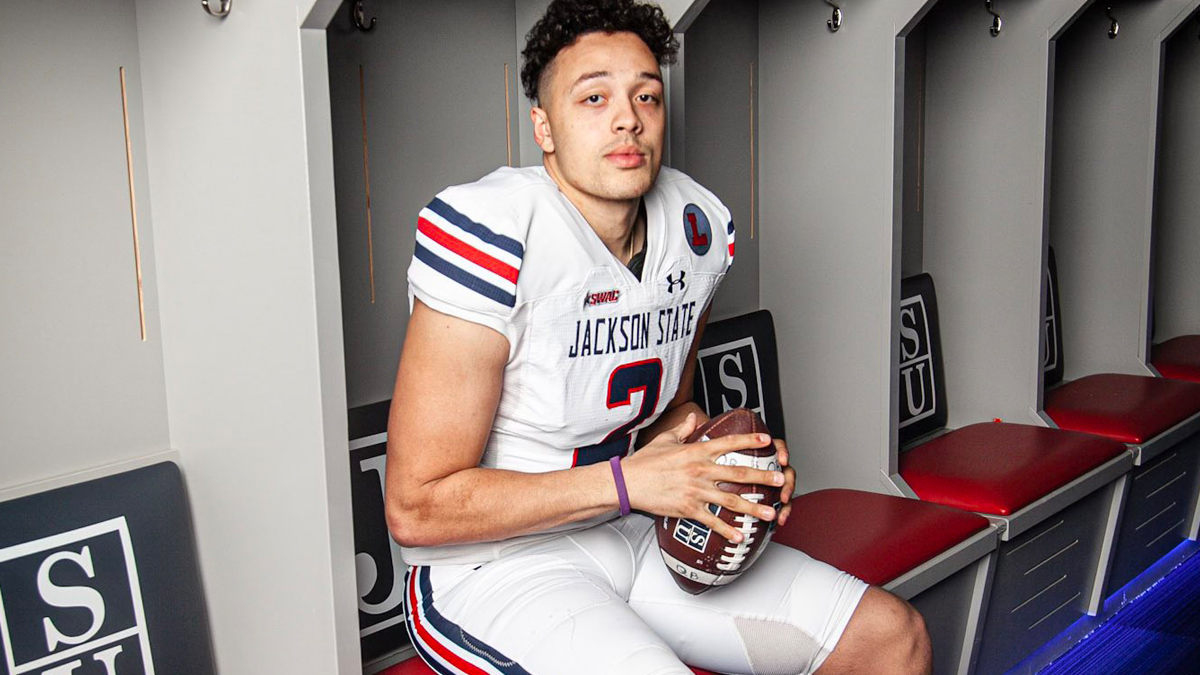 Jackson State just brought in a well-traveled QB who has played in the ACC and SEC.

Jackson State continues to rebuild under T.C. Taylor, including a quarterback who has both an ACC and SEC background.

Jason Brown has committed to Jackson State. The former Virginia Tech and South Carolina quarterback announced his commitment via Twitter on Thursday.

A Fredricksburg, VA product, Brown was a three-star prospect on the 247 Sports scale back in 2017. He got looks from a few FBS programs, but no offers, and ultimately ended up at Saint Francis. He would redshirt as a freshman that season, and play sparingly as a redshirt freshman in 2018 before having a breakout season in 2019. He was named a FCS All-American after leading the Northeast Conference with 3,084 passing yards, completing 251 of 403 passes (62.3%) with 28 TDs and six INTs. He also added one rushing score. He posted a trio of 300-yard passing games for the Red Flash, including a career-best 383 yards vs. Sacred Heart.

The next year-and-a-half he sat as St. Francis didn’t participate in the 2021 spring season. By that time he was off to test his fortunes in the SEC at South Carolina. After starting the season as a backup he was inserted against Florida in a game that he went 14-of-24 for 175 yards and two touchdowns. He remained the starter for the remaining three games of the season. Brown was 60-of-108 for 721 yards, tossing eight touchdowns and six interceptions through through games his lone season in Columbia. He entered the transfer portal after Spencer Rattler landed at South Carolina, returning to his home state.

It wasn’t exactly the homecoming Brown had envisioned, as playing time was scant. He completed 7-of-13 passes totaling 65 passing yards in three games as a reserve at Virginia Tech.

Now he’s headed to Jackson State as a graduate transfer as the two-time defending SWAC champions re-tool their offense under head coach T.C. Taylor and quarterbacks coach Quinn Billerman. Jackson State has been active in searching for its next quarterback since the departure of Shedeur Sanders, and Brown is the most experienced of all the candidates so far.