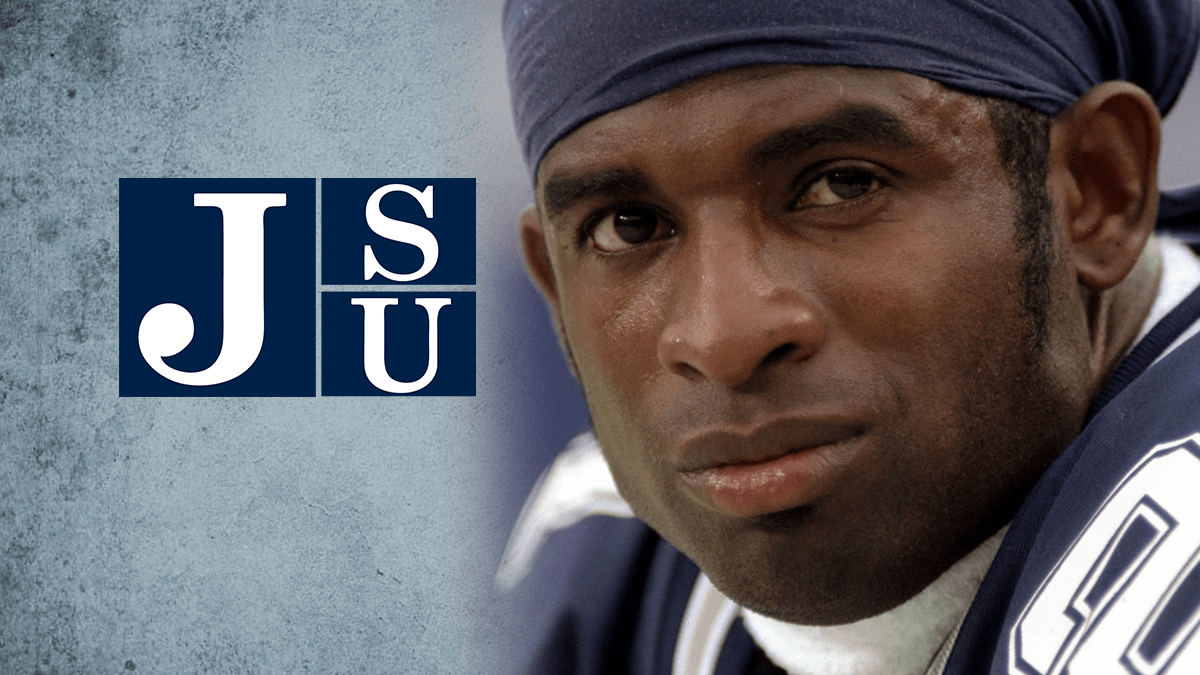 Jackson State reportedly has Deion Sanders in its sights for its coaching job. But the program’s deal with Nike could keep Primetime out of Jackson.

Deion Sanders to Jackson State could still be a thing. Or it could not.

Jackson State is reportedly interested in the Pro Football Hall of Famer for its head coaching position. However, a source tell HBCU Gameday that it is not a done deal due to multiple factors.

The source tells HBCU Gameday that current acting head coach T.C. Taylor is still a serious candidate for the job.

The decision could come down to Nike vs. Under Armour. Sanders is currently under contract with Under Armour.

Sanders was once a Nike athlete, and one of its biggest endorsers. But the relationship went sour, according to Sanders, when it refused to give him a signature cleat. This was despite the fact that he outsold Michael Jordan during his prime in the 1990s.

Jackson State signed an apparel deal with Nike in 2018. JSU has an exclusive deal with BSN and Nike for four years, and would have to pay heavily to get out of the deal. That would require the entire athletic department to get out of Under Armour.

Getting Deion Sanders would definitely make a splash, but will JSU have the money to cough up to get away from Nike?

Whomever JSU hires will be the fourth full-time head coach Jackson State has had since 2013 after it fired John Hendrick last month. About that same time, Sanders graduated from Talladega College. He was rumoured as a candidate back in August, and the buzz hasn’t died down.