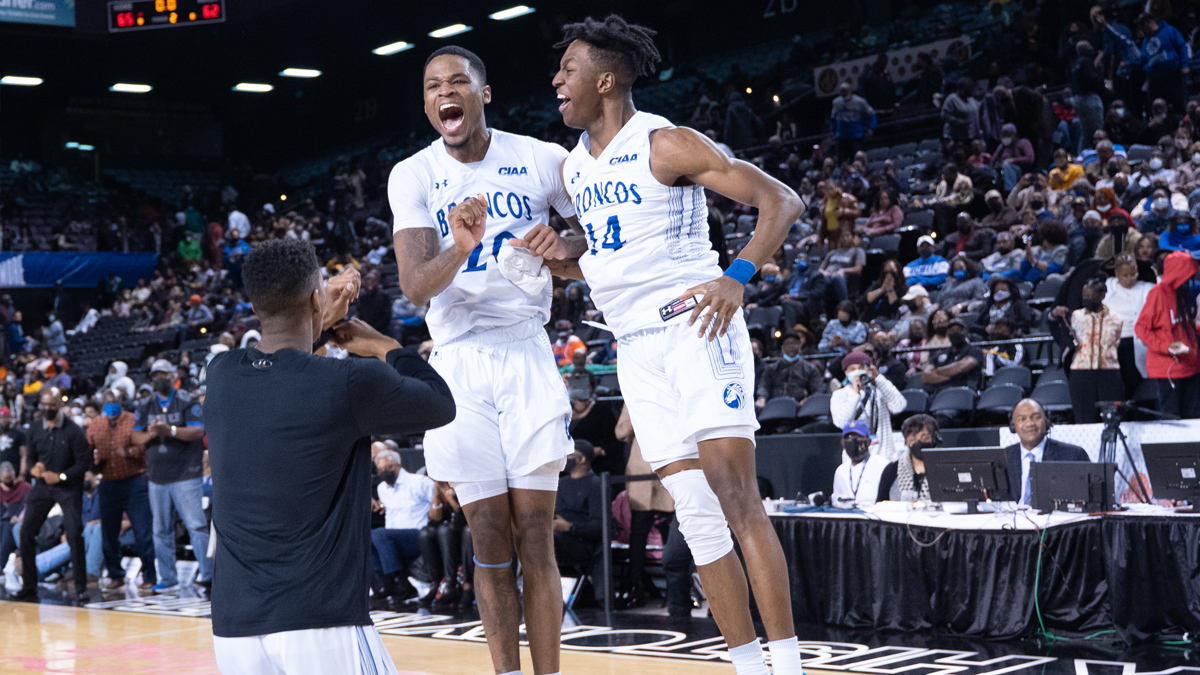 Darryl Myers knocked down a buzzer-beating layup with only four seconds on the clock to lead Fayetteville State past Lincoln (PA) on the road.

LINCOLN UNIVERSITY, PA — Darryl Myers knocked down a buzzer-beating layup with only four seconds left in the game to lead the Fayetteville State men’s basketball team past the Lincoln (PA) Lions 65-64 on the road Thursday.

The Broncos (8-8, 3-1 CIAA) had three players score in double figures, led by Tyler Foster, who had 21 points and six rebounds. Myers added a double-double off of the bench with 14 points and 14 rebounds and Kaleb Coleman chipped in as well with 10 points.

Myers also pulled down nine offensive rebounds to lead the Fayetteville State offense which grabbed 21 boards and turned them into 22 second-chance points.

Fayetteville State forced 15 Lincoln (PA) turnovers while committing 14 themselves in Thursday’s game. The Broncos turned those takeaways into 19 points on the other end of the floor. Cress Worthy’s two steals led the way for Fayetteville State. He also finished with six points, four assists, and seven rebounds.

Fayetteville State narrowed its deficit to 53-56 to cap a 9-2 run, following Tyler Foster’s jumper in the paint with 5:30 left in the game. Lincoln (PA) would respond with an 8-2 run of its own to push its lead from three to nine (64-55) with 2:12 left on the clock. Darryl Myers didn’t give up on his shot with a second chance put-back to spark a 10-0 run that led to the victory with four seconds to go in the contest. During the close-out run, FSU made 6-for-6 free throws. Isaiah Ray blocked LUPA’s Korey Williams shot, with nine seconds left, which led to a Worthy defensive rebound and the winning layup.

FSU took care of business in the paint, recording 22 of its 41 points in the lane.