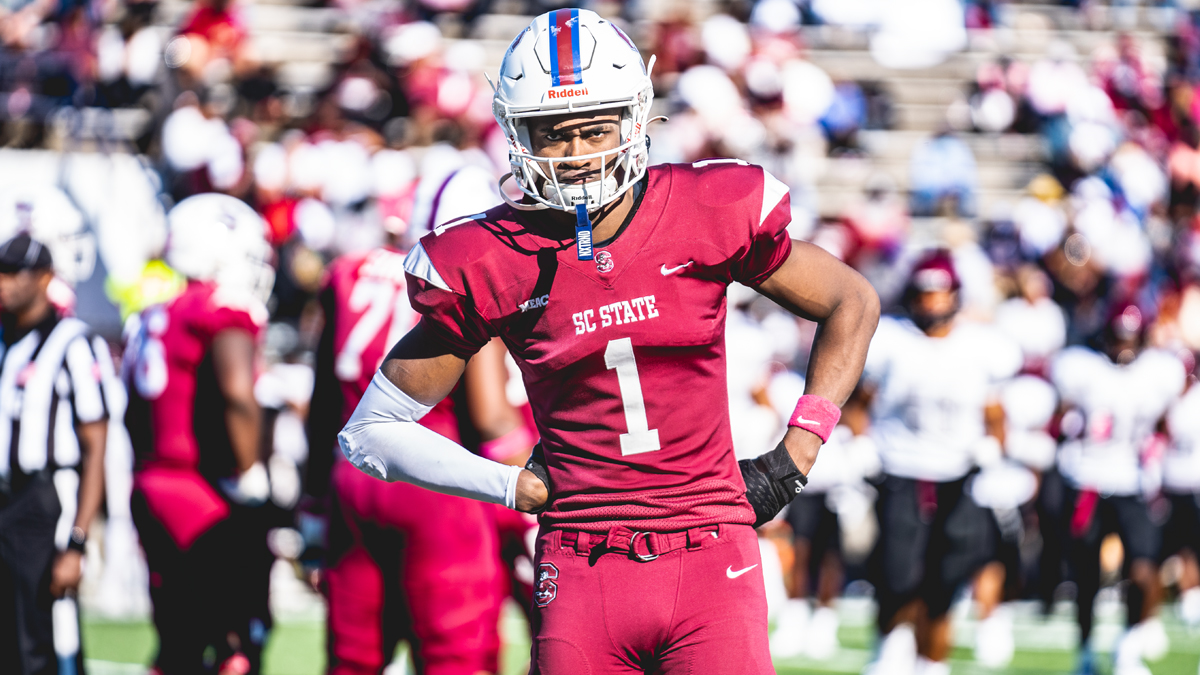 Shaq Davis explains why he is a fit for the NFL.

2023 NFL Draft prospect Shaq Davis breaks down his game in an interview with our Symone Stanley.

Shaquan “Shaq” Davis is a 6-foot-5, 220 pound wide receiver from South Carolina State University. Davis explains how his speediness for his height will set him apart from other 2023 NFL Draft prospects, how the SC State Bulldogs prepared him for the pros, and what he is working on during the offseason. Shaq Davis also discusses winning the 2021 Celebration Bowl against Jackson State University and performing the “Prime Shuffle” in the end zone.

“I want to thank the fans who have been there not only during our historic season in 2021 but also whether there during the rocky times as well. You all made my collegiate experience one that is unforgettable. I wouldn’t have wanted to play anywhere but my illustrious HBCU,” Davis wrote on social media last December.

Davis earned an invite to the 2023 East-West Shrine Bowl that will be held in Las Vegas in February. He plans to use the stage to showcase his talent against Power Five draft prospects. Davis finished with 2022 season with 934 receiving yards, 45 receptions, and 11 touchdowns. He had three games with over 100 yards receiving.