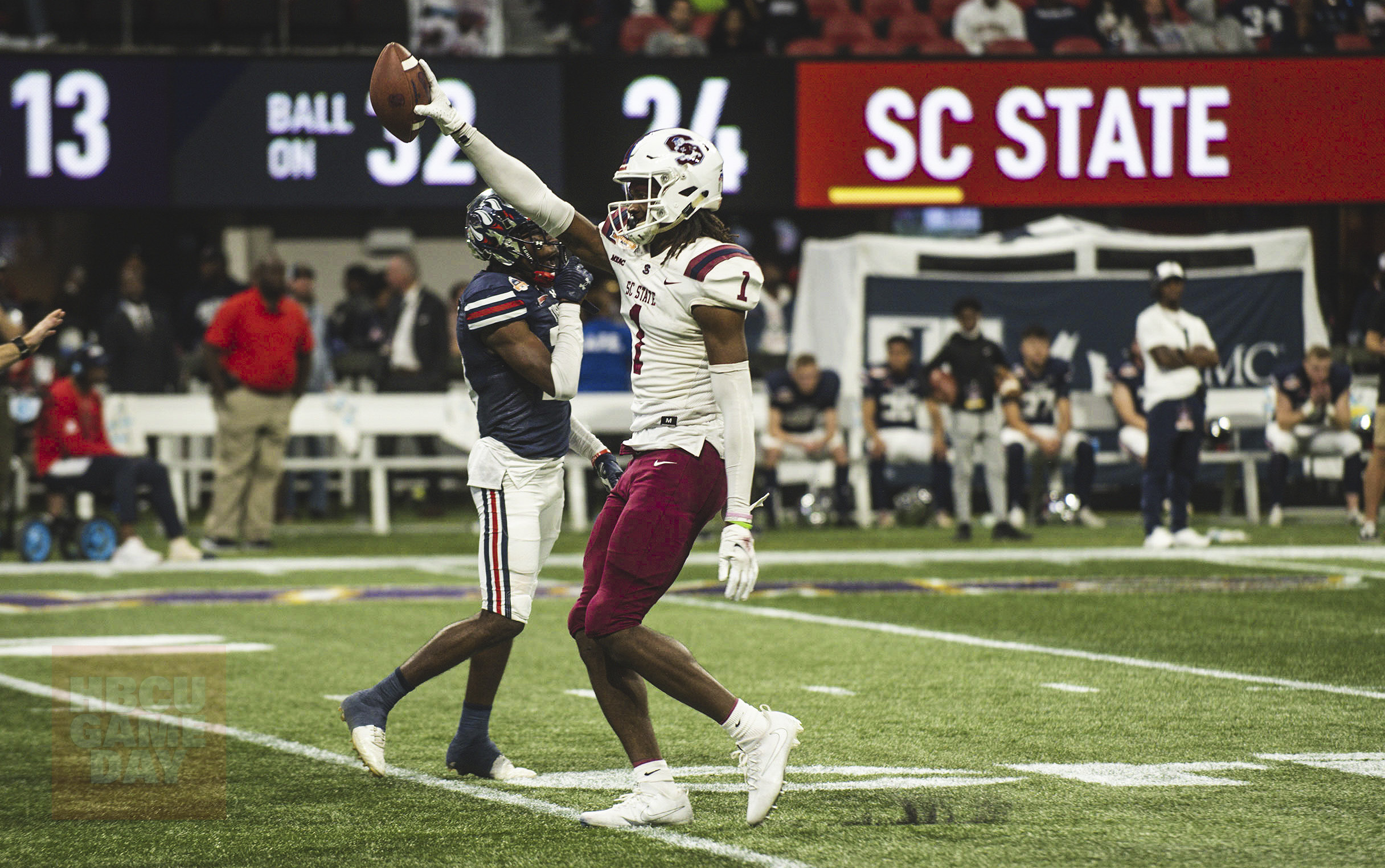 South Carolina State wide receiver Shaq Davis has decided to make that move and declare for the NFL Draft.

His message is as follows:

Next, thank you to the SC State coaching staff especially Coach Saxton and Coach Pough for taking a chance with me coming out of high school due to my situation. They saw something in me that nobody else could see. My position coach, Coach Bird for guiding me and coaching me hard and pushing me to be a better me. Not just football-wise. But as a person as well. The university for being a great environment for me and become the man I am today. I want to thank the fans who have been there not only during our historic season in 2021 but also whether there during the rocky times as well. You all made my collegiate experience one that is unforgettable. I wouldn’t have wanted to play anywhere but my illustrious HBCU.

Lastly my teammates, especially the YAC Boys for pushing me every day. Holding me accountable and making sure I’m putting forth max effort in everything. Whether that is in the weight room, classroom, practice — no matter what it was — they wanted me to be great at it.

With that said, I will be declaring for the 2023 NFL Draft.

Thank you to Bulldog Nation and everyone that has been with me since Day 1.”

Shaq Davis had prolific three-and-a-half seasons in Orangeburg. He caught 128 passes for 2,6407 yards for an average of 20.6 yards per catch while pulling down 29 career touchdowns. His breakout performance came in the Celebration Bowl against Jackson State when he hauled in three touchdown passes as SC State upset JSU.