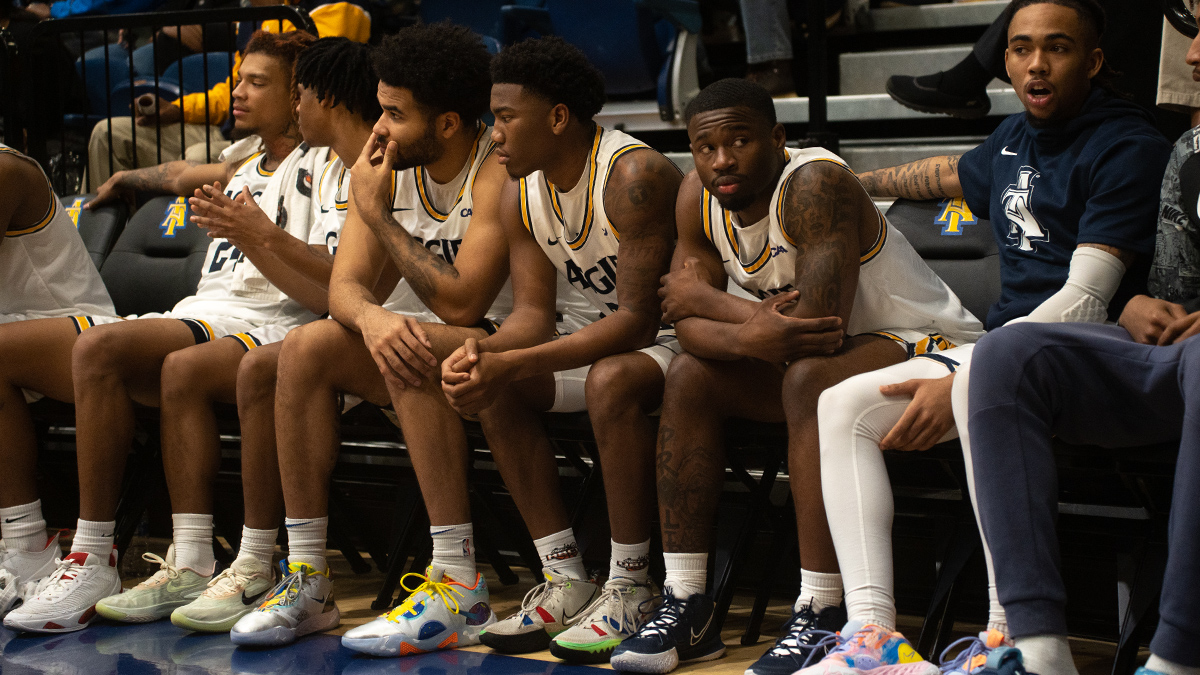 College of Charleston recorded their 14th straight win, handing North Carolina A&T a 92-79 loss at Ellis Corbett Sports Center on Wednesday evening. The Cougars went into halftime with a 20-point lead. Despite being outscored 48-41 in the second half, they were able to fend off the Aggies and hold on for the win.

Dalton Bolon scored 22 points and grabbed 10 rebounds to lead the way for College of Charleston. It wasn’t just Bolon though, the Cougars’ offense was humming on all cylinders. They poured in 1.17 points per possession on 49% shooting from the field. The transition game was a big factor to their success, 20 of the team’s points came on the fast break.

Kam Woods recorded 30 points, while adding six assists and six rebounds to lead North Carolina A&T. The Aggies shot 32-of-74 from the field and 10-of-28 from behind the arc. That contributed to their average of 0.98 points per possession and 51% true shooting, which wasn’t enough to secure the win.

Both teams face their next test on January 7. College of Charleston gets Delaware fresh off recent win of its own, while North Carolina A&T squares off with North Carolina Wilmington. The Cougars will look to keep their winning streak intact. On the other side, the Aggies will try to turn their home stand around.