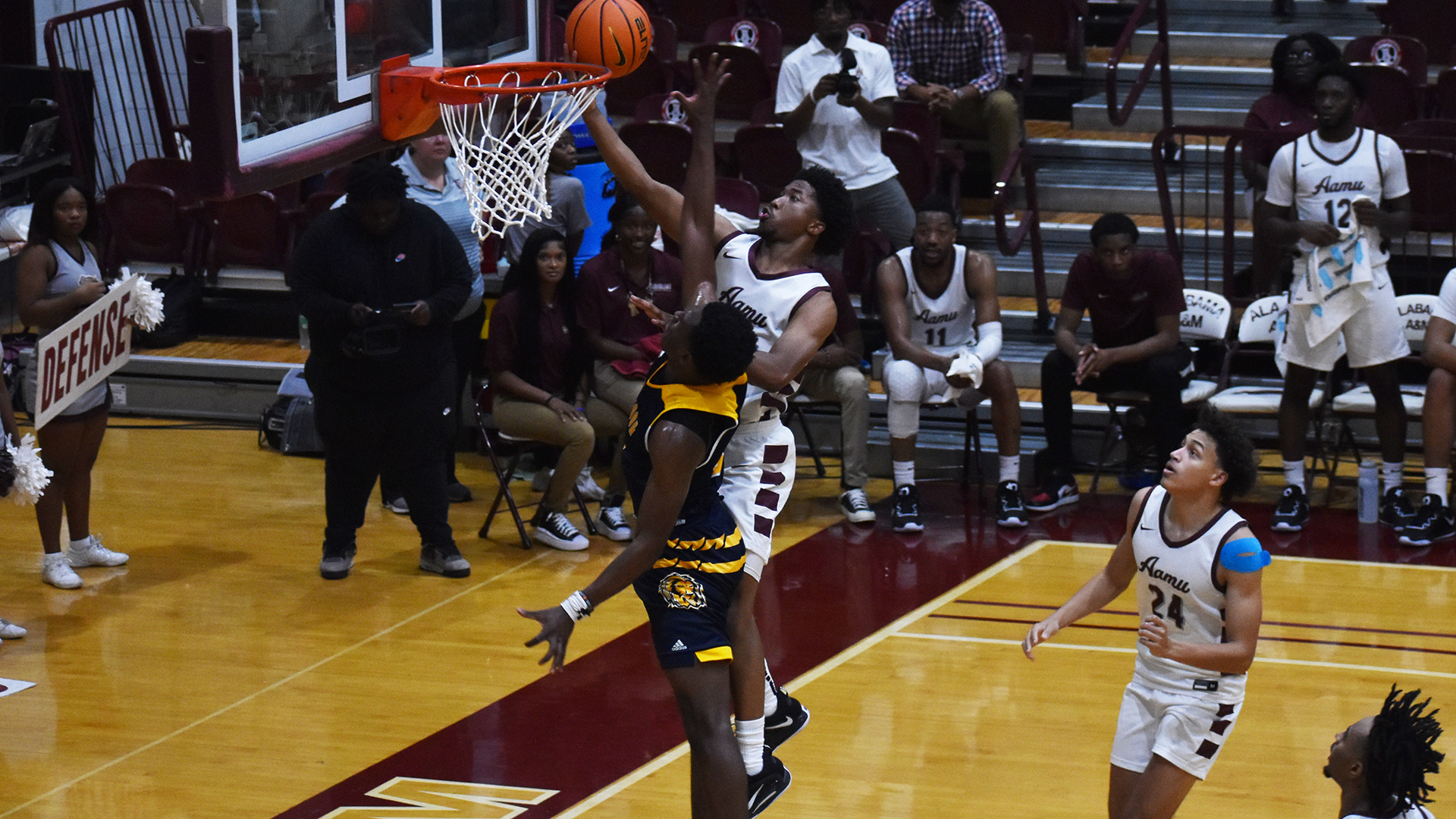 Garrett Hicks scored 10 of his 19 points down the stretch to ignite the Bulldog victory.

Alabama A&M broke its streak of three consecutive losses, defeating Arkansas-Pine Bluff in a 66-59 thriller on Monday night at Elmore Gymnasium in Huntsville, Alabama. The Golden Lions went into halftime with a one-point lead, but the Bulldogs wouldn’t go down without a fight. They outscored the Golden Lions 38-30 in the second half to come out on top.

Garrett Hicks scored 19 points to lead the way for Alabama A&M. That performance included an impressive 10 points in the second half to ignite the team down the stretch. Alabama A&M’s offense as a whole came out of the break with new energy. The team shot 52% from the field in the second half, scoring 1.08 points per possession. This was a big improvement from the team’s 34% shooting and 0.69 points per possession in the first half.

Brahm Harris scored 12 points while Kylen Milton added another 11 to lead the way for UAPB. As a team, the Golden Lions struggled to get things going offensively, scoring just 0.8 points per possession on 30% shooting from the field. It was a tough day from three-point range. The team’s shooters combined to go just 8-of-36 from deep.

These teams will have little time to prep for their next test, as each plays next on Jan. 5. Alabama A&M catches Mississippi Valley State University after a loss in its last game, while Arkansas-Pine Bluff meets Alabama State in a conference showdown. The Bulldogs will look to keep their momentum rolling and earn another win. On the other side, the Golden Lions will get a shot to recover from this loss.