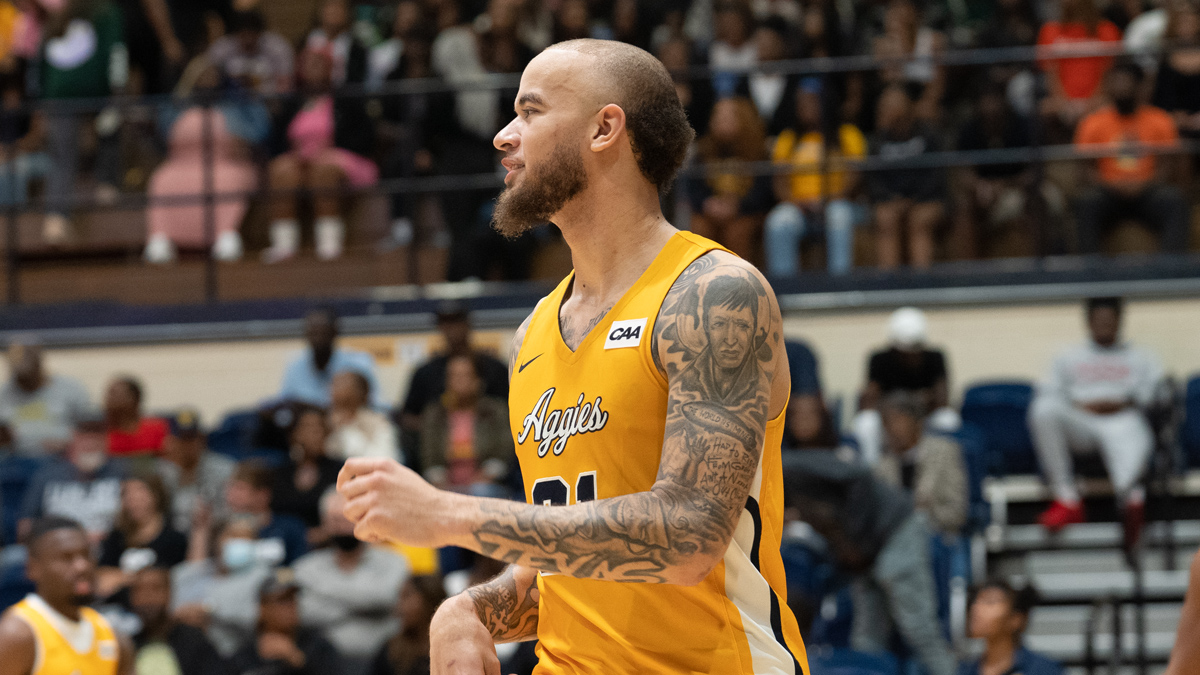 Powell, one of the highest-ranked recruits coming out of high school in program history, showed why last week.

The honor makes Duncan Powell the first player in program history to earn a CAA weekly honor. Powell, one of the highest-ranked recruits coming out of high school in program history, showed why last week. He combined to score 35 points, grab 19 rebounds, block two shots and record two steals as the Aggies went 1-1 in CAA action. Powell was also a combined 12-for-16 (.750) from the floor and 10-for-14 (.714) from the free throw line. In addition, Powell made the only 3-point shot he attempted during the week.

Before last week, Powell was 2-for-19 from 3-point range. With two big men already out for the season, and 6-9 forward Austin Johnson nursing an injury, Shumpert offered Powell a critique.

“He was concentrating on shooting jump shots instead of attacking the paint and hitting the glass,” said Shumpert. “I told him, ‘the outside shot will come. But you’ve got to start inside and work your way out there.’ He’s starting to do that, and he’s getting fouled and getting to the free throw line.”

Duncan Powell’s week started last Thursday at Northeastern in the Aggies first-ever CAA contest. Powell scored a career-high 17 points and had seven rebounds, two steals and a block on 5-for-7 shooting from the field and 7-for-10 shooting from the free throw line in an 88-76 loss.

Two days later, at Hofstra, Powell posted career highs in points (18) and rebounds (12) and secured his first career double-double. He shot 7-for-9 from the floor, 3-for-4 from the line, and made his only 3-point attempt in the Aggies 81-79 buzzer-beating win over the Pride. The win gave the Aggies their first-ever victory in the CAA.

Powell is averaging 6.0 points and 4.7 rebounds in 13 games played this season.

“I’m proud of how he’s playing physically and rebounding the ball,” said Shumpert. “We’re definitely going to need that in a league where teams play physical basketball.”