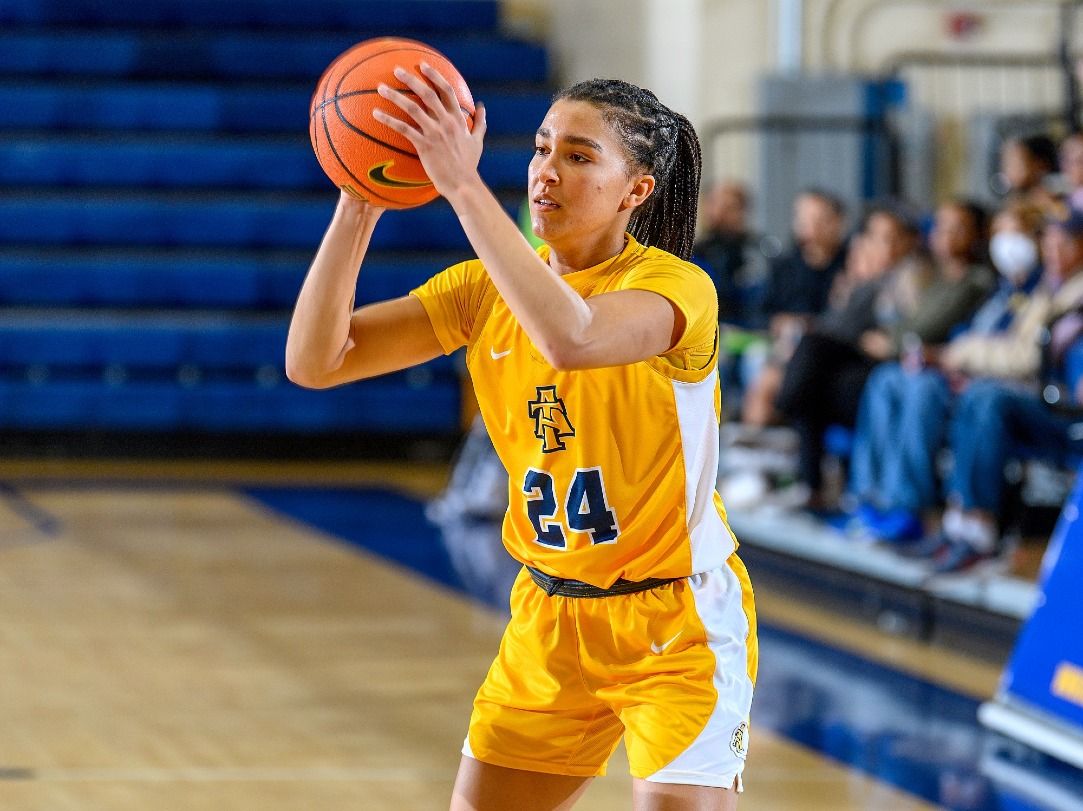 North Carolina A&T women’s basketball took care of College of Charleston on Sunday to improve to 2-0 in the CAA.

North Carolina A&T recorded its third straight win, handing Col. of Charleston a 66-58 loss at TD Arena on Sunday afternoon. The Aggies got off to a good start, going into halftime with a 30-27 lead. They then continued to outscore the Cougars 36-31 in the second half to come away with the victory.

Jazmin Harris scored 18 points and grabbed 12 rebounds to lead the way for NC A&T. As a team, the Aggies shot 44 percent from the field, 30 percent from behind the arc, and 60 percent from the free throw line. The advanced stats told a similar story, as the team put up 0.93 points per possession on 50% true shooting.

Anika McGarity recorded 18 points and seven rebounds, and Alexis Andrews added another 10 points to lead Col. of Charleston. As a team, the Cougars struggled to get things going offensively, scoring just 0.87 points per possession on 28% shooting from the field. They were heavily challenged near the hoop, going just 9-of-21 on field goal attempts in the paint.

Both teams face their next test on Jan. 7. North Carolina A&T takes on Monmouth, while Col. of Charleston meets Hampton in a conference showdown. The Aggies will look to continue their road success. On the other side, the Cougars will get a shot to recover from this loss.