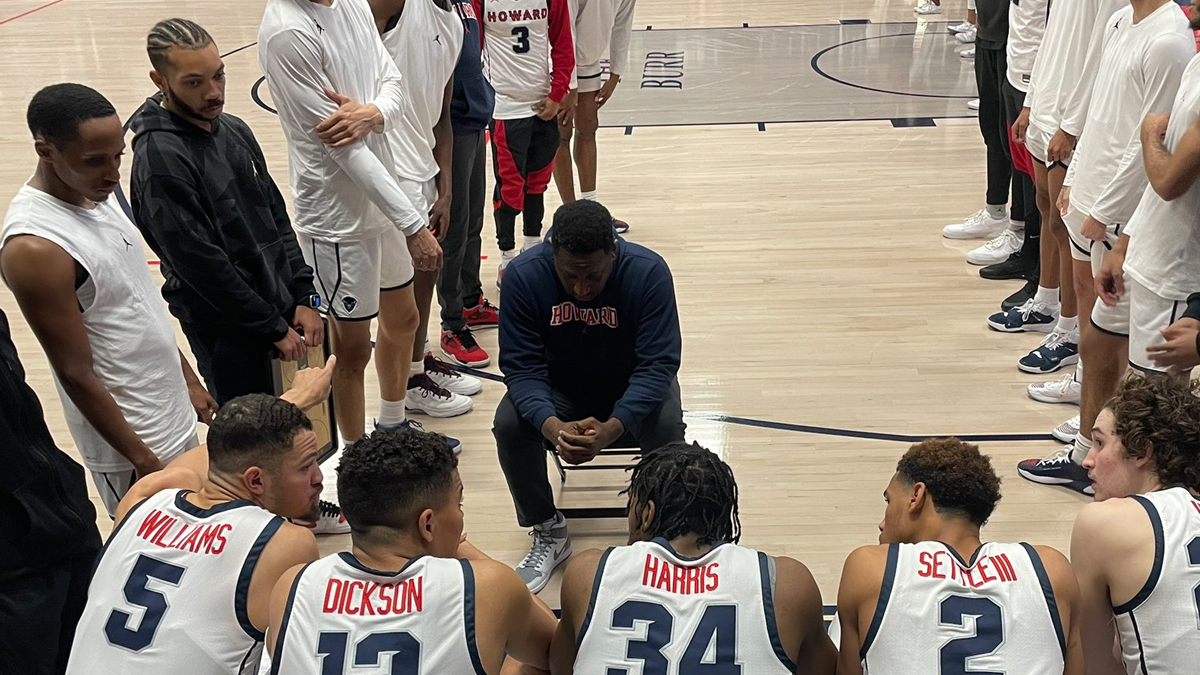 The Howard University men’s basketball program is ready to spotlight an issue that impacts us all.

Howard University has been the most important educational institution for African Americans since its founding in 1867. It has educated thousands of doctors, lawyers, and scholars, but its most lasting legacy has been of service and social activism. Whether it is the first female and African American Vice President of the US or the first African American Supreme Court Justice, Howard has produced some of the most influential change agents in American history.

“When we recruit players to Howard, we aren’t just recruiting them to represent Howard on the basketball court, but we are recruiting young men who will live up to the standard of excellence this university has set for itself,” says Head Coach Kenny Blakeney.

“If our players leave Howard without having made an impact on the world outside of Georgia Avenue, then I have failed as our head coach. In that vein, I issued a challenge to our team at the start of the season to come up with a social justice project that would honor the legacy of activism at our university. The challenge was intentionally broad, as I wanted our players to truly take ownership of the issue they wanted to focus on.”

After intense team-wide discussions, the players settled on the issue of Black maternal health and the implications of the Roe v Wade reversal on Black women, one of the most fraught issues in American society today.

“The team chose to organize around Black maternal health as its social justice project this season due to the amount of attention in the past year given to these issues, like the overturning of Roe v Wade,” said Team Captain Jelani Williams.

“Being at an HBCU, we also know that Black people, especially Black women, are generally more impacted by issues in American society than other groups. As a team with Black mothers, aunts, sisters, and friends across each of our lives, in addition to being on a campus that is predominately female, we felt like it would be helpful to organize around an issue that affects them, and one that is not talked about nearly enough.”

Since deciding to focus on this issue, the program has taken part in a series of educational workshops designed to give them the depth of knowledge needed to become informed advocates. They attended the world premiere of the documentary “Birthing Justice” during the Congressional Black Caucus Annual Legislative Conference as guests of Congresswoman Lauren Underwood, co-chair of the Black Maternal Health Caucus. Additionally, they hosted Fatima Goss-Graves, President of the National Women’s Law Center, for a wide-ranging discussion on the women’s rights movement, and the history of activism in this space.

Using the platform provided by their MLK Day game vs Morehouse College, the team will be formally kicking off their volunteer efforts around Black maternal health by partnering with Mamatoto Village on a community event to package pregnancy care kits on Sunday January 15th. Mamatoto Village is devoted to serving Black women through the creation of career pathways in maternal health and providing accessible perinatal support services to expectant Black mothers. They are an organization run by Black women for Black women, and an ideal partner for the team’s “Day of Service.”