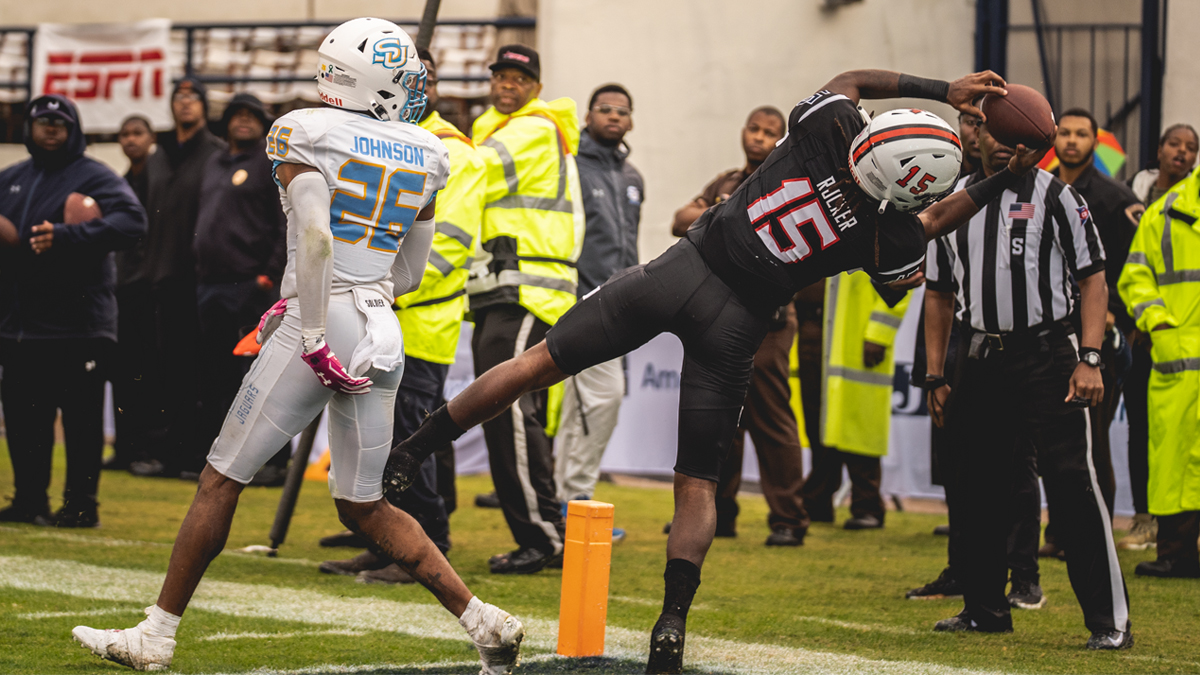 Trevonte Rucker, a member of Deion Sanders’ first recruiting class, is coming back to Jackson State.

Yet another four-star prospect brought in under Deion Sanders has decided to remain at Jackson State.

Trevonte Rucker, a sophomore wide receiver from Ocala, FL, withdrew his name from the transfer portal over the weekend.

Rucker was a member of Deion Sanders’ first recruiting class in 2021. He held offers from Florida, Arkansas, Cincinnati, Florida State, Georgia, Georgia Tech, Kentucky, Louisville, LSU, Miami, Missouri, Nebraska, Ole Miss, Oregon, Penn State, Purdue, Washington State among others. He was rated as the 55th best receiver and the 53rd best in the state in his class by 247Sports.com.

Rucker had a solid season as a true freshman in 2021, catching 26 passes for 518 yards for an average of just under 20 yards per catch. He also had a pair of touchdowns in the air and an 84 yard kick return. His numbers fell in 2022 as he caught just 5 passes for 60 yards with just one going for a touchdown as Shane Hooks and Dallas Daniels did the bulk of the pass catching for Shedeur Sanders, along with freshman sensation Travis Hunter. All of those players have moved on, however, meaning that Rucker is likely to be a key target for whoever plays quarterback in T.C. Taylor’s offense.

A total of six former Jackson State players have followed Deion Sanders to Colorado. Trevonte Rucker is one of several players who have flirted with leaving Jackson State only to return. Last week linebacker Nyles Gaddy announced he would be returning to JSU as did running back Sy’Veon Wilkerson.