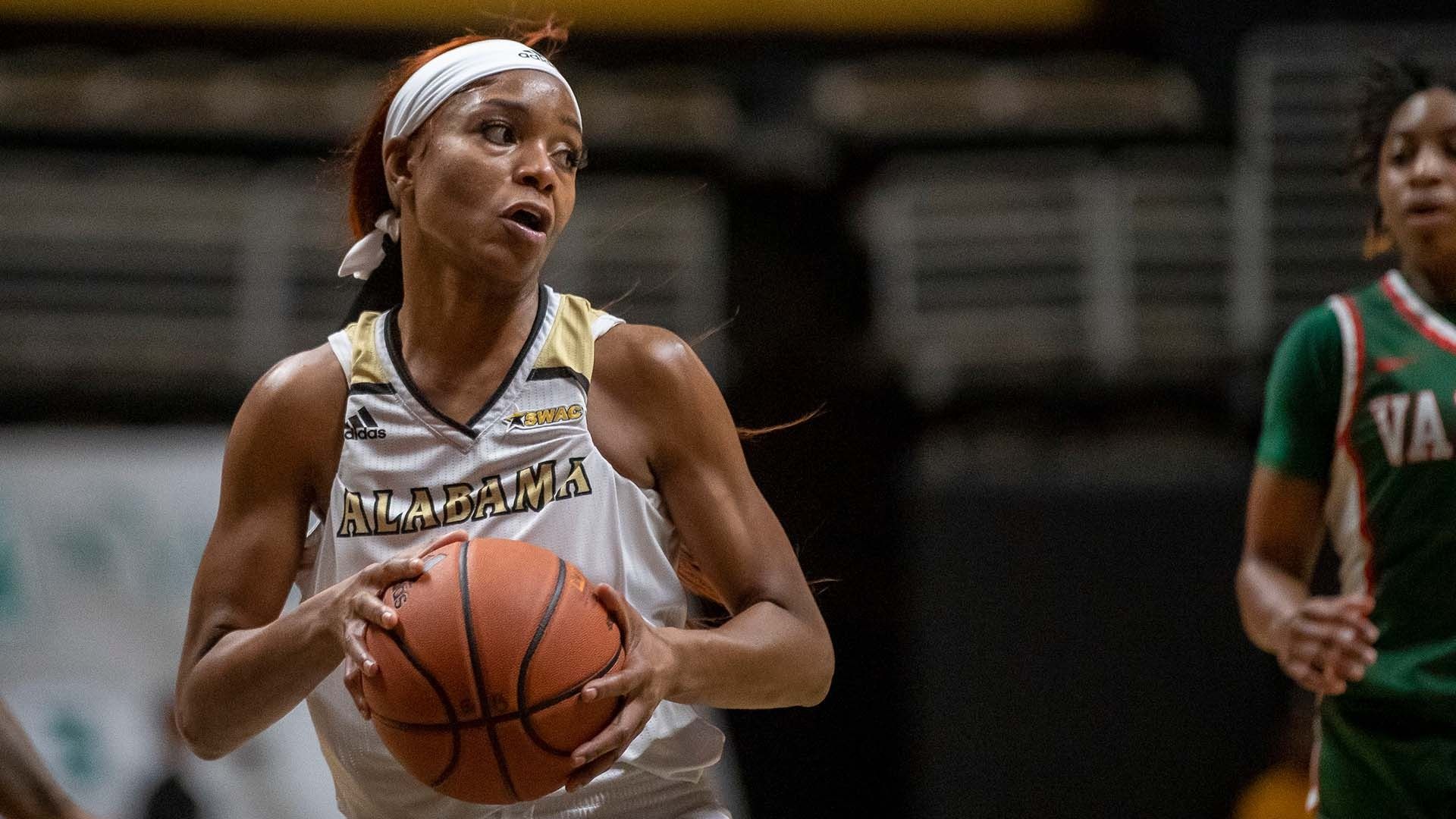 The team shot 49% from the field while scoring 1.08 points per possession and shooting 21-of-36 in the paint.

Alabama State gave Mississippi Valley State University their fourth consecutive loss in a 76-65 contest at Dunn-Oliver Acadome on Monday afternoon. The Lady Hornets got off to a good start, going into halftime with a 39-30 lead. They then continued to outscore the Devilettes 37-35 in the second half to come away with the victory.

Ayana Emmanuel scored 21 points to lead the way for Alabama State. Emmanuel was a key cog in a complete offensive performance for the Lady Hornets. The team shot 49% from the field while scoring 1.08 points per possession. They put a particular emphasis on generating easy looks close to the hoop, shooting 23-of-44 on two-pointers, including 21-of-36 in the paint.

MVSU was led by Zaria Harleaux, who recorded 21 points and 11 boards. As a team, the Devilettes shot 25-of-55 from the field and 8-of-20 from three. That contributed to their average of 0.93 points per possession and 52% true shooting, which wasn’t enough to secure the win.

These teams will have little time to prep for their next test, as each plays next on Jan. 4. Alabama State hosts Arkansas-Pine Bluff, while Mississippi Valley State University squares off with Alabama A&M. The Lady Hornets will look to keep their momentum rolling and earn another win. On the other side, the Devilettes will try to turn things around.