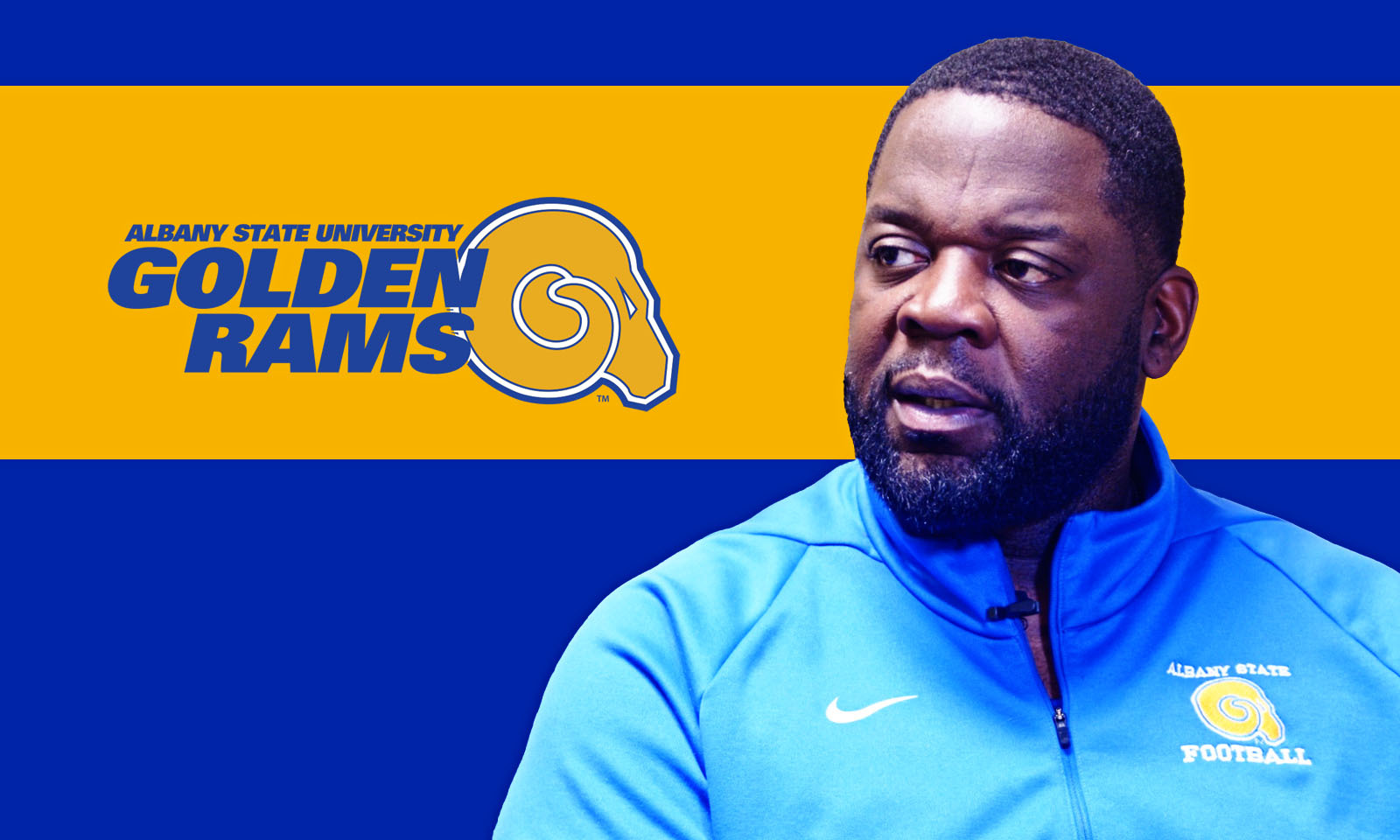 Quinn Gray has led an exceptional football life. It has all prepared him for taking over as head coach at Albany State.

Quinn Gray has had an amazing life in football.  He graduated high school as one of the top quarterbacks in Florida. He was recruited to Florida A&M and became the starting quarterback in one of the most prolific passing systems in HBCU Football…Billy Joe’s Gulf Coast Offense.  He went on to set the all-time passing yardage record that stood for 20 years.  His stellar play earned him spots in both the MEAC and FAMU Sports Halls of Fame.

Gray was named the Black College Offensive Player of the Year and went on to play in the NFL as an undrafted free agent with the Jacksonville Jaguars.  He would play in the NFL Europe, where he led the Frankfurt Galaxy to the World Bowl in 2003.  He would then return to play with the Jaguars, backing up David Garrard and get some playing time during his career.

He left the NFL and went into coaching.  He has been the head coach at various high schools including Lincoln High School, an ESPN nationally-ranked high school team.

Gray was then brought back to coach at his alma mater under head coach Earl Holmes’ tenure.  Following that, Gray has coached at Alcorn State and most recently was an offensive analyst with the Memphis Tigers.

“I couldn’t be in a happier situation right now.  Coming from Dallas this past week with a bowl game, winning the First Responders Bowl, my very first bowl and my very first bowl win, said Gray.  “It’s been an awesome week-and-a-half.  It’s been truly a blessing.”

Gray was named head coach of the Albany State Golden Rams of the SIAC.  He replaces Gabe Giardina who secured an FCS head coaching job at Charleston Southern.  During his tenure, Giardina transformed the Golden Rams into SIAC Champions.  He also made an NCAA playoff appearance in 2021.

Quinn Gray is not afraid of expectations

Gray is well aware of the expectations of the Golden Ram family.

“The fact that I come from a program with the same if not more history, the expectation is always to win.  Being that the HBCU scene is not new to me, being at FAMU where the expectations were high, if you didn’t meet those expectations you were going to understand it,” Gray said. “Going into Albany State knowing what Gabe has done in the past, obviously you try to replicate that and also put your touch on it and take the program to maybe an even higher level.”

“The expectation is what it is, but the expectation of myself is fairly high.  We’re going to go in there, I’m going to bring some surprises that some people may not know in terms of my staff.  There’s one guy that once things get settled and I’m able to announce these guys and all that good stuff, it’s going to be a big help to me and the Golden Ram family,” Quinn Gray said.

Albany State had a great year by most standards.  They finished 7-3 overall, but two conference loses, one to eventual SIAC champ Benedict College and one to arch-rival Fort Valley State left a sour taste at ASU to conclude the season.  Benedict took total control of the SIAC, but Gray understands the assignment.

“Coach Chennis Berry (Benedict College) is doing a great job.  Actually we talk all the time.  My mom’s alma mater is Benedict and my dad went across the street to Allen. When he got the job and we talked several times and he told me he couldn’t afford me.    Chennis is an awesome dude, I’ve know him for a very long time and he’s done some great things with Benedict,” Gray said.

“We’re not going into there to show up.  We’re going to recruit our butts off.  We’ve already got some great recruits who’ve committed that will be coming in January and we’ve got some FBS talent that will be walking in those halls in January and we hope we can take this thing to another level and compete for the SIAC and ultimately the Division II national championship.”