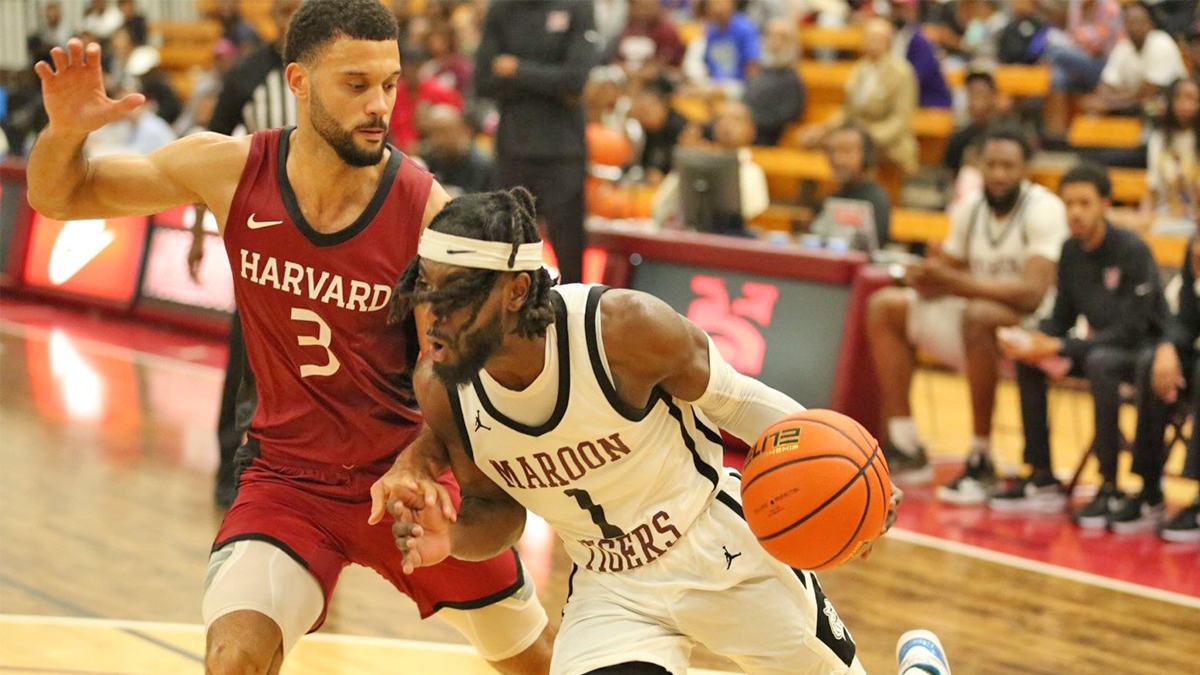 A total of ten men’s hoops teams will be in Morehouse’s Forbes Arena Friday and Saturday in the ATL Has Got Something to Say HBCU Challenge.

Forbes Arena on the campus of Morehouse College will be the site Friday and Saturday for two full days of HBCU hoops action .

The first-ever ATL Has Got Something to Say HBCU Challenge tips off Friday at 1 p.m. and will feature four games between SIAC and CIAA men’s teams.

The play picks up Saturday at 10 a.m. with a local Atlanta high school game followed by five HBCU games. A clash between teams from the SWAC and MEAC is an added feature of Saturday’s line-up.

Bringing teams together in one venue from all four HBCU conferences – the NCAA Div. II CIAA and SIAC and NCAA Div. I MEAC and SWAC – was pulled off by Travis L. Williams. His HBCU All-Stars LLC promotional group is also the outfit that put together the first-ever HBCU All-Star Game at this year’s Final Four in New Orleans. The game was carried live on CBS.

The Challenge is another way for the former head men’s basketball coach at Tennessee State and Fort Valley State to showcase HBCU hoops programs.