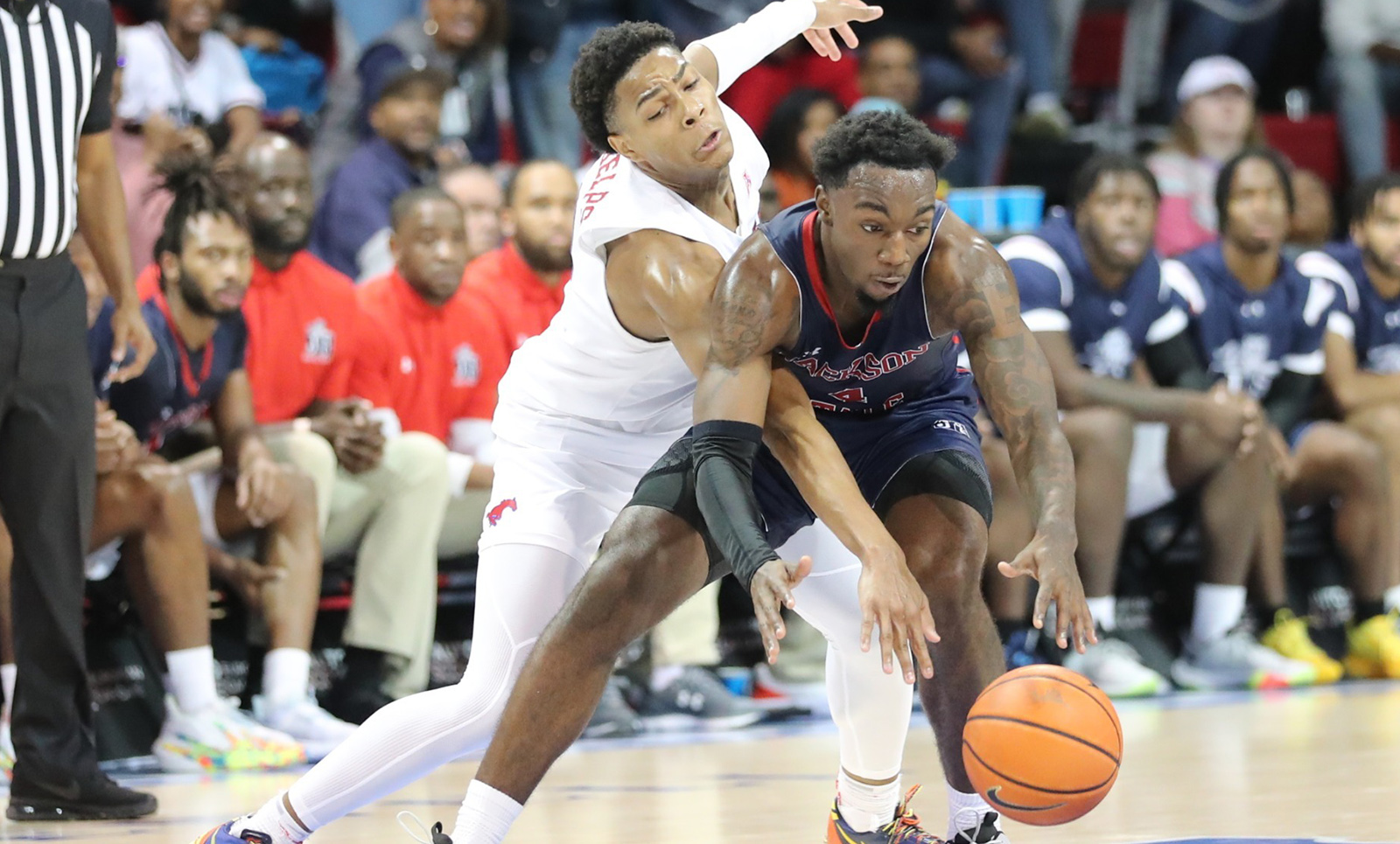 The Tigers rallied from behind and took the lead for good on Young’s three-pointer with 00:11.

LORMAN, MS —Coltie Young hit a 3-pointer with 11 seconds left in the game to put the Jackson State men’s basketball team ahead for good in a 67-66 victory over the Alcorn State Braves on the road Monday.

The Tigers (2-12, 1-0) had two players score in double figures, led by Jamarcus Jones, who had 26 points and two steals. Young tacked on 11 points and three blocks and Ken Evans added six points and six rebounds.

Zeke Cook pulled down four offensive rebounds to lead the Jackson State offense which grabbed 11 boards and turned them into 14 second chance points.

The Jackson State defense was a problem in Monday’s game, forcing 22 Alcorn State turnovers while committing 15. Those takeaways turned into 11 points on the offensive end of the floor. Jones’ two steals led the way individually for the Tigers.

After falling behind 8-6, Jackson State went on a 5-0 run with 13:59 left in the first half, culminating in a bucket from Jones, to take an 11-8 lead. The Tigers then surrendered that lead and entered halftime down 25-22.

Alcorn State kept widening its lead after intermission, constructing a 57-50 advantage before Jackson State went on a 6-0 run, finished off by Young’s three, to shrink the deficit to 57-56 with 2:19 to go in the contest.

The Tigers kept the rally going and took the lead for good on Young’s three-pointer with 00:11 left for a 67-66 comeback victory. JSU got out on the break in the period, scoring 11 fast break points.