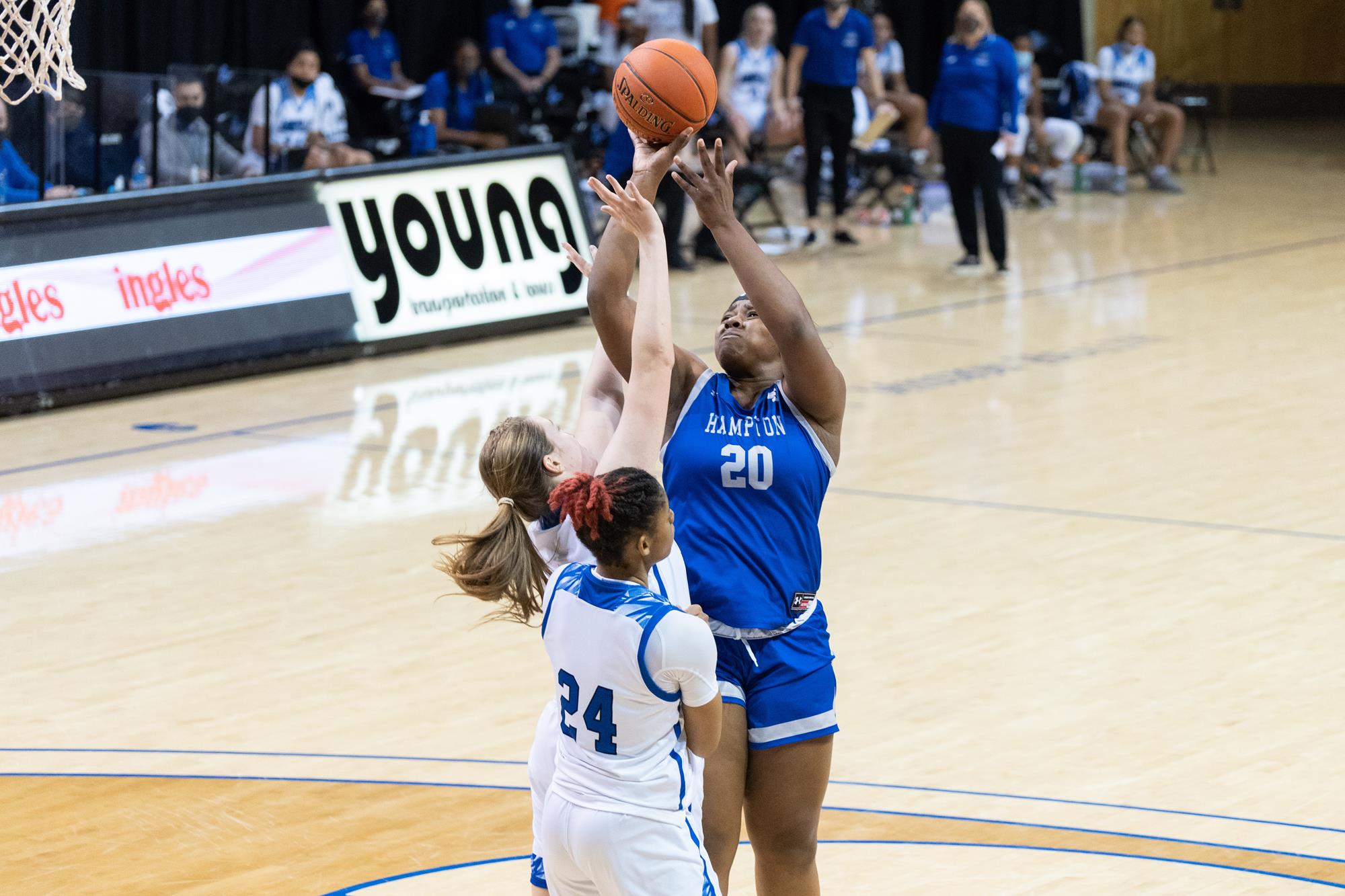 Hampton gave Elon its seventh consecutive loss in a 57-54 contest at Schar Center on Sunday afternoon. The Lady Pirates went into halftime with a 14-point lead. Despite being outscored 40-29 in the second half, they were able to fend off the Phoenix and hold on for the win.

Nylah Young led the way for HU, putting up 16 points. As a team, the Lady Pirates shot 44% from the field, 44 percent from behind the arc, and 55 percent from the free throw line. They secured the win despite only scoring 0.81 points per possession on 50 percent true shooting.

Victoria Mason and Madison Buford added 14 points each for Hampton.

Ajia James recorded 15 points and six rebounds to lead the way for Elon. The Phoenix went 22-of-53 from the field in this one, including 7-of-26 from the three-point line. Their shooting was part of larger offensive struggles that contributed to the loss. Elon only mustered 0.77 points per possession on 49% true shooting.

Both teams face their next test on Jan. 7. Hampton hosts Col. of Charleston, while Elon faces a Hofstra squad recovering from a loss of its own. The Lady Pirates will look to continue their solid play in their return home. On the other side, the Phoenix will get a shot to recover from this loss.