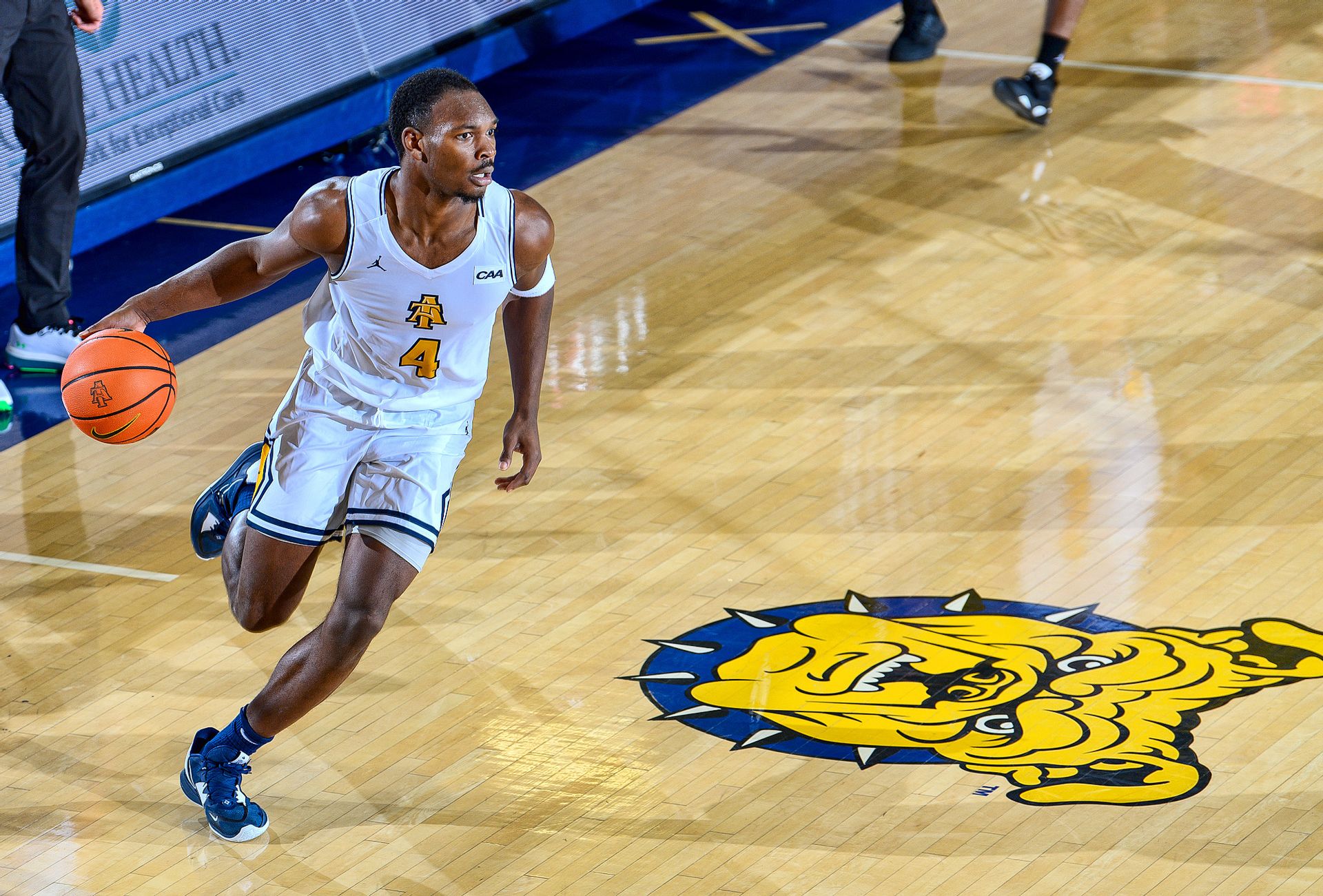 North Carolina A&T hangs tough with Northeastern in their first conference game as members of the Colonial Athletic Association.

Northeastern gave North Carolina A&T their fourth consecutive loss in their first conference game as members of the Colonial Athletic Association with an 88-76 victory at Matthews Arena in Boston, Massachusets on Thursday night. Northeastern went into halftime with a 45-31 lead and was able to hold off the Aggies for the final 20 minutes.

Jahmyl Telfort led the way for Northeastern, putting up 31 points to go along with six boards. Telfort was just a cog in a complete offensive performance for the Huskies. The team shot 51% from the field while scoring 1.36 points per possession. They clearly placed an emphasis on putting up deep shots, knocking down 12-of-21 three-point attempts.

The Aggies played well offensively in this one. They averaged 1.14 points per possession on 50% shooting from the field. Kam Woods led the charge, tallying 23 points. It wasn’t enough though, as North Carolina A&T was unable to gather the momentum to get past the Huskies.

Both teams face their next test on Dec. 31. Northeastern catches Stony Brook after a loss in its last game, while North Carolina A&T meets Hofstra in a conference showdown.

The Huskies will look to keep their momentum rolling and earn another win. On the other side, the Aggies will try to turn things around.

QUOTABLES FROM THE AGGIES

“We dug ourselves a hole in the first half. We let a guy who is their best post player have five wide-open threes,” said interim head coach Phillip Shumpert referring to Telfort, who finished with a career-high 31 points on 5-for-7 shooting from three.

There was not a sense of urgency defensive-wise in the first half. We came back in the second half with a sense of urgency, but at the end of the day (6-foot-9 Chris Doherty), and (6-7) Telfort, their two inside guys, kept pounding us. We have to continue to fight on the interior defensively.”

“It was defensive and offensive execution that got us back into the game,” said Shumpert. “We finally found the defense we wanted to play, but it took us 20 minutes to figure it out. Once we put pressure on them, we got back in the ballgame. We knew we had a chance to get back in the ballgame because our team has fight.”