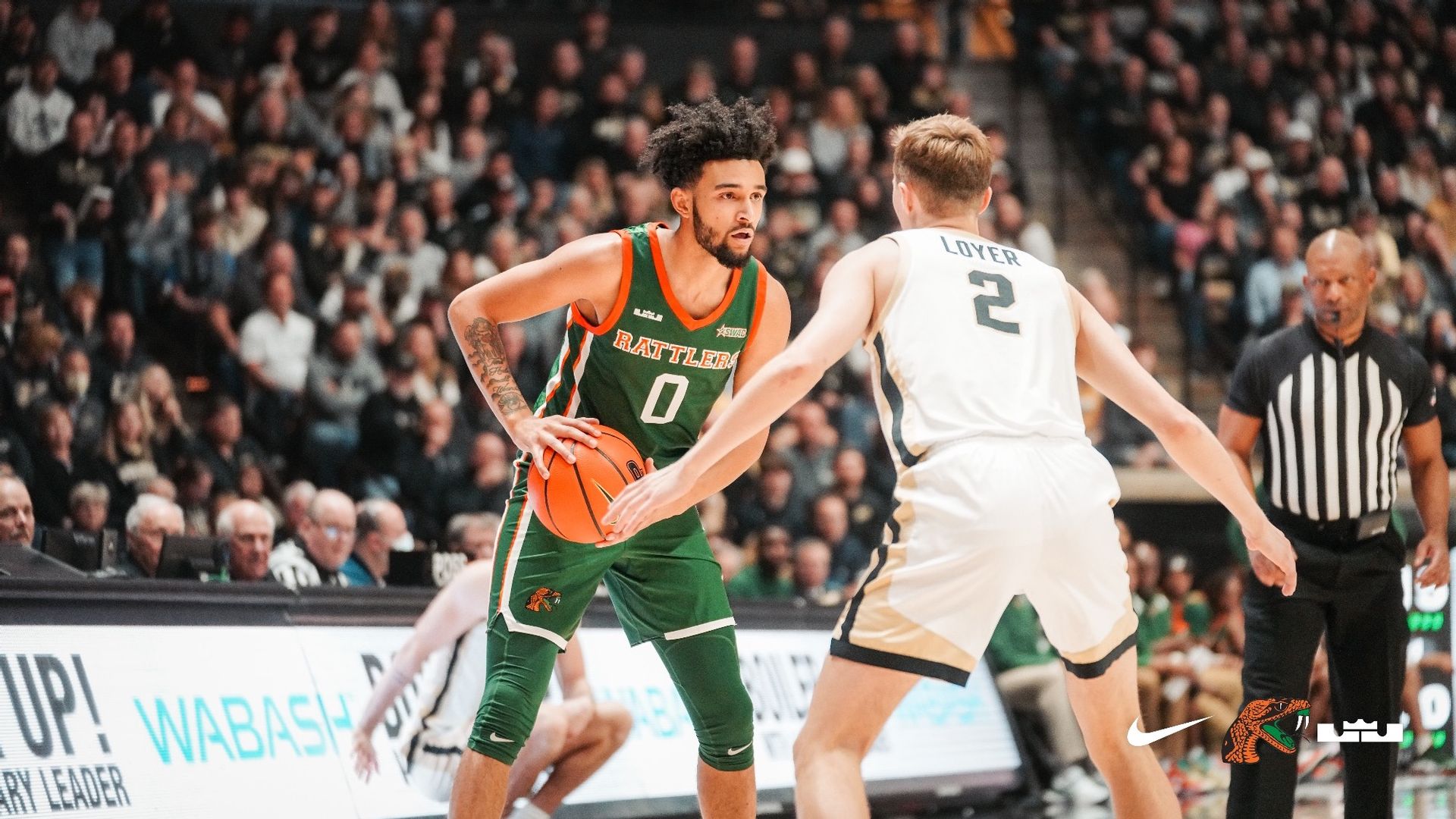 FAMU mbb drops one on the road against Purdue

As a team, the Rattlers struggled to get things going offensively, scoring just 0.75 points per possession on 31% shooting from the field.

Purdue recorded its 13th straight win in dominating fashion, handing Florida A&M an 82-49 loss at Mackey Arena on Thursday evening. The Boilermakers had the upper hand in this one, going into the half with a 13-point lead and outscoring the Rattlers 40-20 in the final 20 minutes.

Brandon Newman led the way for Purdue, putting up 18 points. Newman was just a cog in a complete offensive performance for the Boilermakers. The team shot 49% from the field while scoring 1.31 points per possession. Free throws were another positive component of their evening. They drew 21 fouls on the defense, which led to 18 points on 67% shooting from the charity stripe.

Dimingus Stevens scored eight points while Jordan Tillmon added another eight to lead the way for FAMU. As a team, the Rattlers struggled to get things going offensively, scoring just 0.75 points per possession on 31% shooting from the field. It was a tough day from three-point range. The team’s shooters combined to go just 4-of-17 from deep.

Both sides have some time off before facing their next opponents, which won’t be until Jan. 3. Purdue takes on Rutgers, while Florida A&M has a shot to rebound against a struggling Bethune-Cookman squad. The Boilermakers will look to stay undefeated. On the other side, FAMU will get a shot to recover from this loss.

FAMU mbb drops one on the road against Purdue