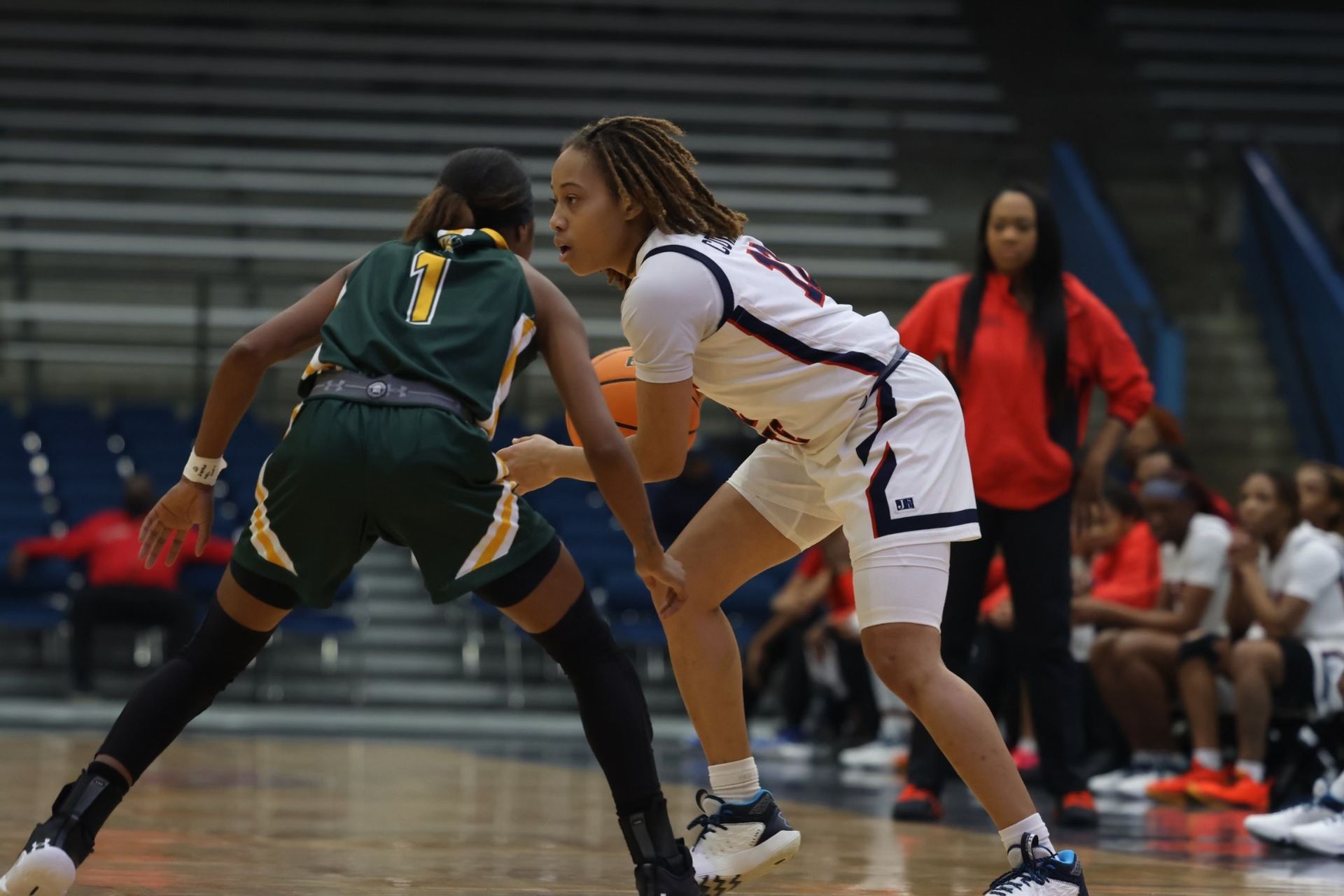 Jackson State broke their streak of five consecutive losses, defeating Southeastern Louisiana in a 60-51 contest on Friday afternoon at Williams Center. The Lady Tigers got off to a good start, going into halftime with a 28-23 lead. They then continued to outscore the Lady Lions 32-28 in the second half to come away with the victory.

Liz Martino led the way for Jackson State, putting up 16 points. As a team, the Lady Tigers shot 40% from the field, 29% from behind the arc, and 72% from the free throw line. They secured the win despite only scoring 0.89 points per possession on 50% true shooting.

Cierria Cunningham scored 12 points while Alexius Horne added another 10 to lead the way for Southeastern Louisiana. As a team, the Lady Lions struggled to get things going offensively, scoring just 0.79 points per possession on 31% shooting from the field. They were heavily challenged near the hoop, going just 7-of-28 on field goal attempts in the paint.

Jackson State’s win today put an end to its recent struggles. Its next action is on January 2. The team will take on an Alcorn State team who is coming off a loss in its last game. On the other side, Southeastern Louisiana fell to 5-5 with the loss. The Lady Lions’ next game is against a Nicholls State team that is also coming off a loss of its own. The team will square off on December 31.