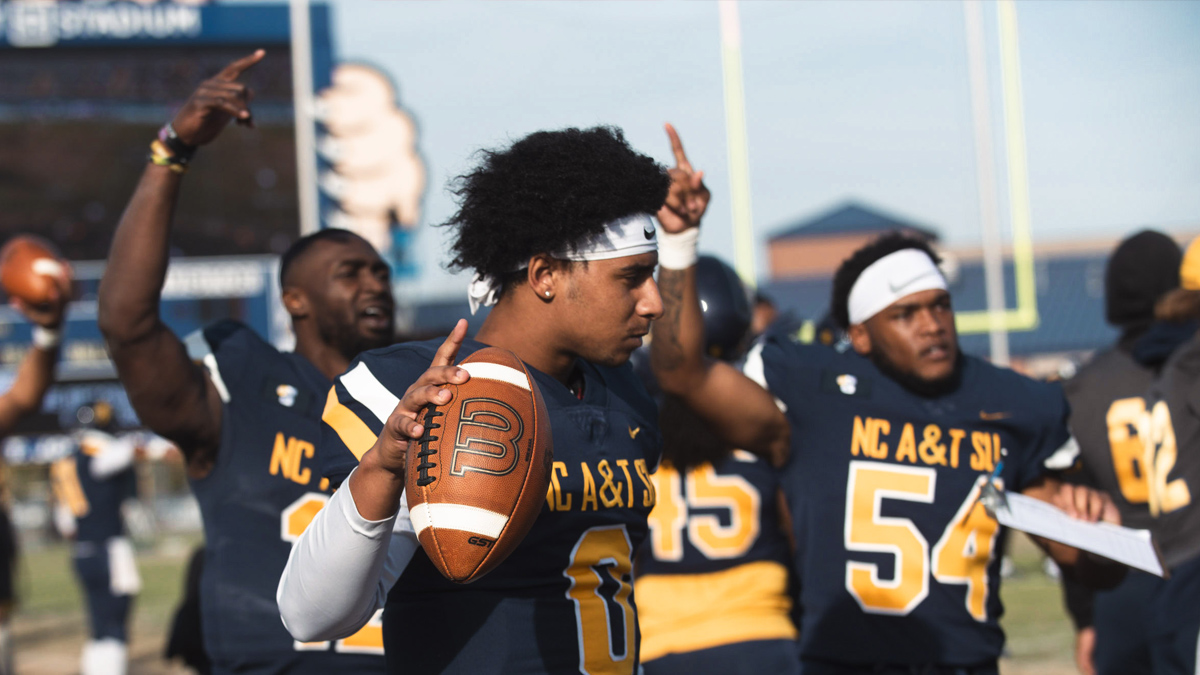 North Carolina A&T added some muscle upfront and some help in the offensive backfield on National Signing Day.

Wiggins (Twitter: @SterlingWiggin6 IG: @bigsterl_66): Wiggins comes to A&T as a legacy signing. His grandfather played at A&T from 1955-60. He has good feet and strength and can register a few domination blocks as he matures. In addition, his size is noticeable and imposing.

Stukes (Twitter: @bstukes54 IG: @brockstukes): Stukes is a first-team All-Region and All-State performer. He was interested in other Colonial Athletic Association (CAA) schools, such as Main, New Hampshire and Richmond, before becoming an Aggie. He Oscar Smith to a 9-2 overall record and an 8-0 mark in the Southeastern Conference.

Webb (Twitter: @bighhu74 IG: @bighhu): The third in the Aggies O-line National Signing Day trio is Webb. Webb has not surrendered a sack in two years. He comes to A&T as a three-time all-conference performer and a two-time All-Area team standout.

White (Twitter: @KevinWhite05 IG: @Kevvoworld): White put up dynamic numbers at Green Run. He completed an incredible 80.6 percent (221-274) of his passes last season, throwing 3,819 yards, 49 touchdowns and three interceptions. He also scored 13 times on the ground to earn Beach District player of the year, regional player of the year and All-State recognition.

Blizzard (Twitter: @shimique9 IG: @9upnextt): Blizzard was a two-year starter for the Western Branch Bruins. As a senior, he rushed for 1,884 yards and 22 touchdowns. He led the Bruins to a 12-3 record overall and a 6-2 mark in the Southeastern Conference. They advanced to the semifinals of the playoffs before losing to Freedom.