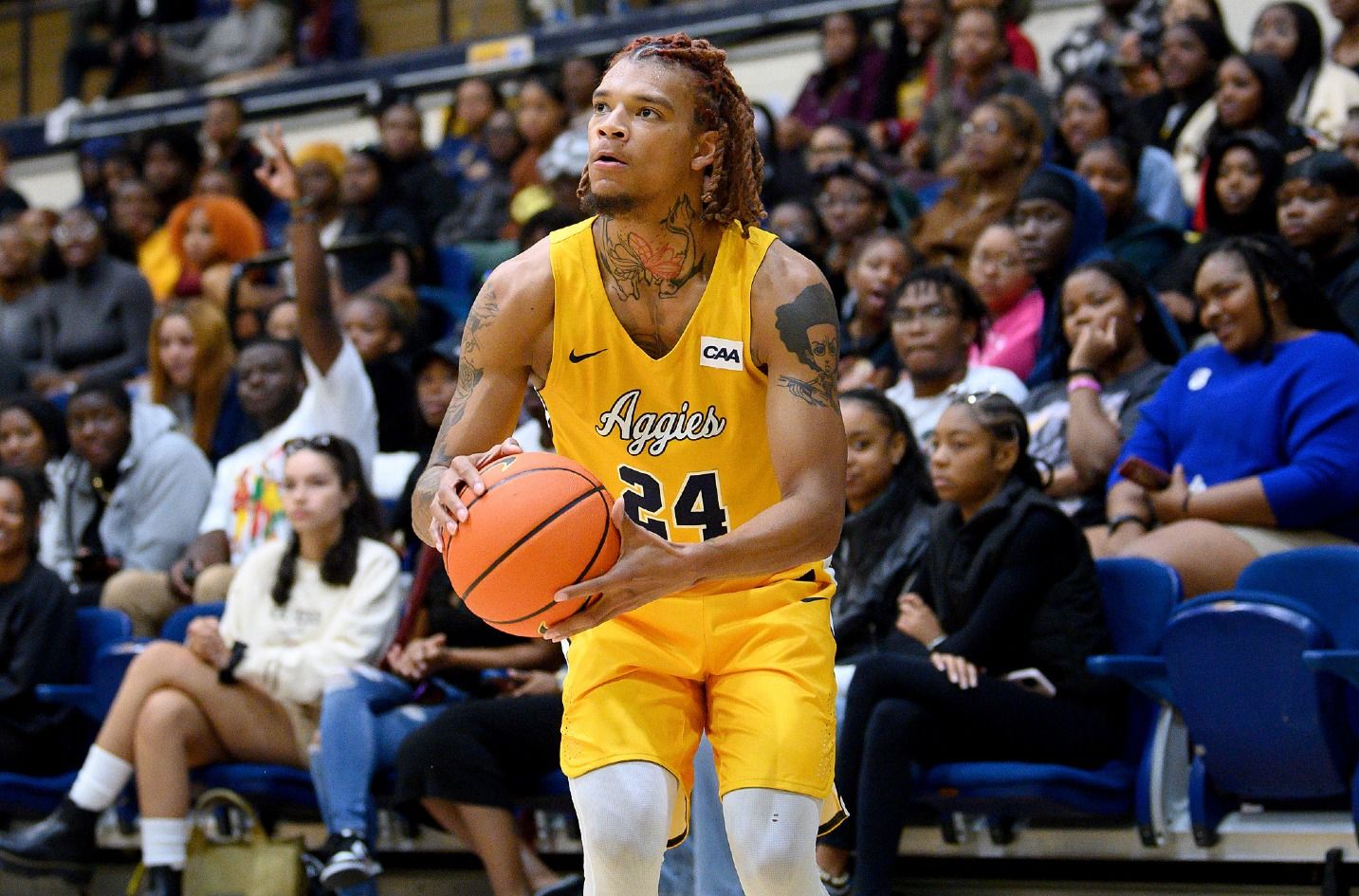 NC A&T came back to defeat New Mexico State in the 2022-23 MBB Sun Bowl Invitational by a score of 76-85 on Thursday evening. It looked out of reach for NC A&T, who were down by as many as 13 in the second half. However, its incredible late effort was enough to secure the win.

Demetric Horton scored 23 points to lead the way for North Carolina A&T. Marcus Watson was pivotal as well, shooting 3-of-7 in the second half for 12 points to power the Aggies forward after the break. As a team, North Carolina A&T shot 23-of-62 from the field and 15-of-18 from the line to put up an average of 1.11 points per possession.

New Mexico States’ offensive efficiency was impressive despite the result. They averaged 1.23 points per possession on 57% true shooting. Xavier Pinson led the way, putting up 20 points and five assists. Despite shooting well overall, New Mexico State dug themselves an early hole. The team went down as much as zero in the first half, and were ultimately unable to catch back up and push past North Carolina A&T.

North Carolina A&T’s win today put an end to its recent struggles. It will hit the road for its next contest, a December 30 matchup with Northeastern. On the other side, this evening’s result was a letdown for New Mexico State. The team was hoping to rebound from its last loss against Kent State. Its next chance at a win is on December 29 against Southern Utah.