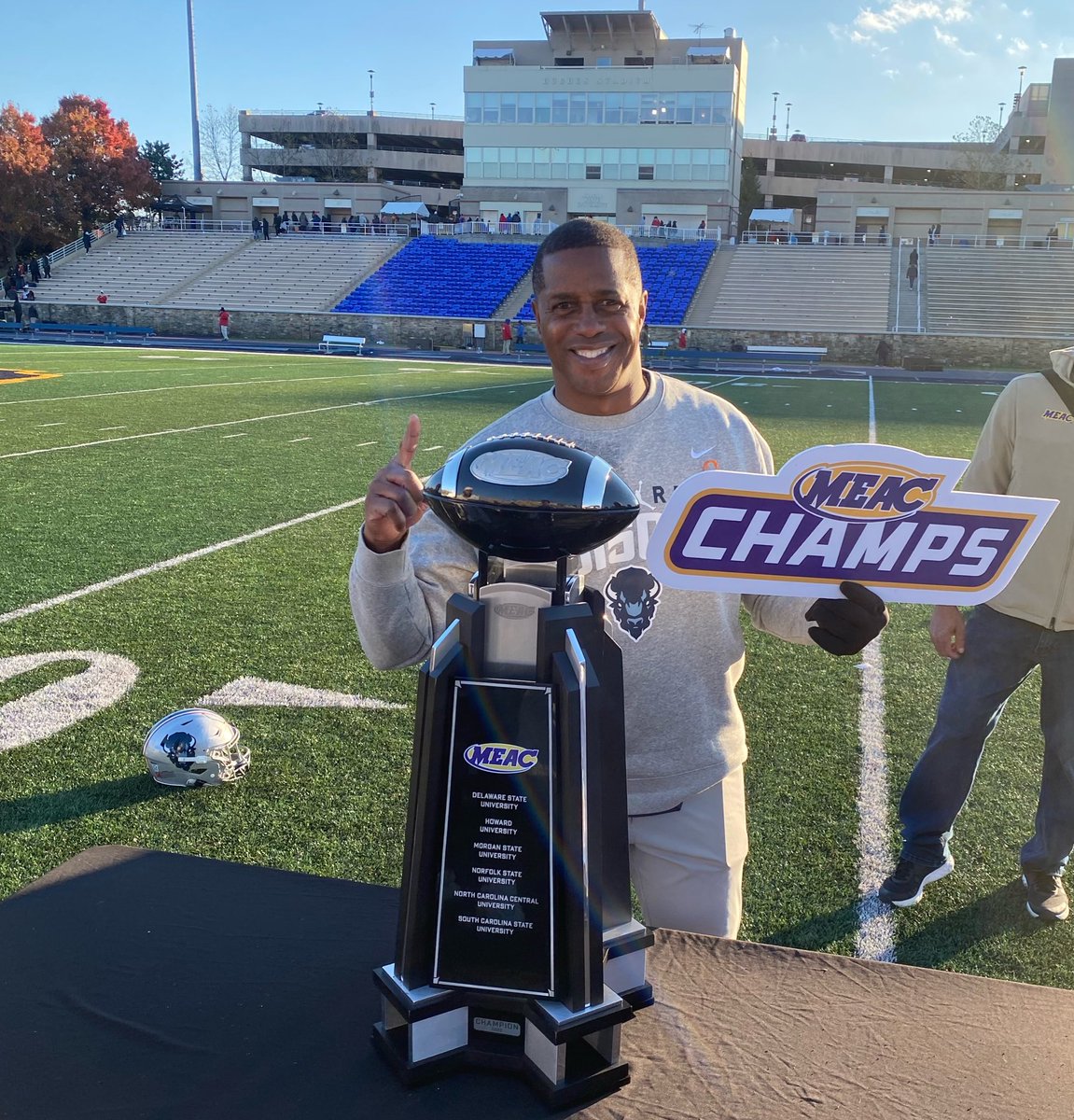 Delaware State has hired Lee Hull to take over its football program.

Hull will be formally introduced to the media and invited guests on the Delaware State campus tomorrow (Dec. 20).

University President Tony Allen was thrilled with Hull’s hire, “Coach Hull is committed to our vision for the University—an institution committed to excellence and growth with a deep desire to dominate recruiting in the region and a laser focus on winning on and off the field. We are fortunate to have him and look forward to his leadership of Delaware State football and throughout the University.”

Hull most recently served as offensive coordinator and quarterbacks coach at rival Howard University since 2020. This past season, Howard was co-champion of the MEAC for the first time since 1993, posting a 4-1 league record during the 2022 season to share the title with North Carolina Central. Nine Bison offensive players earned All-MEAC honors last season, including quarterback Quinton Williams, a second team selection after leading the conference in completion percentage (64.8%) and ranking second in the league in passing average at 190.6 yards per game.

Hull’s MEAC experience also includes a two-year stint as head coach at Morgan State during the 2014 and 2015 seasons. In 2014, he led the Bears to a share of the conference championship with a 6-2 league record and a berth in the Football Championship Subdivision (FCS) playoffs for the first time in team history. The MEAC title was Morgan State’s first since 1979. Hull was selected as the MEAC Coach of the Year and was a finalist for the Eddie Robinson Award as the top FCS coach during the 2014 season.

Following his two years at Morgan State, Hull joined the Indianapolis Colts of the National Football League as wide receivers coach before the 2016 season. That year, Colts’ receiver T.Y. Hilton led the NFL with 1,448 receiving yards and was selected to the Pro Bowl team and named All-Pro by Pro Football Focus.

Hull was educated on professional football coaching during two years at the Bill Walsh Minority Coaching Fellowship. He was also a part of the NFL and NCAA Coaches Academy and Bowl Championship Series (BCS) Minority Future Head Coaches Forum.

A native of Vineland, N.J., Hull earned a bachelor’s degree in Economics from Holy Cross in 1988 and a master’s in Secondary Education from Worcester State College (Mass.) in 1995.

Lee and his wife Stacey are the parents of son Jordan, a four-year football letter winner as a wide receiver at Lafayette College (Pa.), and daughter Laila, who has committed to the University of North Carolina Chapel Hill on a full basketball scholarship.

“I want to thank Director of Athletics Alecia Shields-Gadson and the Delaware State family for the privilege to serve as the new head coach of the Hornets,” said Hull. “The amazing growth and achievements of the university present an opportunity to take the football program to new levels of success as well. Given the school’s location in the heavily populated Mid-Atlantic region and growing status as a university, I’m excited to share its story in search of student-athletes who are champions in the classroom, the campus and community, and on the field. I have longed to return to the MEAC as a head coach, and I’m extremely grateful to Delaware State for giving me the opportunity.”

“Lee stood out because of his experience and achievements at all levels of football, in addition to his character and demeanor,” said Shields-Gadson. “He understands what it takes to build a winning football program both in the Mid-Eastern Athletic Conference and nationally, in addition to developing student-athletes of high character and skill.”