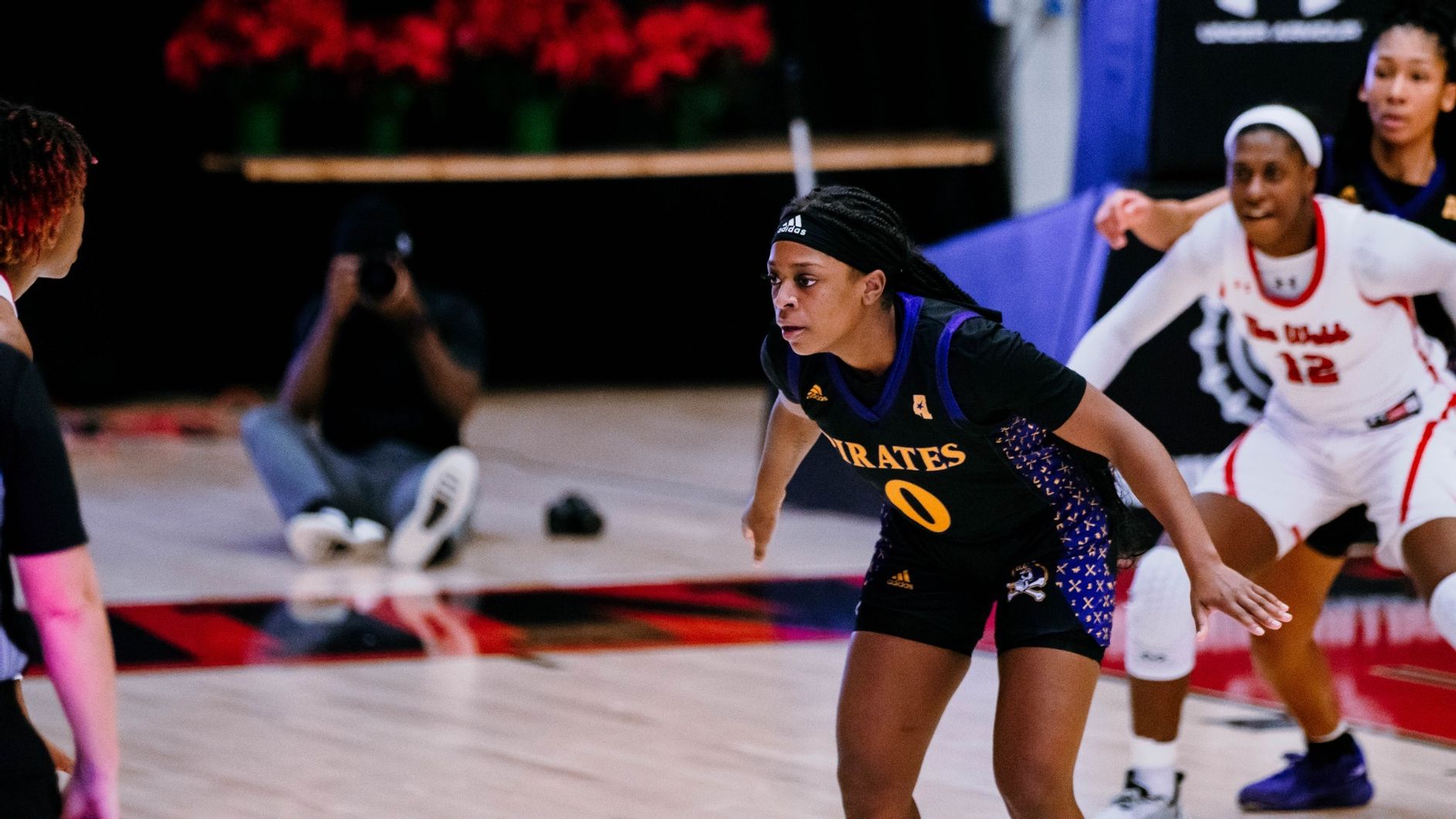 East Carolina dominated North Carolina A&T by a score of 79-49 at Williams Arena at Minges on Monday evening.

East Carolina dominated North Carolina A&T by a score of 79-49 at Williams Arena at Minges on Monday evening. The Lady Pirates had the upper hand in this one, leading by as much as 36 points.

Danae McNeal led the way for East Carolina, putting up 19 points. As a team, the Pirates shot 43% from the field, 53% from behind the arc, and 71% from the free throw line. The advanced stats told a similar story, as the team put up 0.96 points per possession on 53% true shooting.

Jazmin Harris recorded 16 points and nine rebounds to lead the way for North Carolina A&T. The Lady Aggies went 19-of-52 from the field in this one, including 5-of-17 from the three-point line. Their shooting was part of larger offensive struggles that contributed to the loss. North Carolina A&T only mustered 0.62 points per possession on 45% true shooting.

These teams will have little time to prep for their next test, as each plays next on December 21. East Carolina catches Hampton after a loss in its last game, while North Carolina A&T squares off with a North Carolina Central side riding high from a victory in its last outing. The Pirates will hope their success continues to follows them on the road. On the other side, the Aggies will hit the road once again.