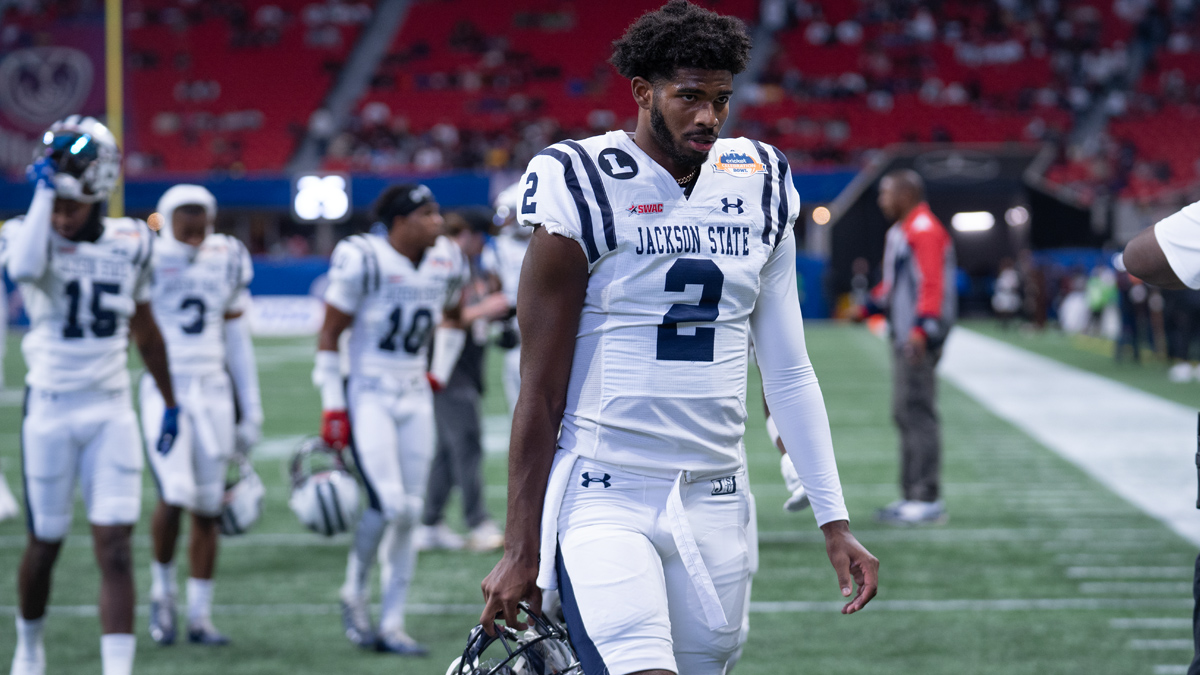 Shedeur Sanders and his brother, Shilo Sanders have hit the transfer portal and are set to move to Colorado.

In perhaps the worst-kept secret in college football, Shedeur Sanders and Shilo Sanders have both entered the transfer portal.

The two youngest sons of former Jackson State head coach Deion Sanders entered the portal hours after JSU’s 41-34 overtime loss to North Carolina Central in the Celebration Bowl. Both players are expected to follow their father to Colorado.

Shedeur Sanders wrapped up his second season at Jackson State with a 420 yard, four touchdown performance in the losing effort on Saturday. He threw for 3,720 yards and 40 touchdowns with just six interceptions while leading JSU to a 12-1 record. Sanders completed over 70 percent of his passes en route to being named the SWAC Offensive Player of the Year and repeating as HBCU Gameday/Protect Your Skull FCS Offensive Player of The Year.

Shedeur Sanders initially committed to Florida Atlantic under former head coach Willie Taggart, before flipping to Jackson State when his father got the job in fall of 2020. The four-star prospect certainly lived up to the hype, leading JSU to a 23-3 record in two seasons as the team’s starting quarterback.

Safety Shilo Sanders was limited by a knee injury for much of the season, recording 20 and one interceptions in 2022. The 2021 season — his first at Jackson State — was more productive as he recorded 39 tackles and four interceptions en route to earning all-SWAC honors.

This mark’s Shilo Sanders’ second entry into the transfer portal. After starting his career in the SEC at South Carolina, he decided to transfer to Jackson State to play with his father. There is no doubt he will be following him once again, and Deion Sanders made that very clear on Friday.