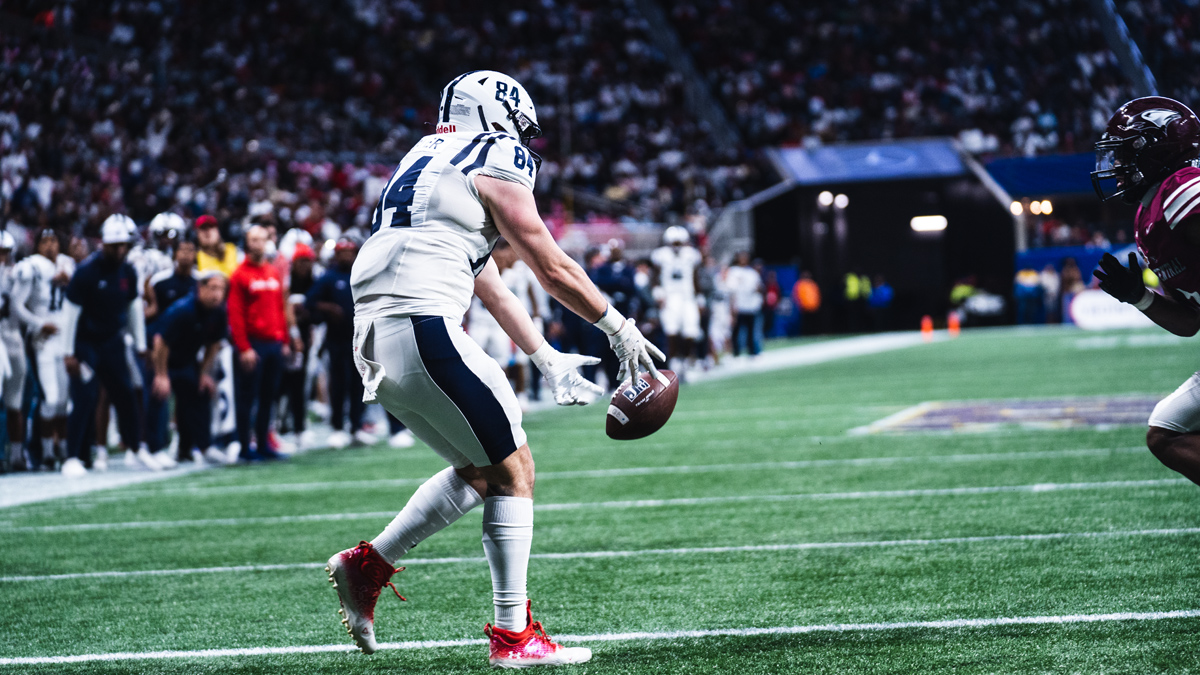 Jackson State tight end Hayden Hagler dropped a pass that could have changed the Celebration Bowl. But that didn’t earn the vitriol he received.

Saturday’s Celebration Bowl brought back a memory that made me shudder.

I remember it like it was yesterday, though it was 35 years ago.  The first time I was asked to step back and punt for FAMU was the most frightening day of my life.  It was my junior year and our punter had graduated and there was an issue with the punter we were bringing in.  Coach Tony Messina told head coach Ken Riley that I could do the job.  At the time I was the long snapper and had not punted in three years.

In the first game on the first drive our offense went three-and-out.  I had punted four years in high school and playing at FAMU High School, our home games were in Bragg Stadium.  But, this was totally different.  The stage was mind boggling.

My long snapper Terry Beauford delivered a strike to me.  I was so nervous it went right though my hands and hit me in the chest.  I fell on it and our opponents got great field position.  It didn’t feel real.  I couldn’t even feel my body.  It was the closest to an out-of-body experience I’ve ever had.  I remember feeling like I had let the world down.  My teammates all came over to me.   My front protector Oscar Harris, who was fresh out of the military said “You’ve done this thousands of times.  We’ll hold em’ off and you just boot the damn ball like you do in practice.”  I went from that moment to two great seasons, capturing All-MEAC first team both years.”

Saturday’s Celebration Bowl presented a similar moment.  Though the stakes were much higher than a season opener, the result was the same.  A failed play at a critical time contributed to the eventual loss by Jackson State to the North Carolina Central Eagles.

In overtime, NCCU was able to punch in a touchdown.  Jackson State had to match that.  They would earn a first down inside the 10-yard line.  The Tigers drew up a tight end out route.  Tight end Hayden Hagler came wide open.  Shedeur Sanders delivered a strike right into Hagler’s hands, but in football terms, he put it on the ground…he dropped the pass that could have tied the game and sent it to a second overtime.  One failed play later, the Eagles took home the Celebration Bowl, and the HBCU national championship.

As fans do, they blame a whole game on one play.  What they see emotionally sticks to them and Hagler was the easy target.  I agree that fans have the right to do what they want to.  They pay for a ticket and that entitles them to their opinions.

In this social media world, Hagler was trending.  Memes mocking his drop and mocking him were rampant.  I also figure this is a part of today’s society.

What I do not accept is the racial attacks.  We as HBCUs are better than that.  We’ve struggled since our existence to overcome racism.  We’ve struggled to ensure relevance.  We’ve endured more than our share of scrutiny, simply because of the color of our skin and the tags placed on our schools.

With that said, we can be sports fans, but we can never have a PWI response to a situation at one of our schools.  At PWI’s students have had to transfer, have death threats and cars keyed for plays similar to Hagler’s.  But, we aren’t them.  We are better than PWI’s in the fact that we nurture, even through our emotions.  That is what has made HBCUs great and the family environment we enjoy.

I also saw a video on social media of JSU head coach Deion Sanders consoling Hagler.  He told him that JSU had many opportunities to win the game and in no way did his drop lose the game.  It was an amazing and teachable moment and shows the compassion of Sanders toward his players.

Utilize your rights to criticize.  Some have never stepped on the field and felt the pressure that made me drop the ball, or Hayden drop that touchdown.  Football is a great and emotional game.  As HBCUs we must leave it as a game and not take it to the embarrassing level that we are seeing.  IT’S JUST A GAME!