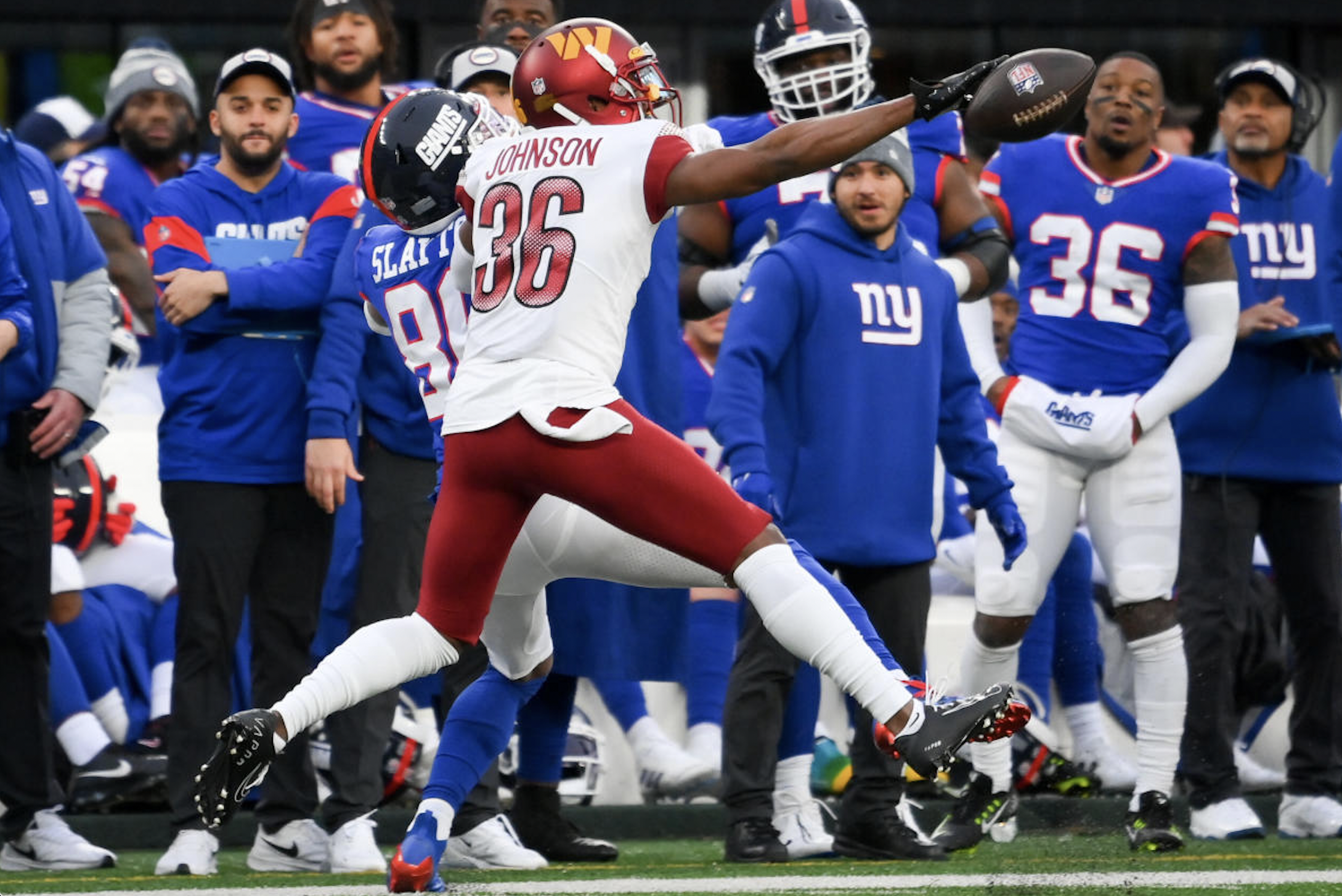 Four players vied for player of the week defensive honors in this week’s HBCU NFL Report.

Philadelphia tackle Javon Hargrave out of SC State was his usual dominant self. Washington’s veteran defensive back and special teamer Danny Johnson of Southern also stepped up big. They were the veterans in consideration.

Johnson is in his fifth season in the league. He had an outstanding career with the Jaguars of Southern. He gets the award this week.

In the Commanders’ 20-20 tie with the New York Giants, Johnson had six solo tackles, one takedown sack of Giants’ QB Daniel Jones and defended two passes. The sack, off a corner blitz, was the first of the season and of his career for the 5-9, 190-pound cornerback.

Johnson, who has played and excelled mostly on special teams, also posted his first career interception earlier in the season.

Here’s a video of the sack.

HBCU NFL Report: The other defenders

Hargrave also had a sack among three total tackles in the Eagles 35-10 win over Tennessee. See video of the sack here.

It was Hargrave’s eighth sack of the season. He is currently tied for 16th in the NFL in sacks. He trails only Kansas City’s Chris Jones (10.0) and Washington’s Daron Payne (8.5) among sacks by defensive tackles.

Houston, on the Lions active roster for the first time this season, showed explosiveness again as he appeared shot out of a cannon in twisting down Jaguars’ quarterback Trevor Lawrence for a sack. It was his third sack in two games in Detroit’s 40-14 win over Jacksonville. See the sack here.

Williams had seven total tackles in a 27-24 loss to Cincinnati.

PLAYERS OF THE WEEK

– #90 GROVER STEWART, DT, Indianapolis (6th season, ALBANY STATE) – Started at nose tackle in 54-19 loss to Dallas Sunday night and finished with five total tackles, two solos and three assists and blocked a field goal attempt. Stewart was in on 48 (71%) of the defensive plays and and 10 plays (32%) of special teams’ plays.

– #71 TYTUS HOWARD, OT, Houston (4th season, ALABAMA STATE – Howard started at right tackle in 27-14 loss to Clevelant. The Texans rushed for 82 yards and passed for 203 yards and one TD. The Texans offensive line gave up no sacks. Howard played all 65 (100%) offensive plays and two (6%) of the plays on special teams..

– #12 KHADAREL HODGE, WR, Atlanta (6th season, PRAIRIE VIEW A&M) – Hodge was targeted twice without a catch in 19-16 loss to Pittsburgh. Hodge had one solo tackle on special teams playing six (11%) of the Falcons’ offensive plays and 16 (64%) of the special teams’ plays.

– #23 JOSHUA WILLIAMS, DB, Kansas City (1st season, FAYETTEVILLE STATE) – Williams started at defensive back in the Chiefs’ 27-24 loss to Cincinnati and had seven total tackles, six solos and one assist. Williams logged 66 (92%) of the defensive plays and 10 (43%) of the special teams’ plays.

– #97 JAVON HARGRAVE, DT, Philadelphia (7th season, SOUTH CAROLINA STATE) – Started at defensive tackle in 35-10 win over Tennessee and finished with three total tackles, one sack for -5 yards and one assist. Hargrave was in on 28 (51%) of the defensive snaps.