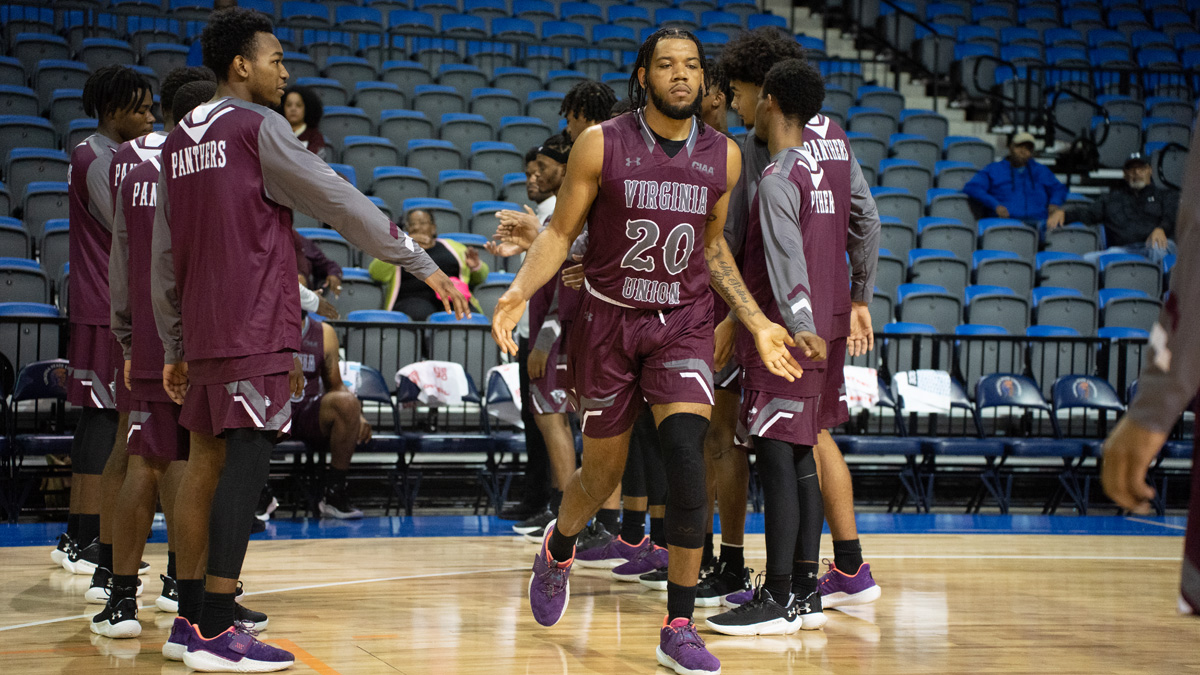 Virginia Union took down the no. 2 team in Division II with a big performance from Raemaad Wright.

The win was the 300th career win for VUU’s Head Coach Jay Butler, a total which includes his years as the women’s head coach at the University of the District of Columbia.

“This was a big-time win for our program to beat the #2 ranked team in the country and also my 300th career win as a head coach,” said Butler.   “I am really blessed to have coached some great student-athletes in my coaching career both men and women.  I thought the guys were locked in from start to finish and Raemaad Wright played a fantastic game today going up against the 7-foot tall All American after not practicing most of the week dealing with an injury from the Fayetteville State game.  Devon Sims and Robbie Osborne continue to give us solid play on both ends of the court.”

Osborne also collected a double-double with 17 points and 10 rebounds while Sims scored 10 points.

The win raised VUU’s record to 7-1 on the season and most assuredly ensures that the Panthers will move up from their #20 ranking in the NABC poll.