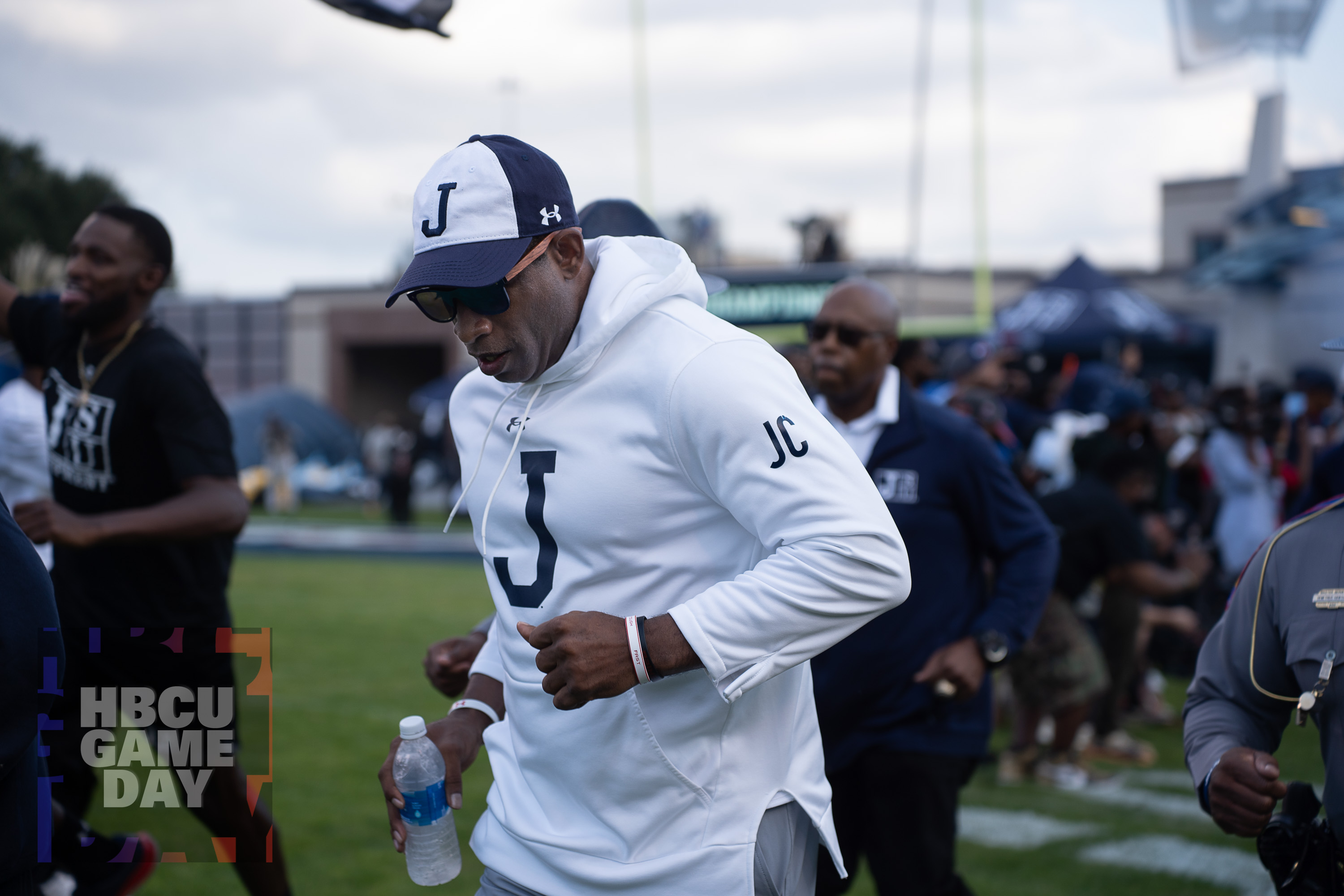 Deion Sanders made several promises during his famous “I Believe” introductory press conference. How well did he hold up to them?

Deion Sanders press conferences have been must-see content since he took over at Jackson State. The man literally never disappointed.

Saturday night inside the bowels of Mississippi Veterans Memorial Stadium, that streak was ended as he literally left the building.

Sanders, minutes after leading Jackson State to a SWAC title for the second-consecutive year, did not speak at the press conference. He was heard outside the room while Southern University head coach Eric Dooley spoke with the media for about ten minutes.

When Dooley finished the media waited for several minutes while SWAC officials were told via a messagener that Sanders would not be speaking with the media. Instead, the team was being shuttled 2.7 miles down the road to campus where they would be having a team meeting. There he told a group of young men, all of whom came to Jackson State after he took over, that he was leaving to take the head coaching job at Colorado.

Since Deion Sanders didn’t make it to his final press conference in Jackson, we can look back at his first press conference and see just what he promised and how well he delivered on his initial intentions. Forget rolling out the red carpet for him — Jackson State damn near put rose petals on the floor of its basketball arena for him to walk on

Sanders said that he believed JSU could win SWAC championships. That promise was fulfilled on Saturday, before his meeting with the players.

Sanders also said he believed that JSU — which consistently has either led or been one of the leaders in FCS attendance, could be filled.

Sanders delivered on this during his first homecoming game in 2021. More than 58k fans filled into Mississippi Veterans Memorial Stadium to watch Jackson State dominate Alabama State in October 2021. A few weeks later the scene was repeated as Jackson State took on in-state rival Alcorn State to conclude the regular season. Of course, Sanders got a cut of the gate every time it exceeded the 30k mark, per his contract.

From the beginning, Sanders promised that he would be able to get top-level talent to JSU.

“I believe that all the people that you know with a child that has D1, Power Five potential can now choose Jackson State.”

This one came true, of course, last winter when top prospect Travis Hunter spurned Florida State to come to Jackson State. He signed another top 50 recruit in wide receiver Kevin Coleman. Both players contributed to the SWAC Championship — and many speculate both players will follow him to Colorado.

Another promising was a very specific one — which also came true.

“We have 99 players that has been drafted into the NFL,” Sanders said. “I believe, up under my watch, we’re going have 100.”

That came true earlier this year when the Detroit Lions drafted James Houston, a Florida transfer, in the sixth round of the 20222 NFL Draft.

Finally, Sanders promised to bring exposure to his players — but that also came with a warning.

It was another promise kept from his introduction as Jackson State’s head coach. There were no grandiose proclamations of shining a light on all historically black colleges, impacting teen pregnancy rates and crime in the city and other proclamations that Deion Sanders made during his 24 months on the ground in Jackson. Those came a bit later. He also didn’t promise to help JSU upgrade his facilities, which he did.

As Sanders gets acclimated in Colorado, it will be interesting to compare the tone and tenor of his rhetoric at the Pac-12 school. He’s already been seen wearing a Nike hat (he never wore Nike at Jackson State, even though the brand outfitted JSU until he facilitated a change to Under Armour.) If he’s successful at keeping his promises at that school, the fans will be overjoyed just like they were at Jackson State. Until God picks up the phone and tells him it is time to move on.