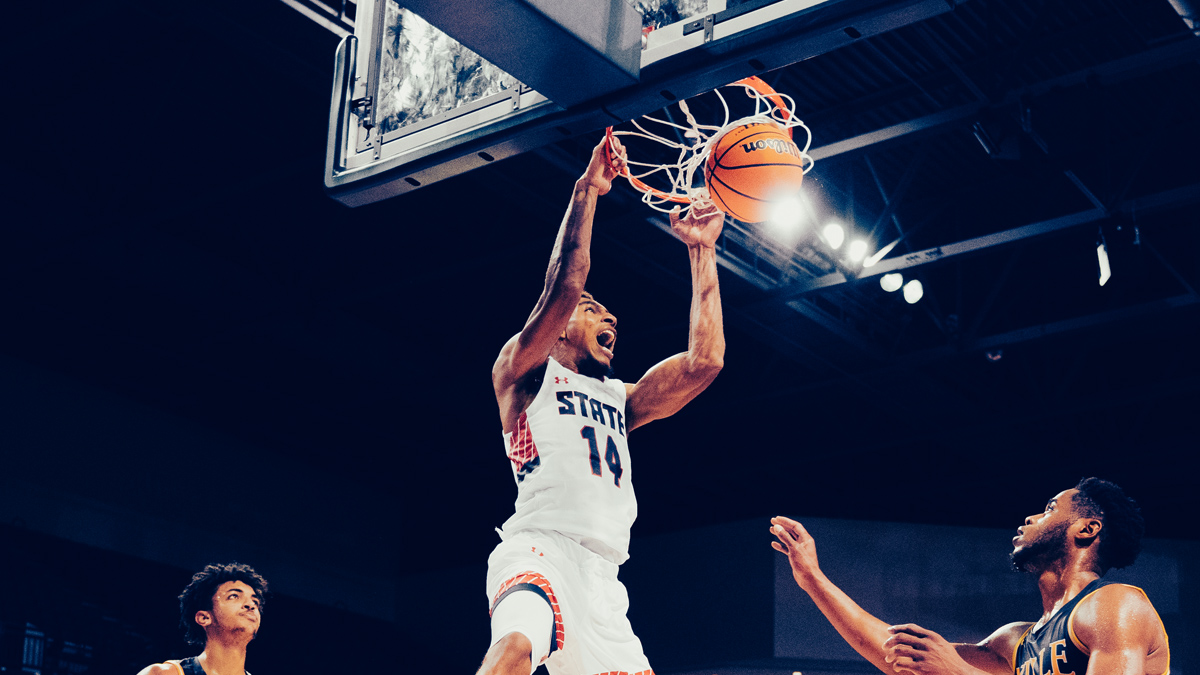 CIAA basketball looking to get its swagger back after letdown

CIAA basketball had a down year in 2022 judging by NCAA Tournament bids. It got off to a good start this weekend.

When the Division II NCAA Tournament field was announced back in March, only one CIAA basketball men’s program — conference champion Fayetteville State — was invited to the Big Dance.

Anyone who knows the history of CIAA basketball, or Division II basketball in general, knows that is a historical anomaly. The league has produced multiple national champions over the years, and generally has at least two programs in most years. But the 2021-2022 season was the first season back for the league after sitting out the entire previous season (sans Lincoln University, which played a handful of games in fall 2020) due to COVID-19.

Virginia Union head coach Jay Butler said he thought the conference as a whole took a hit due to the year off.

“It definitely hurt to sit out an entire year of not playing any basketball, not working out,” Butler said after a season-opening win against Shippensburg. “Some of our guys took classes online. They were at home for that entire year.”

Butler’s VUU squad won 23-games and made it to the CIAA Championship Game, but didn’t hear its name called on Selection Sunday. He said that served as motivation for them during the summer. That motivation carried over to this weekend as his team beat Shippensburg 60-56 on Friday night and then followed it up with a 62-49 win over Millersville on Saturday.

“We’ve been talking about it all summer. We’ve been talking about I was talking about, you know, being left out of the NCAA and Shippensburg, traditionally they’re going to be a 20-win team. So it was a game that we marked on the calendar and said we got to get it. If we want to be an NCAA team, we gotta beat Shippensburg. So I thought the guys came out focused. We got a veteran group and I thought the guys was locked in and they knew that their mission was to get to get the first one.”

Virginia Union traveled 25 minutes down the road to the home of rival Virginia State over the weekend, but the two teams didn’t play each other.  Instead, they faced off against the two teams from the Pennsylvania State Athletic Conference (PSAC), a conference located in the same region as the CIAA. Last season that conference got three teams in, including no. 1 seed Indiana University-Pennsylvania, which hosted and beat CIAA Champ Fayetteville State 65-49.

CIAA basketball is off to solid start

Like VUU, Virginia State won both its games over the weekend. VSU head coach Lonnie Blow agreed that winning the non-conference games were crucial for not only his program, but the conference as a whole.

“They’re big. They’re big for the league, they’re big for regional rankings and things like that,” Blow said. “So again, the PSAC’s one of the conferences that’s in our region. So playing those schools and playing the schools from the Mountain East always count more. They count more because when regional time comes around, they want to know, who have you beaten in your region?

The Virginia schools going 4-0 against Shippensburg and Millersville (both 20-plus win teams in 2022) was big for CIAA basketball as the league went 7-5 against the PSAC.

Winston-Salem State beat Clarion but couldn’t take down no. 3 IUP. Elizabeth City State beat Kutztown but couldn’t take down West Chester as it played in a double-header with Lincoln (PA) who lost in a buzzer-beater to West Chester but handled Kutztown. Both Bowie State and defending CIAA champion Fayetteville State failed to bring down East Stroudsburg as they played in round-robin tournaments with that PSAC team while beating new Mountain East member Frostburg State.

The two leagues will meet again several times before going into conference play, and each win is one that the CIAA needs as it looks to regain its status in the region so it won’t be one-and-done come NCAA Tournament time.

“For the conferences, it’s big,” Blow said on Friday night. “We got to make sure again we continue to win those non-conference games and especially ones that are against teams in our region.”

CIAA basketball looking to get its swagger back after letdown