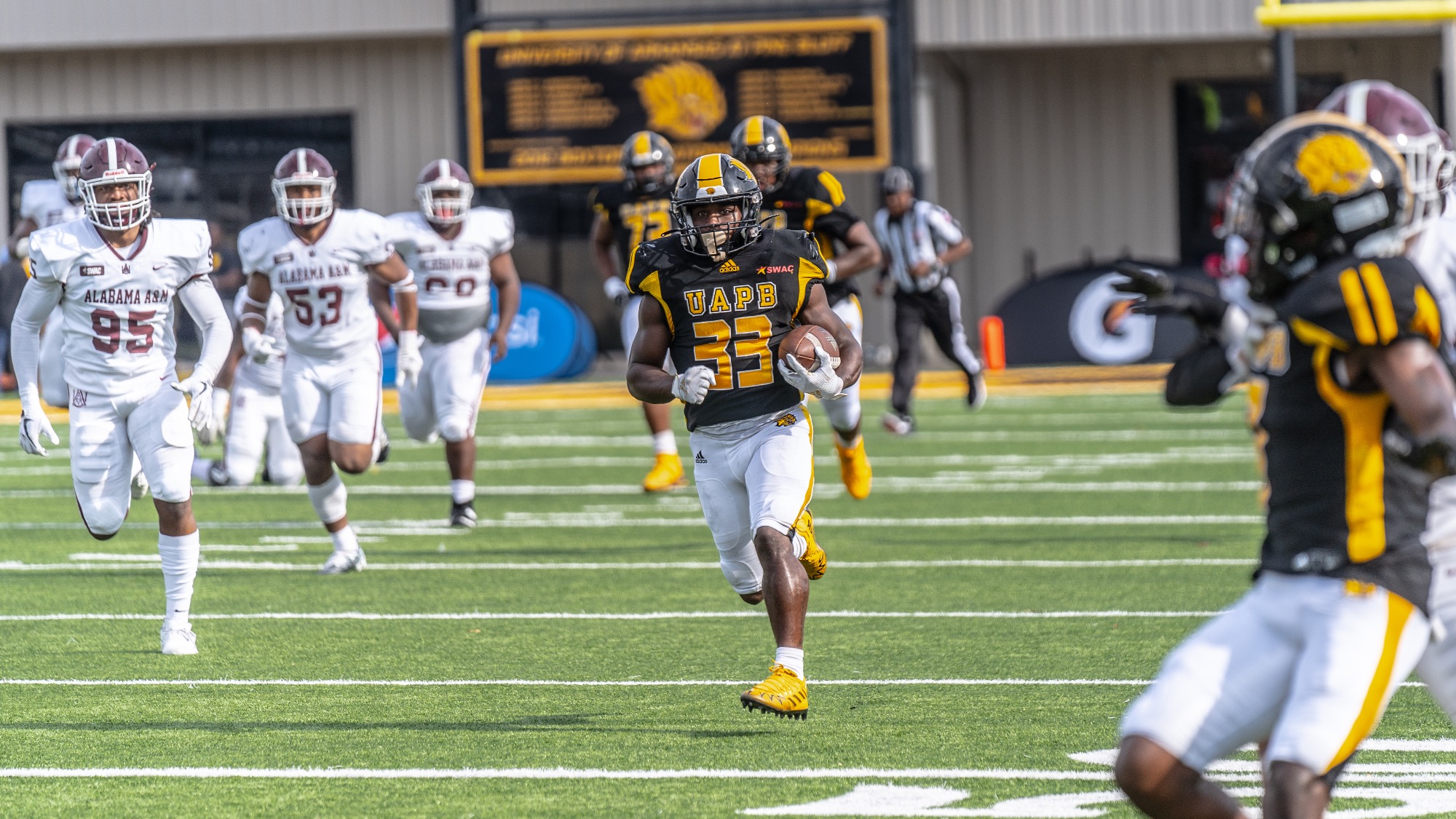 Kayvon Britten, one of the top backs in the SWAC, has decided to hit the transfer portal after a big sophomore season at UAPB.

Kayvon Britten was a bright spot in a tough season for UAPB this fall as the losses mounted up.

Unfortunately for UAPB, it is now likely to lose Britten as he has entered the transfer portal.  The running back made his announcement via social media on Tuesday.

“To start this off I want to give thanks to the coaching staff at UAPB. I’ve learned a lot these past two seasons and for that I’m forever grateful,” Britten typed in a note. “To my teammates and Golden lion nation, win, lose or draw I’ll never forget the memories we shared. With that being said, after long talks with my family I have entered my name into the transfer portal with 3 years of eligibility remaining.”

Kayvon Britten is a 5’7, 190 pound back out of Cincinnati, OH. He rushed for 231 yards on 59 carries during his freshman season in fall 2021 before having a breakout campaign in 2022. Britten’s carries increased to 199 and he responded with 1,064 yards and 16 touchdowns on the season for Arkansas-Pine Bluff — including two 200-yard plus games. He ran for 237 yards and three touchdowns in the season-opening win against Lane College. Against Alabama A&M, Britten topped those numbers with 277 yards and four touchdowns on 32 attempts.

Britten completed the season with a 160-yard, three-touchdown performance against Alabama State in the Turkey Day Classic. It was a tough season for UAPB, which went 3-8 and relieved head coach Doc Gamble of his duties prior to the end of the season.

The talented back has already drawn several offers in just a few hours in the transfer portal, reporting offers from Texas Southern and Tarleton State.