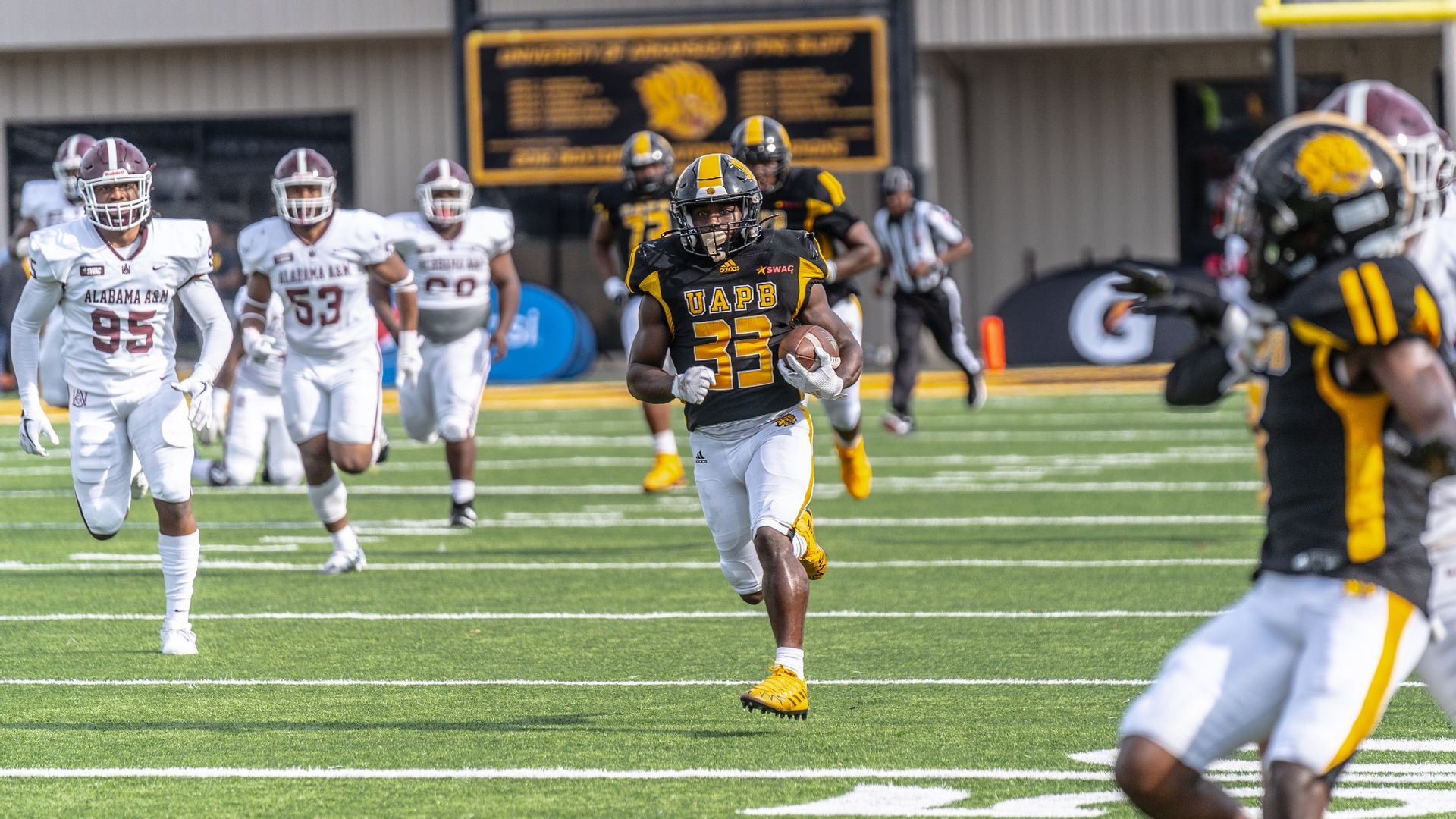 UAPB came into Montgomery looking for its first SWAC win of the season and it got it in the Turkey Day Classic.

The 2022 Turkey Day Classic is in the books, and UAPB came away with all the fixings with a win over home squad Alabama State on Thursday.

Running back Kayvan Britten rushed for 160 yards and three touchdowns, including the game-winner with less than a minute remaining, to lead UAPB to a 19-14 win in Montgomery.

Britten’s final score came from 14 yards out with just 49 seconds remaining. The two-point conversion attempt was no good, but ASU was unable to answer.

UAPB, meanwhile, took advantage of its opportunities and made big plays. Both of its first half touchdowns came on drives that lasted less than a minute-and-a-half. It went in the locker room up 13-0.

ASU finally managed to get out of its own way in the third quarter, scoring on two runs by Jacory Merritt. The first was a three-yard run, the second was a 50-yard burst to put the home team up. Merrit rushed for 91 yards on 17 carries.

Britten finished the season with 1,063 yards and 16 rushing touchdowns.