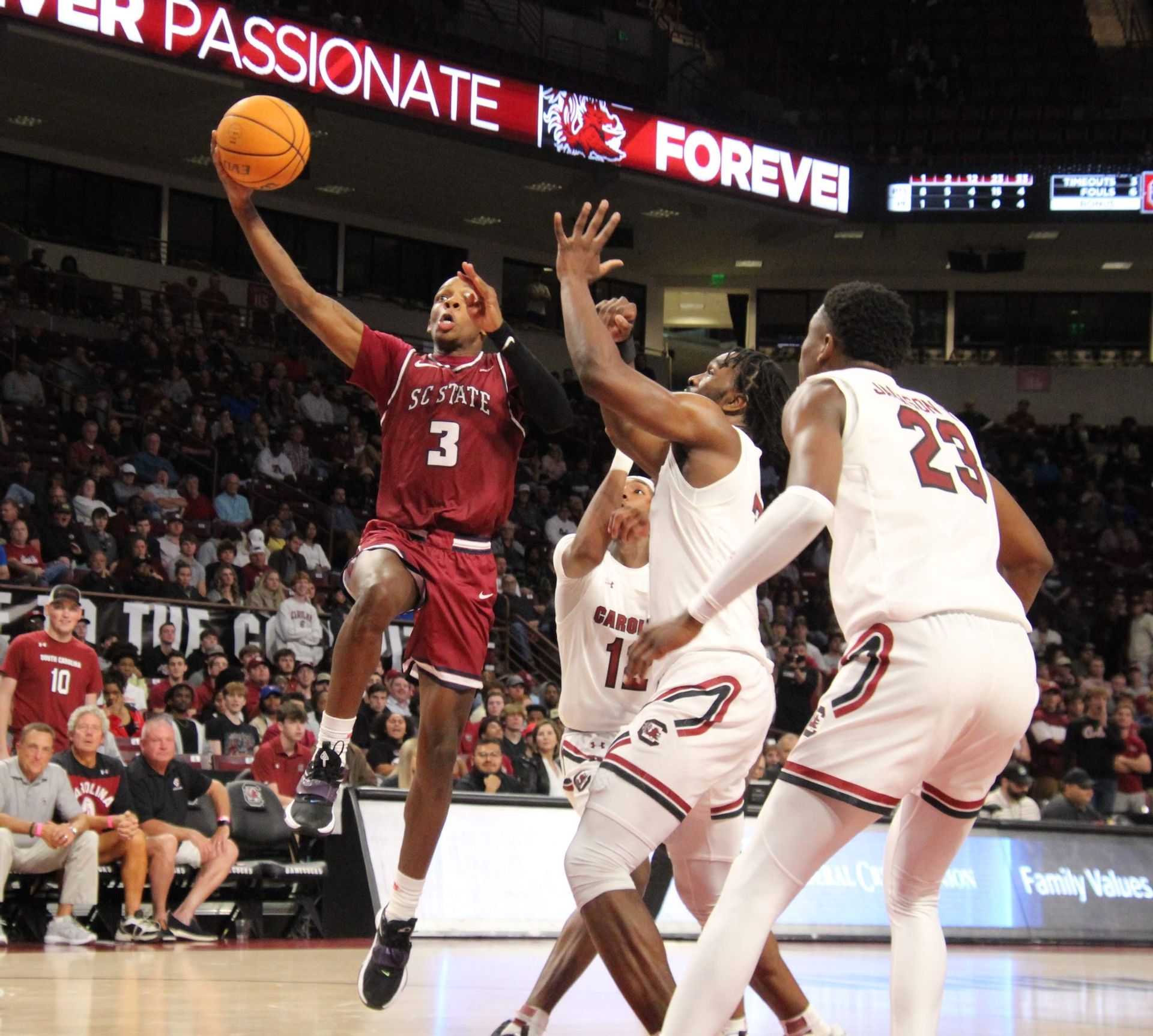 South Carolina got its first win of the season under new head coach Erik Martin by taking down East Carolina.

South Carolina State picked up its first win of the year, and its first win under new head coach Erik Martin, by knocking off East Carolina.

SC State traveled to Greenville, NC and came away with a 73-68 win on Tuesday night.

Lesown Hallums led the way for the Bulldogs, playing 38 minutes and scoring 22 points on 9-for-15 shooting from the field. The sophomore from Brooklyn hit four of his five attempts from the 3-point line while also grabbing six rebounds.

South Carolina State started the game hot offensively, shooting just under 52 percent overall (16-for-31) and 46.2 percent from 3-point range, going 6-for-13 and heading into halftime with a 39-35 lead over the hosts. It managed to hold onto the lead despite not shooting as well as it did in the first 20 minutes and come away with a five-point win.

Perhaps the stat that stood out the most was one with relatively small numbers. Neither team got to the free throw line much, with SC State hitting six of its nine free throw attempts. ECU only got to the line eight times. In SCSU’s season-opener against the University of South Carolina, it shot just half as many free throws as the home team in a 80-77 loss.

The win was a high point for a SC State program that has had a roller coaster year. After leading the program to its best record in over five years, Tony Madlock left his post as head coach following the season and took the leading scorer — his son Tony Madlock, Jr. — with him to Alabama State. The team went a good portion of the summer without a head coach before Martin was hired less than a month before school started. He had to rush to put together a roster and a schedule.

The former West Virginia and Cincinnati assistant has done that, and his team has competed well despite its 1-7 record.