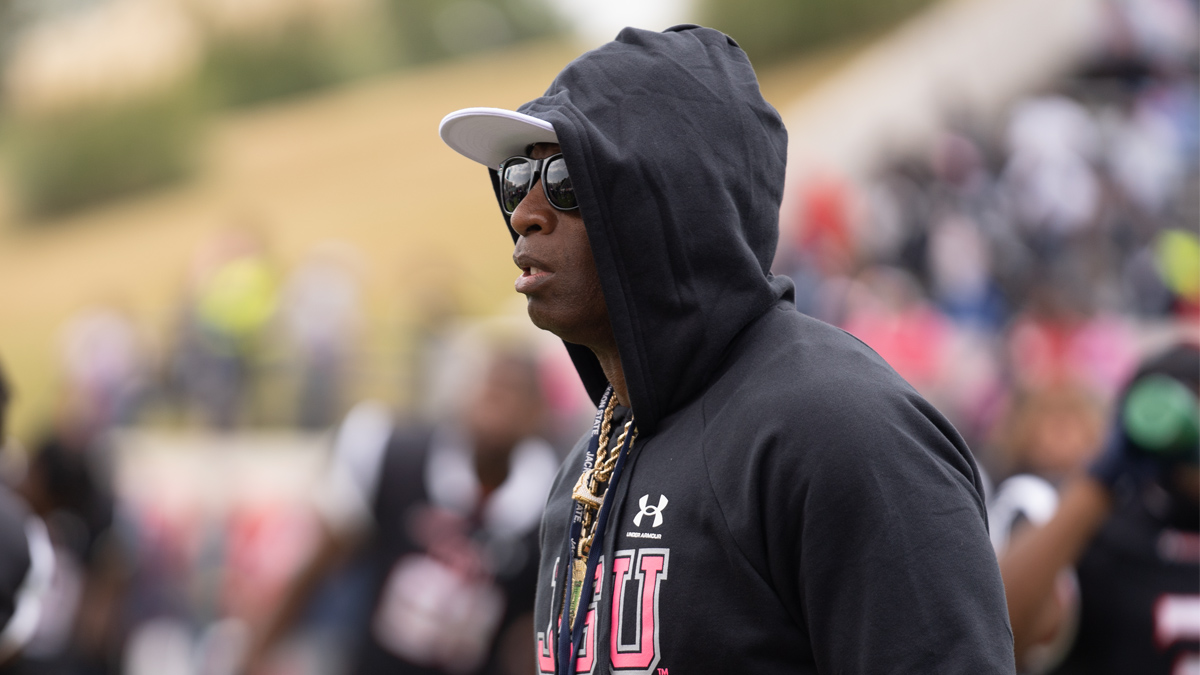 Deion Sanders didn’t avoid the question of whether or not Colorado offered him ahead of the SWAC Championship Game.

Reports have streamed in from across the country that Deion Sanders has been offered the head coaching job at Colorado.

Sanders confirmed the offer is on the table, as well as others, on a teleconference ahead of the SWAC Championship Game.

Deion Sanders and Jackson State are preparing to face Southern University in the SWAC Championship Game in Jackson, MS.

“That’s not my focus not right now. My focus is to win and be dominant. Not even to go on to the Celebration Bowl, my focus is right here in this beloved stadium to be dominant on Saturday. That’s my focus,” Sanders said. “And I keeps the main thing the main thing, and everyone that knows me, knows that about me.”

“To someone else that hasn’t been that dude, it’s somewhat intoxicating. I’ve been Prime for a long time, dawg. Attention ain’t nothing new to me,” Sanders said.

As for his team, Sanders said he’s not worried about a lack of focus.

Colorado is looking for a replacement for Karl Dorrell, who was let go after two-and-a-half seasons at Colorado.