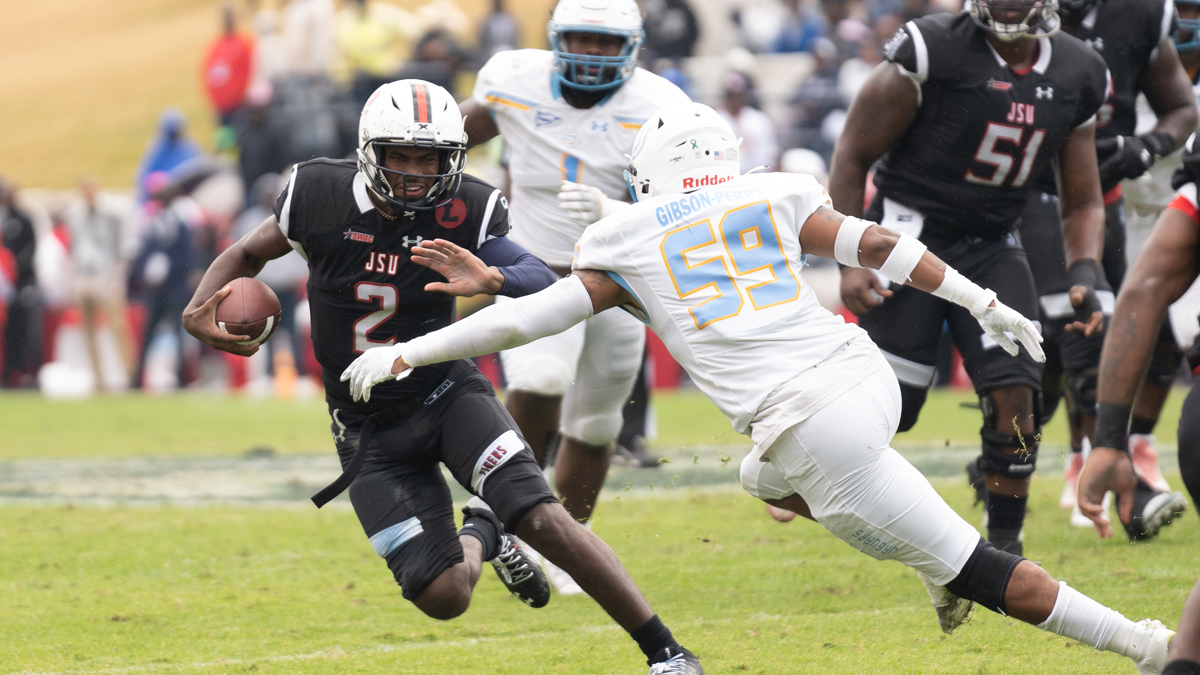 Jackson State and Southern will square off in a rematch for the SWAC Championship on Saturday.

Rivals meet again on Saturday afternoon in the Boom Box Classic. No love is ever lost when Jackson State and Southern meet. These teams will be competing to keep their current winning streaks intact. JSU has won 11 straight, while SU’s streak stands at two. The last time these teams met was back in October. Jackson State won by a score of 35-0. They’ll surely hope to repeat that performance.

The Tigers will look to continue to prove they are one of the top squads in the country. They’ve had no trouble putting up points so far this season, averaging 38 per contest. The Tigers’ defense is conceding an average of 217 yards and 10 points per game.

Quarterback Shedeur Sanders will continue to have his eyes on the end zone for Jackson State. Sanders arrives having passed for a school-record 32 touchdowns.

Jackson State went 11-2 in 2021, including a win at home against Prairie View A&M in the SWAC Championship Game. It will be looking to remain undefeated at home, as it is currently 4-0 at the Vet, averaging 43 points per game in those match ups. Jackson State has won 2 straight match ups against Southern since Nov 14, 2021.

The Jags’ 5-3 record in conference plays helped them claim the top spot in the SWAC West. It is averaging 32 points per contest, while accumulating a total of 48 touchdowns so far this year. Their defense has allowed an average of 20 points per game this season.

Quarterback Besean McCray will be leading Southern in this one. McCray has averaged 147.2 pass yards per game with season totals of 13 touchdowns and eight interceptions thus far this season.

Southern loves to target its backs, with 26 percent of its receptions coming from the running back position.