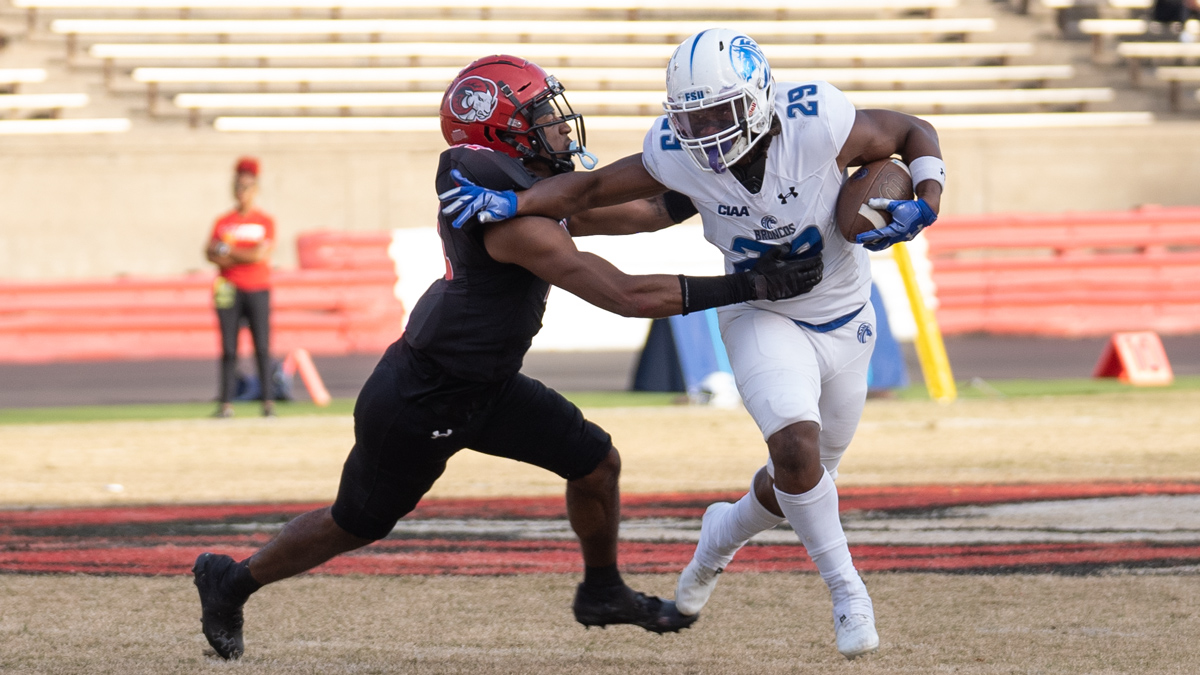 Fayetteville State still has some homework to do, but the rest of the CIAA South needs serious work.

The CIAA football season has come and gone, which means it is time for grades. We’ll start off with the CIAA South and finish with the CIAA North.

Fayetteville State (9-3) – The abrupt exit from the first round doesn’t really do the Broncos justice, especially given that FSU became one of the last 28 teams playing in Division II football when the playoff selection field was announced.  Even then, the Broncos were able to move the ball at times, but just couldn’t keep up with a very high powered Delta State team.  That playoff selection was the first time FSU made the playoffs in 13 years and was sort a garnish when compared to the main course – breaking a decade plus CIAA championship drought. FSU also won a non-conference game against local rival UNC-Pembroke for the first time ever this season.  The Broncos persevered despite having a revolving door at quarterback, an uncharacteristically shaky running game, and a new offensive coordinator for the fifth straight season.  The defense was rock solid, and its special teams was clutch when needed.

The future remains bright, as much of its team should return next year, including that vaunted defensive line of Cameron Merrell, John Oxce, and Devin Cowan. Taking the next step means winning more out-of-conference games, and it desperately needs more offense to do that. Needs: The secondary is likely losing some key pieces to graduation, including star Brandon Barnes-Brown. Running back is a need in order to help with reestablishing itself as a force on offense.  Kicker and punter may also be a need, as both Elton Andrew and Jacob Young have exhausted their eligibility.

Shaw (4-6) — Injuries were the spoiler for the Bears, who a projected contender for the CIAA Southern Division crown.  Instead, the Bears joined much of the conference in shuffling quarterbacks in an attempt to jump start its passing offense.  The vaunted three headed monster at running back didn’t make as much of a ripple in key games.

Highlights for Shaw include its win over then-ranked Bowie State,hanging tough against its out-of-conference opponents Wingate and Wayne State, and running back Andre Brandon, Jr. 306 yard rushing performance to notch a homecoming win against Livingstone.  Lowlights include giving Winston-Salem State its first win of the season, and losing to Johnson C. Smith.

This team was young, and big names such as running backs Brandon and Sidney Gibbs, defensive backs Akeythio Carson, Jay Boyd, and Jaden Clark, and linebackers Kareem Butler and Joerail White should return.

Needs: Quarterback is a big one given how its current crop performed.  Defensive line is another one, especially given how few sacks (11) that unit had all season, the opposite is true for the offensive line, who gave up 31 sacks.

Livingstone (4-6) — The C- grade includes the conference’s other set of Bears.  The Livingstone Blue Bears broke a 24-year losing streak to WSSU, and three of its last six games to improve on last season’s win total.  The coaches found a gem last year in defensive back Kevin Larkins, Jr., who lead the conference in interceptions as a freshman.  Another freshman, Silas Cruse rejuvenated the passing attack, and the defense had its flashes against softer competition.  Most of this team should be coming back, including linebacker Jaden Echols, Larkins, and Cruse, though starting defensive lineman Malik Head has already announced his intent to transfer.

Winston-Salem State (3-6) — WSSU managed to take what was a rather soft schedule and still post a losing record.  The Rams was probably on the extreme end of coaches throwing everything they had on the field to see what would work.  The Rams played four quarterbacks this season before settling on true freshman Bryce Jackson.  Jackson was the most successful of those quarterbacks and steered the Rams to its three wins.  WSSU was very intent on running the ball, and the lack of diverse play calling made it easy for defense to plan.  The secondary continued to shine as a unit as well.

Needs: The offensive and defensive lines is likely going to need rebuilding with the volume of losses it is going to experience due to exhausted eligibility.  Key losses there include Kendyl Graves and Karron Jeter.  Quarterback is also a need, especially for potential insurance if Richard Latimer does not return.  Dominique Graves is graduating.  The secondary also loses Deiontae Jones, a key starter.

Johnson C. Smith (2-7) — JCSU entered this season on a rather promising note, with a flashy rebuilt offense that lit up Bluefield State for the first three quarters of opening day.  Then, it collapsed with an overtime loss.  That theme played out through much of the season’s first half, as they lost one close game after another. In total, JCSU lost six games by a touchdown or less.  To add insult leading to injury, Golden Bulls’ offensive line did not adequately protect starting quarterback Tyrell Jackson or backup Malik Evans, both who suffered injuries that kept them out for long stretches.  Wins against ECSU looked promising, but youth just undid JCSU down the stretch. The running game clicked well, and wide receiver Brevin Caldwell was a stud.  Sharrod Simmon paced the defense and was one of the conference’s leading tackler. Other key returners include running backs Tim Jr. and Jacob Newman, and defensive back Latrae Bass. Running back Tyreik Leach, a key player in the offense, intends to transfer.

St. Augustine’s (1-9) —SAU stays out of an F grade by virtue of its win over CIAA South foe JCSU.  Still, SAU’s offense and defense was problematic. The defense gave up 446 yards a game, along with 45 points, and scoring defense was fourth worst nationwide.  The offense cycled through injuries, and by the season’s end, had turned to former high school quarterback turned college wide receiver Deandre Proctor to guide the offense.  There wasn’t a ton of great highlights, though the Falcons put up fights in several games, including the overtime loss to Shaw in the Raleigh Classic.  Proctor should return, and there’s a possibility that the Falcons may have stumbled upon something with him at quarterback.

SAU has very few upperclassmen, but losing defensive linemen Marcus Davis to exhausted eligibility is a big loss.  Tight End Leon Goldsborough has stated his intent to transfer. Linebacker Lee Sales, the leading tackler, should return.  Needs: Yet another team that struggles with line play, SAU needs help in the interior on both lines.  They could also use a boost at wide receiver to pair with Proctor and Jordan Black, or more help if Proctor plays more quarterback next year.  The secondary also needs help to slow down opposing teams’ passing game.

Needless to say, Summer School will be vital for the CIAA South heading into 2023, because this isn’t going to cut it. Or shouldn’t.