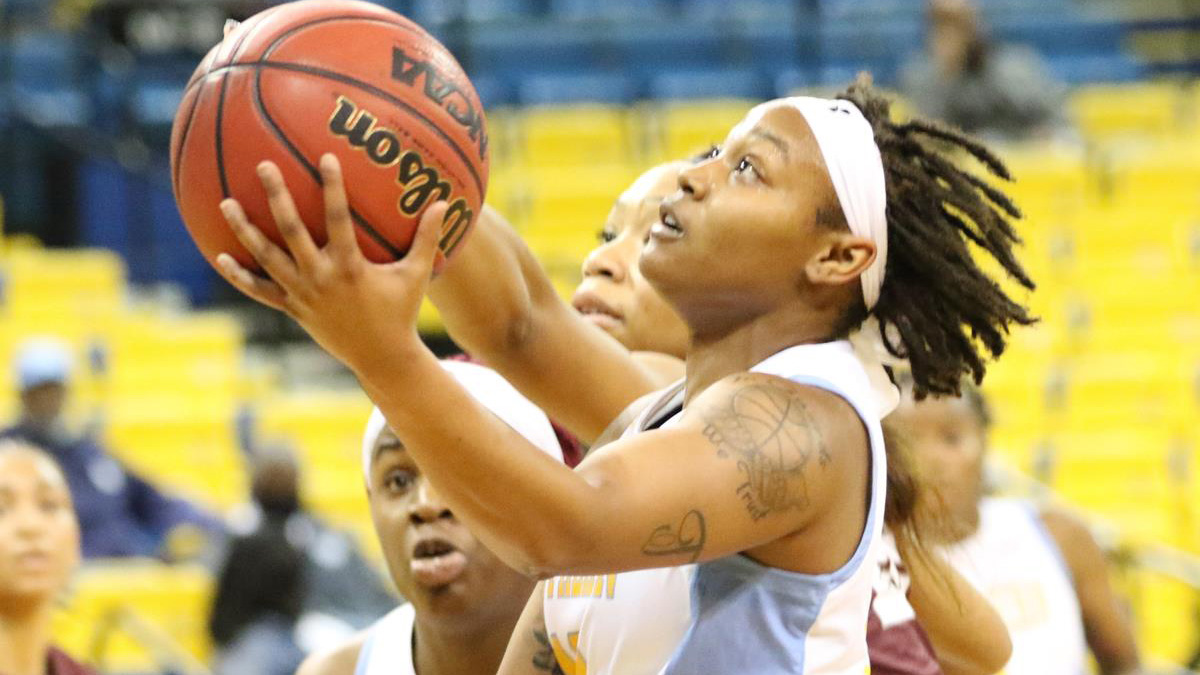 The Southern University women picked up an easy win over LSU-Shreveport on Monday night.

Southern dominated LSU-Shreveport by a score of 77-36 at F.G. Clark Activity Center on Monday evening. The Lady Jaguars had the upper hand in this one, going into half with a 17-point lead and outscoring 39-15 in the final 20 minutes.

Tyneisha Metcalf led the way for SU, putting up 15 points. It wasn’t just Metcalf though, the Lady Jaguars’ offense was humming on all cylinders, pouring in 1.14 points per possession on 52% shooting from the field. They clearly placed an emphasis on putting up deep shots, knocking down 12-of-20 three-point attempts.

Tahjea Smith scored 11 points while Chelsey White added another nine to lead the way for LSU-Shreveport. As a team, struggled to get things going offensively, scoring just 0.51 points per possession on 29% shooting from the field. Even the uncontested attempts were not falling, as went a paltry 7-of-15 from the free throw line.

SU’s record improved to 1-3 with the win. Its next game (Dec. 1) looks to be an interesting matchup. The team will take on Oregon St. who is in the midst of a winning streak. On the other side, LSU-Shreveport fell to 4-2 with the loss. Its next chance at a win is on Nov. 29 against Louisiana.