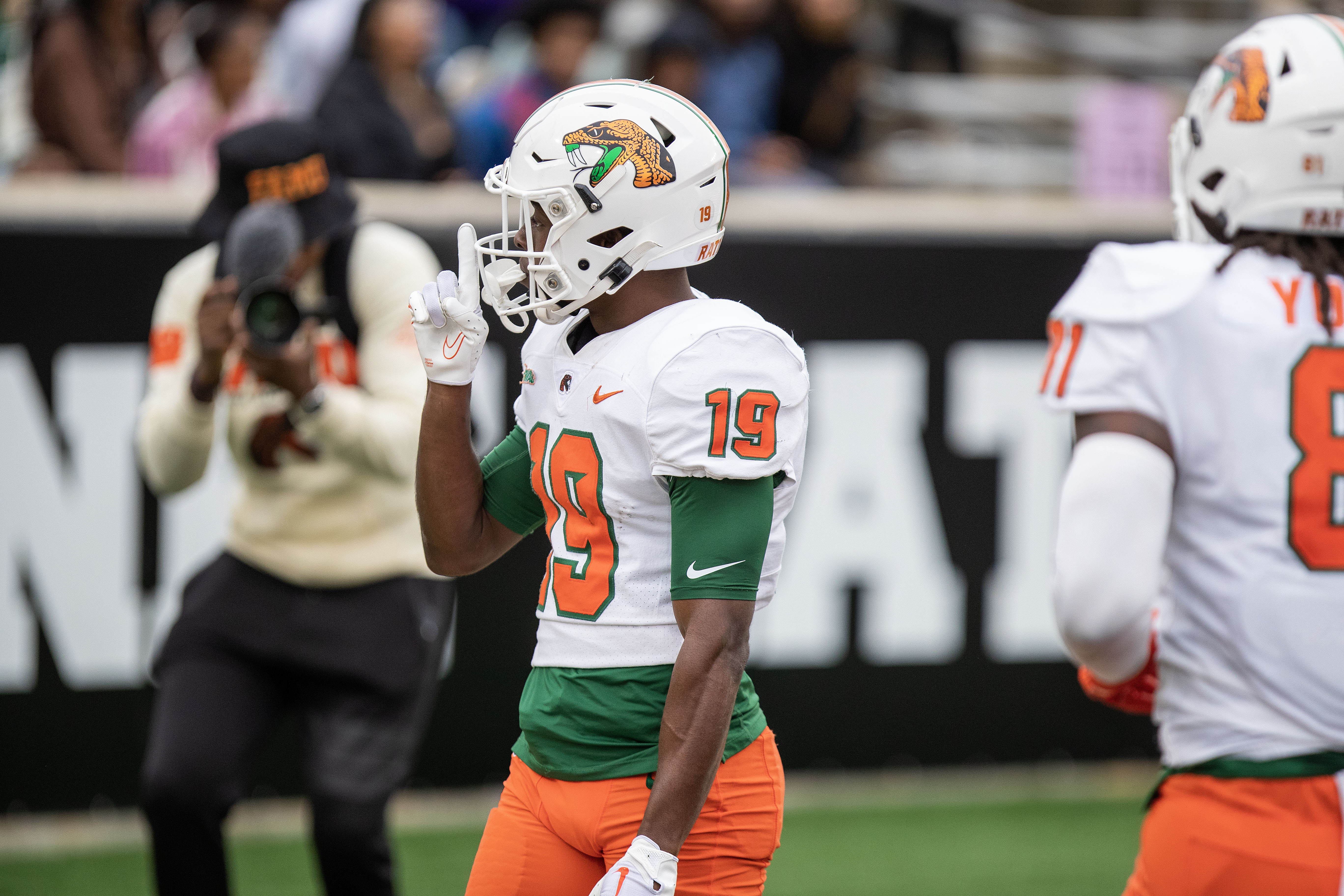 Florida A&M was left out of the FCS playoffs. What can HBCUs learn from it?

FAMU had another 9-2 season, but this time there was no playoff bid. Here are a few differences between 2021 and 2022.

The FCS Playoffs field has been announced and Florida A&M is in the outside looking in this year.

FAMU finished 9-2 this season, winning its final nine games in a row after an 0-2 start. That record was identical to its record last year when it received an at-large bid.

Florida A&M head coach Willie Simmons was understandably disappointed by the news, coming off the high of a win in the Florida Classic over Bethune-Cookman.

“My heart just goes out to these young men. They’ve fought for this program. They’ve done more than they’ve ever asked and they did what they needed to do on the football field to show that they were deserving of an opportunity to play for a national championship,” Simmons said. “This is a resilient group of guys, again, I hate it for the seniors but what better way to send them off than a resounding win in the Florida Classic. I’m proud of ‘em. Words don’t do justice with what I feel this program and about these young men. My heart just continues to go out to them.”

So the question is — why was FAMU left out of the playoffs. The answer is a complicated one.

Florida A&M played a D2 school — so what?

However, FAMU made the playoff field last year with the same record with another D2 program from the SIAC on its schedule. Fort Valley State was 5-5 in 2021, compared to Albany State’s 7-3 record this season.

Meanwhile, Furman, the runner-up in the Southern Conference, got into the playoffs with a win over D2 North Greenville. NGU finished 3-8 this fall.

It’s also noteworthy that none of the other bubble programs — Austin Peay, Chattanooga and Rhode Island — scheduled D2 teams. Yet all were left out at 7-4 just like FAMU at 9-2.

Florida A&M has kicked off each of the past two seasons in Miami, hosting Jackson State. Both games were highly anticipated. JSU won both matchups, leaving FAMU in a hole in its division from the start of the season. The difference between 2021 and 2022 is that a one-point margin in 2021 became a 56-point pounding in 2022. Yes, Jackson State is 11-0 and ranked top five in the coaches poll, but that blowout loss spoke volumes, especially as teams later in the season have played JSU much closer.

FAMU had a common non-SWAC opponent on its schedule from 2021. That would be South Carolina State University. FAMU dominated SC State in 2021 in Tallahassee. And, of course, SC State would go on to win the MEAC last year and beat Jackson State in the Celebration Bowl. Fast forward a year, and FAMU needed to hold on for a six-point win. And this year’s SC State team finished the season 3-8, with one of those wins coming against VUL. So SC State was worse, yet played FAMU tighter.

Last year’s FAMU team had two wins over above .500 teams — South Carolina State and Alabama A&M. This season’s FAMU squad had the same number of wins against above .500 programs, beating Alabama State and Southern. The record of those programs is 28-56, a winning percentage of 33 percent. FAMU didn’t play Prairie View (6-5), but it did play Bethune-Cookman, Mississippi Valley and Arkansas-Pine Bluff, all two-win teams.

The elephant in the room

Last fall, the chips fell in place for FAMU to break through and become the first SWAC squad to get a bid to the NCAA playoffs since Jackson State in 1998. It went on the road to face Southeast Louisiana and was dominated 38-14 in a first-round exit. You can argue whether or not that should matter to a playoff selection committee — it’s not on the criteria for an at-large bid — but these are still humans voting at the end of the day.

While it isn’t the ending they wanted, Florida A&M can still feel good about a third-consecutive nine-win season under Willie Simmons. Not many programs can say that. But its clear that if you are going to get an at-large bid into the FCS playoffs as an HBCU program, you’d better dominate the field and hope that you pay the right opponents. Neither of those happened this year and as a result, FAMU will have to wait until 2023 to make another case.

Florida A&M was left out of the FCS playoffs. What can HBCUs learn from it?