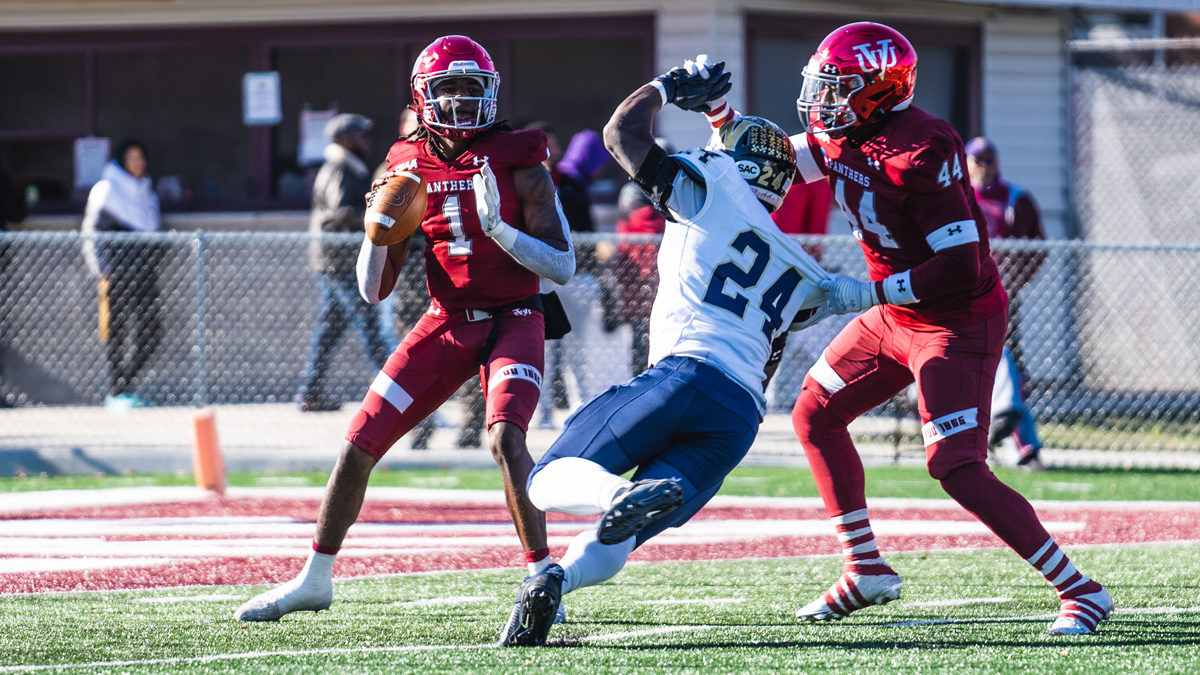 Wingate’s defense forced Virginia Union into mistakes and took advantage of them to pull off the playoff win.

It was a sunny, cold day on the field as Virginia Union hosted Wingate in the first round of the Division II playoffs. But a cloud emerged over Hovey Field Saturday afternoon — the Wingate defense.

Wingate had its way with Virginia Union, knocking off the fourth seed in the Super Region with a convincing 32-7 win. The defense was responsible for two touchdowns and a safety as it harassed quarterback Jahkari Grant and the VUU offense for much of the afternoon — picking Grant off twice for scores and luring the offense into a safety.

Grant was sacked seven times in the loss and the VUU offense was held scoreless until midway through the third quarter when Grant connected with John Jiles for a 48-yard touchdown.

The VUU defense did a solid job as well, limiting Wingate to 275 yards and 5-of-13 on third-down attempts. But it wasn’t nearly enough to overcome the self-inflicted wound that the offense incurred. It clearly wasn’t the result that VUU was looking for, but Parker told his team it had plenty to be proud of this season.

“This team still made some history this year, so we’ll hang our hats on that and not necessarily let today be the defining moment of this team,” Parker said. “It’s an assessment. We played 11 ball games this year. We won that, you know, so, you know, it’s not a lot that has to be changed or has to be corrected. But, you know, it gives us a good glimpse of what we need to do for that.

Indeed, it was another historic day for Virginia Union running back Jada Byers. He was held to just 119 yards on 28 carries — and no scores — but his rushing total set a new CIAA record. He finished the season with 1,920 yards, eclipsing the old conference record set by former Winston-Salem State star and NFL running back Richard Huntley.

“It was a great season. I always tell people  had the best front-five in the nation, and in my eyes, I still do.”

Wingate improved to 10-2 and advanced to take on Benedict College, the champions of the SIAC. That game will be played in Columbia, SC.

319
The Latest in HBCU Sports and Culture