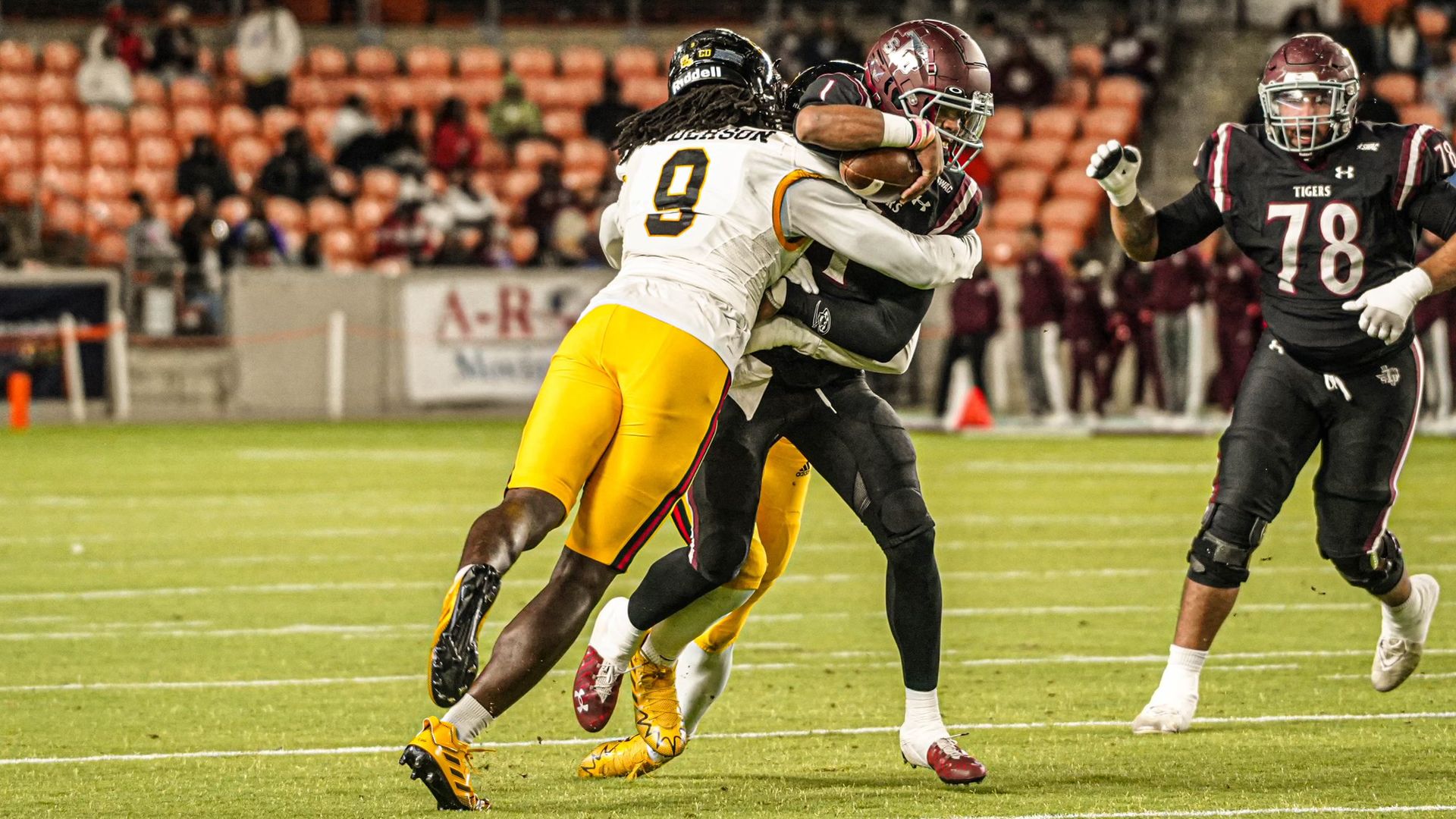 After losing against Grambling the last time they met, Texas Southern finally got their revenge on Saturday evening

After losing against Grambling the last time they met, Texas Southern finally got their revenge on Saturday evening, winning 41-7.

Texas Southern’s Andrew Body led the charge through the air. He threw for 190 yards to go along with a season high two touchdowns. TXSO put an emphasis on valuing the ball, as they did not commit any turnovers all game. On top of that, Texas Southern’s secondary locked in. They held Grambling to just 5.1 yards per pass attempt.

Grambling could not contain Texas Southern’s pass rush, giving up six sacks for 25. On top of that, Grambling’s defense couldn’t handle the Tigers’ running game, giving up 5.5 yards per carry. However, Joshua Johnson pulled down a season high one receiving touchdown to keep the matchup within a score.

Texas Southern made up ground in the SWAC – West race with today’s win, they are now one game behind Prairie View A&M. Next weekend’s road game against Alabama A&M could be a good opportunity for a win. The loss was a setback for Grambling, who had put together a string of wins heading into today’s game. Thankfully they’ll have extra time to make corrections before their November 26 contest against Southern.