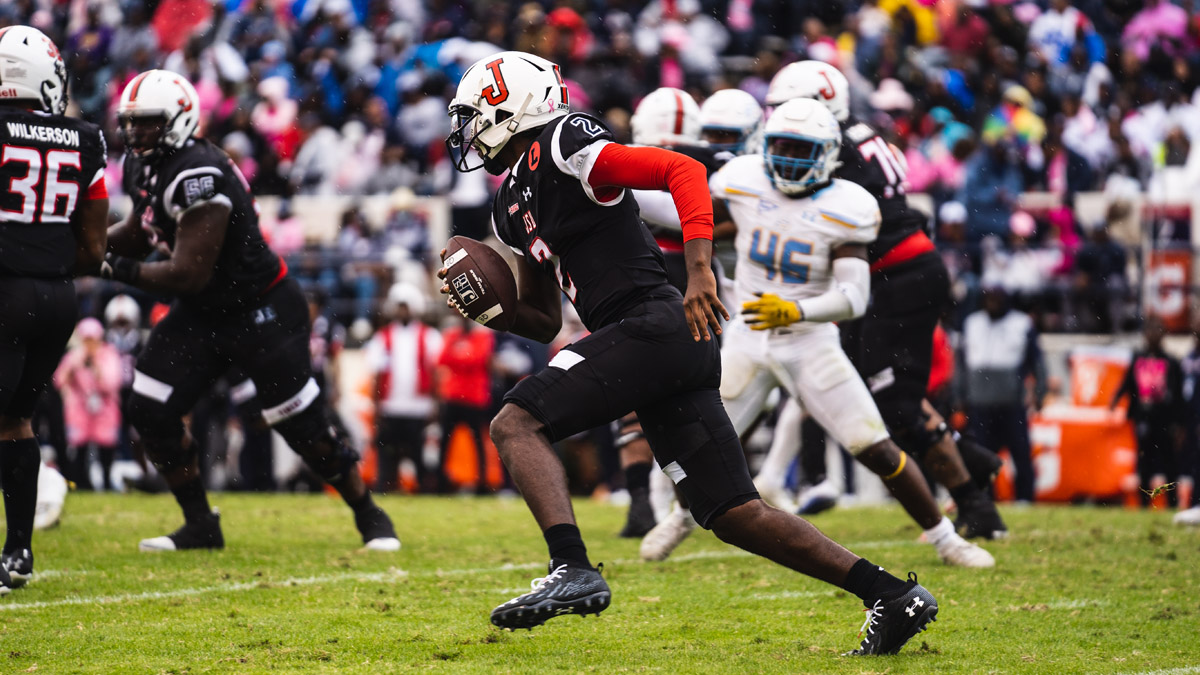 Jackson State improved to 10-0 to clinch the SWAC East title, but it had to finish without Shedeur Sanders.

Shedeur Sanders was putting on a show until he got hurt, but Jackson State still managed to keep its streak alive.

Jackson State defeated Alabama A&M on Saturday evening by a final score of 27-13 in the Gulf Coast Classic.

Shedeur Sanders led Jackson State’s aerial attack with 183 yards and four touchdown passes. Down the field, Sanders was primarily looking for receiver Shane Hooks, who finished with five receptions for 87 yards and one touchdown. As a unit, JSU’s offense was efficient and often times explosive, amassing 353 total yards.

However, Sanders went down after taking a hard hit in the third quarter and never returned. Backup J.P. Adandre, a transfer from Ohio State, finished the game at quarterback.

Alabama A&M made some costly mistakes on Saturday, giving up six penalties. Beyond that, their offense just seemed out of sync at times. They couldn’t keep pace with JSU. Donovan Eaglin was a noticeable bright spot. He rushed for 89 yards and one touchdown to lead Alabama A&M in the loss.

Jackson State maintains a perfect record that will be tested heading into its next game. The string of victories continue helped clinch the SWAC East title. JSU will hit the road for its next test, a Nov. 19 matchup against Alcorn State. For Alabama A&M, it was another weekend of disappointment. It has now lost three games in a row. Alabama A&M will end its season by welcoming Texas Southern to Louis Crews Stadium.